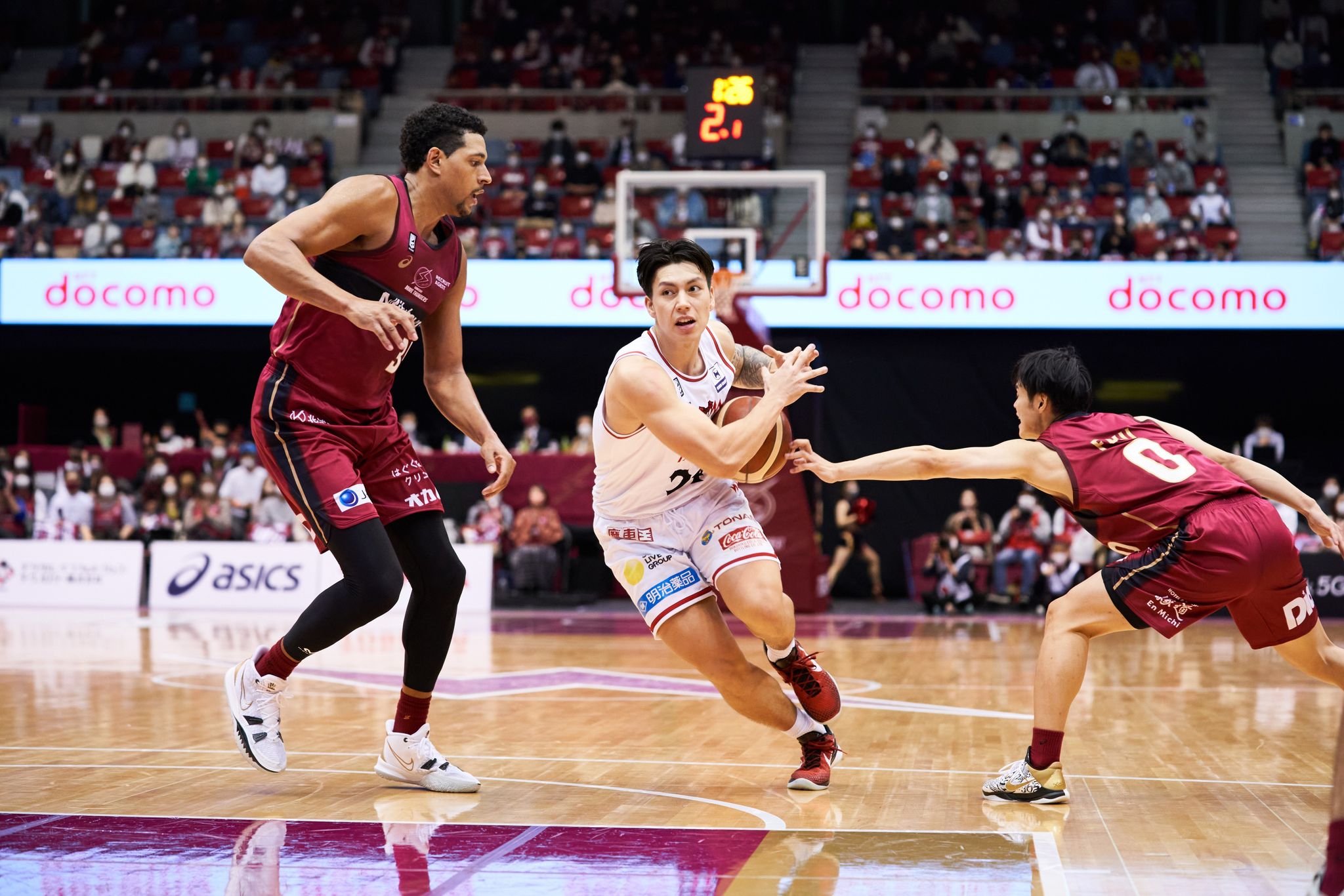 Dwight Ramos and Toyama could not overcome Kawasaki, absorbing a close 87-91 defeat in the 2021-22 B.League season, Saturday at the Todoroki Arena.

Down 85-78 with 1:42 left, Ramos pickpocketed Nick Fazekas for a breakaway layup to keep the Grouses within striking distance of the Brave Thunders.

Julian Mavunga then scored after another Toyama stop 29 seconds later to cut the lead down to three.

Fazekas, though, proved just too tall for Ramos.

The 6-foot-10 naturalized Japanese player, who was being manned by the 6-foot-4 Ramos, cleaned up a Satoru Maeta miss.

Though Joshua Smith was able to answer back on the other end, Fazekas nailed a shot clock-beating floater with 16 ticks left to answer right back.

Mavunga drained a desperation three afterward to give Toyama one last shot for an upset. However, Yuma Fujii made his two free throws and with no timeouts left, Ramos had no other choice but to heave a Hail Mary that missed to close out the game.

Ramos had 13 points on 5-of-10 shooting with seven assists, four rebounds, and two steals for the Grouses, who fell to 1-9 in the west.

Fazekas led the Brave Thunders with 27 points on 22 attempts.

Fujii got 23 points on 8-of-10 shooting from the field and 4-of-6 from downtown while Pablo Aguilar and Maeta had 12 and 11 points, respectively.

The two teams take on each other again tomorrow at 3:05 PM.