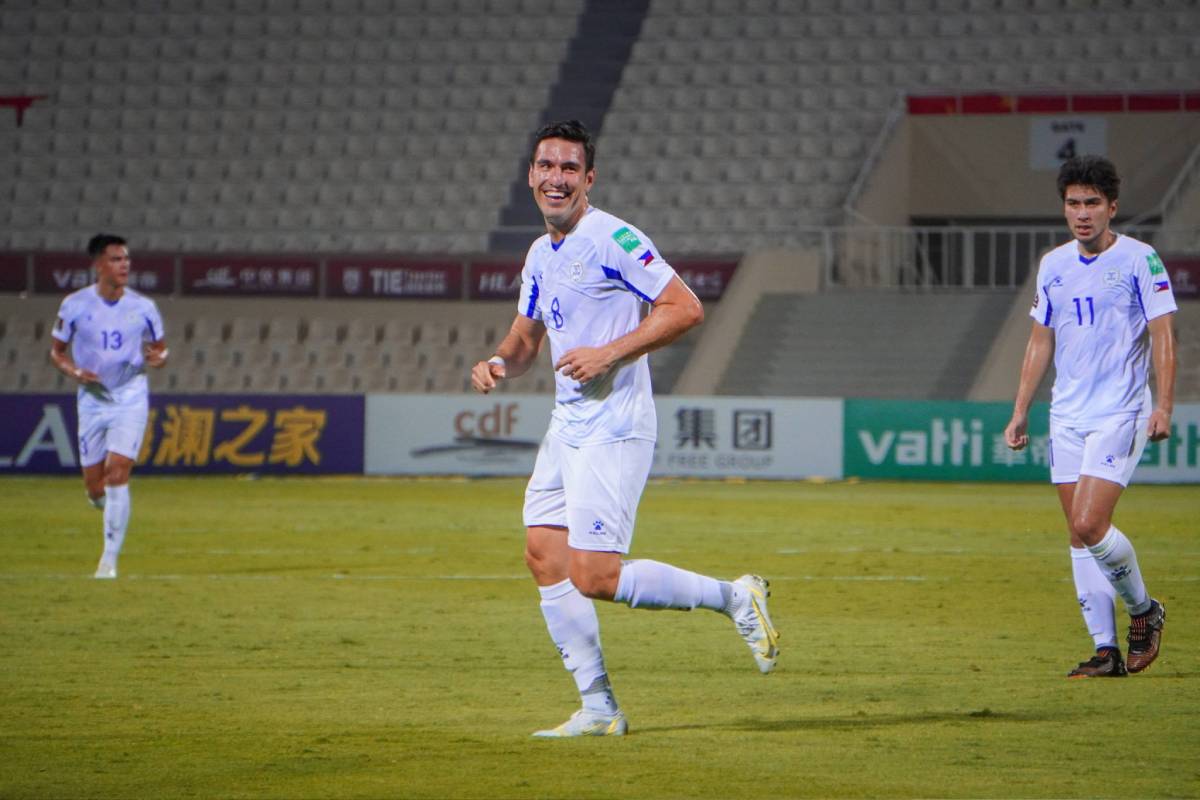 The result leaves Scott Cooper’s team in 3rd place in Group A. They have 11 points on the back of three losses and wins alongside two draws. The final tally is a point more than what the country achieved in the same joint qualification round of the previous editions of both tournaments.

“We came third in the group,” commented Cooper. “We got 11 points. That’s the most points any other Azkals team has ever got and so we’ve probably made sure we’re a pot one team in the Asian Cup. We are in the top two or three finishers in the ASEAN region for this World Cup qualifying.”

Despite having already secured passage into the final qualifying round of the 2023 AFC Asian Cup, the Filipinos started aggressively. They successfully broke the deadlock 19 minutes into the contest. Angel Guirado clinched his 10th goal in national team colors when he volleyed the ball past Maldives goalie Mohamed Faisal.

However, the Azkals suffered a setback six minutes later. Maldivian forward Ali Fasir eluded the Philippine backline to draw level with a fine strike away from the hands of Filipino stopper Bernd Schipmann.

Come the second half, the Filipinos had the bulk of the possession but failed to make the most of it in the final third. Substitute midfielder Mike Ott had a sniff at goal, but his attempt went straight towards Faisal.

“(Maldives) possessed the ball better,” admitted Cooper. “We’ve seen against China and Syria that they’ve got a well-balanced team. They pass and move. Their coaches obviously have a big influence on the possession game, which is very good.”

Just before the end of halftime, Cooper brought on Kevin Ray Hansen for Schipmann; Mike Ott for Guirado; and Martin Steuble for Mark Winhoffer. Jarvey Gayoso, and Diano then replaced Mark Hartmann and Justin Baas respectively deep in the second half.