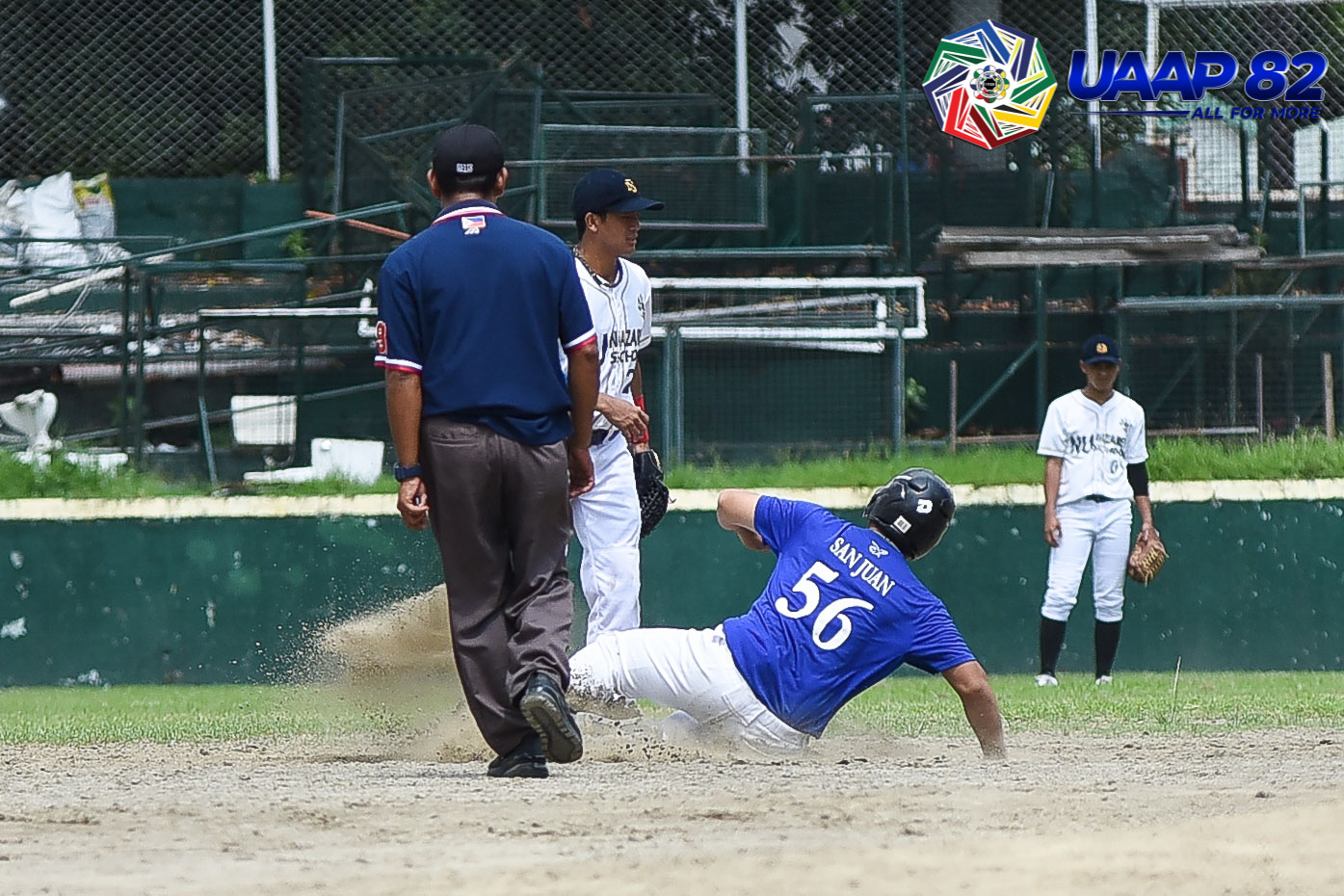 In an unpredictable last day in the UAAP Season 82 Juniors Baseball elimination round, Ateneo ended up booking the first of two tickets to the best-of-three finals.

The Blue Eaglets, the Bullpups, and the Jr. Golden Sox ended up knotted in the standings with identical 4-2 slates. Ateneo though allowed the fewest runs during their encounters with the two squads that resulted in it gaining the Finals berth.

“As I said, we are relieved to be in the Finals after all of this but the work is not yet over,” said Ateneo Baseball program director Randy Dizer. “We are still the underdogs here against NU and UST. Ang advantage lang namin is we have been playing for the last four years together.”

After seeing UST win earlier in the day, Ateneo battered NU, who started the season with a 4-0 slate.

Already down 2-0 entering the third inning, the Bullpups figured in a nightmare frame, allowing nine runs on eight hits that turned the game into a rout.

Matthew San Juan was on fire on the bat, going a perfect 3-of-3 built on two doubles and a single. Joaquin Mendoza had three RBIs while Kean Agcaoili and Joaquin Casanova had a couple as well.

It did not help that NU’s set-up pitcher Jerico Quilantang missed his second straight game due to chickenpox.

The Junior Golden Sox, on the other hand, leaned on a strong third inning against the Junior Green Batters.

DLSZ pitcher Charles Calvadores could not find the strike zone that walked both Kenth Porras and Nicolas Erlano. A base hit by Alwyn Pinero knotted things up while a sacrifice fly and a grounder by Mark Abella and Byran Camarsi put UST up for good.