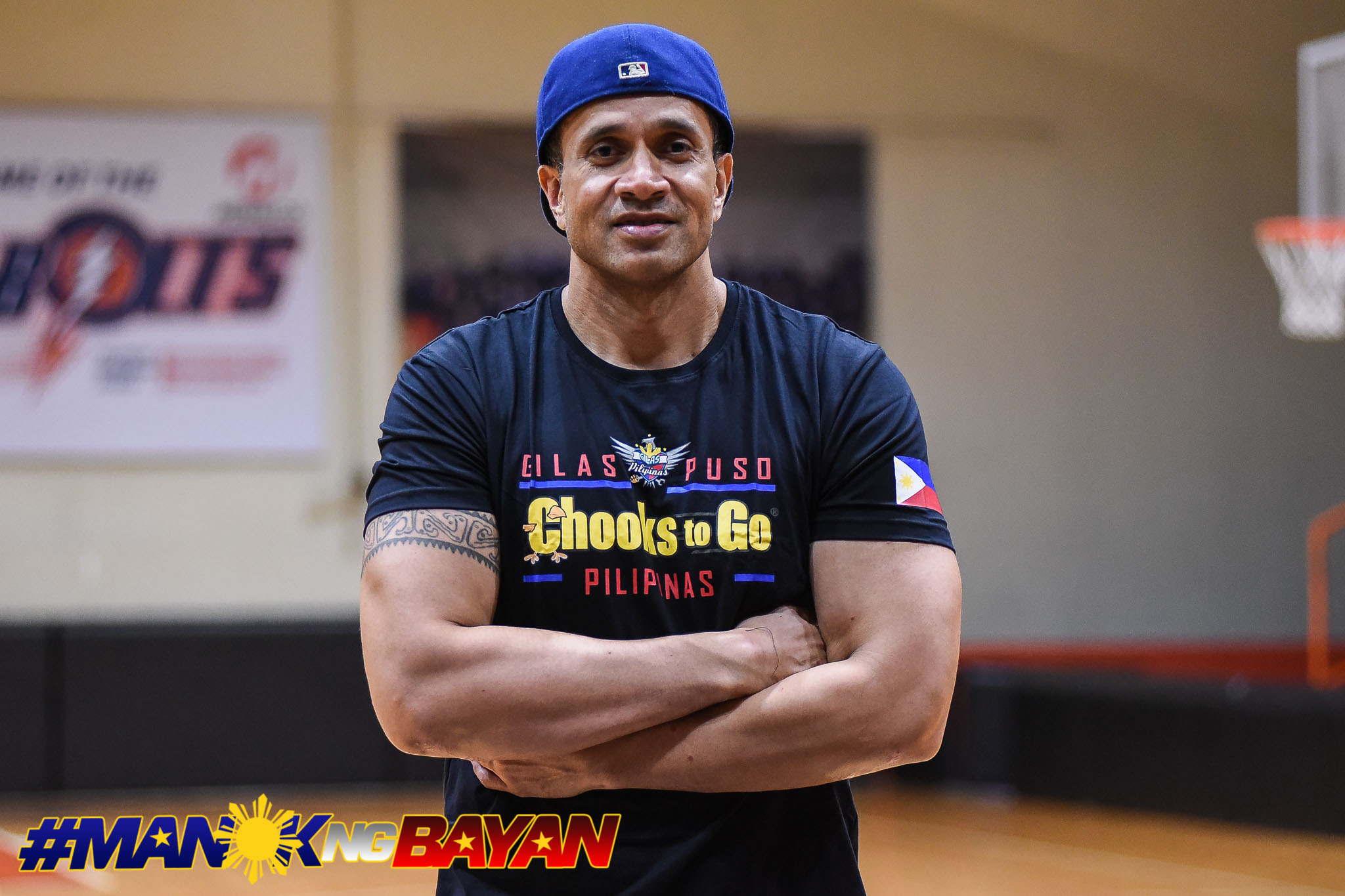 The past few months have been trying for Philippine basketball, as the country is still recovering from the ugly aftereffects of the brawl between Gilas Pilipinas and the Australian Boomers last July 2.

Despite this, the Philippine basketball community stood united. And it all started with the 2018 Asian Games, as a hastily-formed Philippine Men’s National Basketball Team put up an inspired performance in the continental meet.

It continues up to this day, as the Philippines’ prep for the first window of the 2019 FIBA World Cup Asian Qualifiers has drawn perfect attendances over the past three days.

As a campaigner for the national team for the last 16 years, Asi Taulava was in total awe of the collective efforts by all parties to restore Philippine basketball.

And this gave the 45-year-old cager a sense of renewed confidence to duke it out with the younger generation of national team players.

“I don’t know what to expect anymore.

“I thought after the Asian Games I’m done but coach maybe saw something in me? I don’t know. I guess me making the long balls is helping out his system. I’m doing what coach [Yeng Guiao] wants me to do and it’s for flag and country,” the Filipino-Tongan declared.

“I’m just doing what coach wants me to do. I can’t say no to him. This guy developed a new arsenal for me – something that I did not have eighteen years ago,” he added.

For the team’s eldest statesman, it’s time to move on from the brawl. And one of the ways they can do sothis is to change how the team will be known.

As they say: Out with the old, in with the new.

“First of all, I wanna correct that. This is coach Yeng’s time. You know Gilas, that’s in the past. It’s time to change the image of Philippine basketball. Under coach Yeng’s time, we want to be known as Team Pilipinas.

“We want to go way with those moniker names and something like that. Everybody that came into this group, it’s because coach Yeng asked. Coach Yeng wants to do something special,” shared Guiao. “We want to help him and do whatever we can do to qualify for the next round.

“Far as everything else, we want to play for coach Yeng. As you can see, complete attendance again for the third straight day. Last time I saw something like this was back in 2002, when all the players that were asked for were here. It’s been so long but this is great for Philippine basketball,” Guiao reflected.

“One man that can unite all the big bodies in the PBA – the board, the SBP. That’s coach Yeng.”