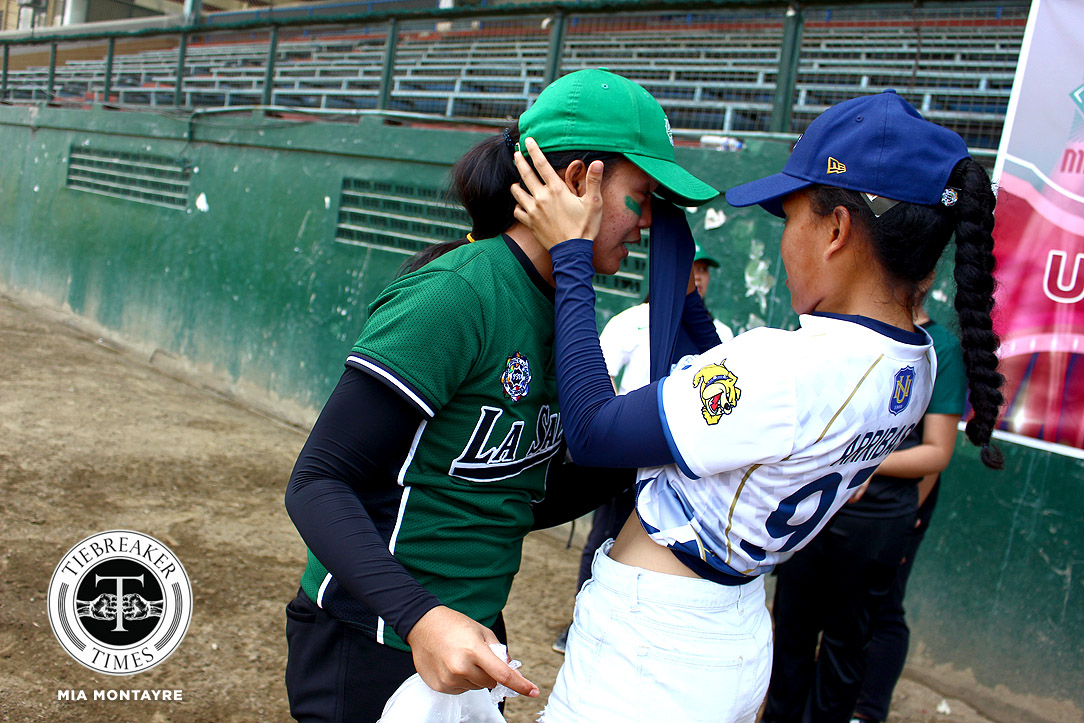 After the post-game huddle of the National University Lady Bulldogs last Monday, rookie outfielder Cristy Arribas immediately headed out to the field of the Rizal Memorial Baseball Stadium looking for her sister Jamica.

Jamica, a fifth-year pitcher, and the De La Salle Lady Batters had just lost a heartbreaker to the Lady Bulldogs, 4-5.  The older Arribas’ errant pitch had led to an eighth-inning walk-off for NU.

As Jamica settled down, she gave her sister a tight hug. Finally, they are in the UAAP together.

All throughout the contest, Cristy had mixed emotions, cheering on both the Lady Bulldogs and Jamica.

If Jamica had her choice, she would have wanted Cristy to join her in La Salle. But fate would not allow it.

Though Cristy’s team won round one, Jamica vows that the Lady Batters will give their all to at least even the Arribas series out.

On the other hand, Cristy asserted she would make sure to take a sweep. 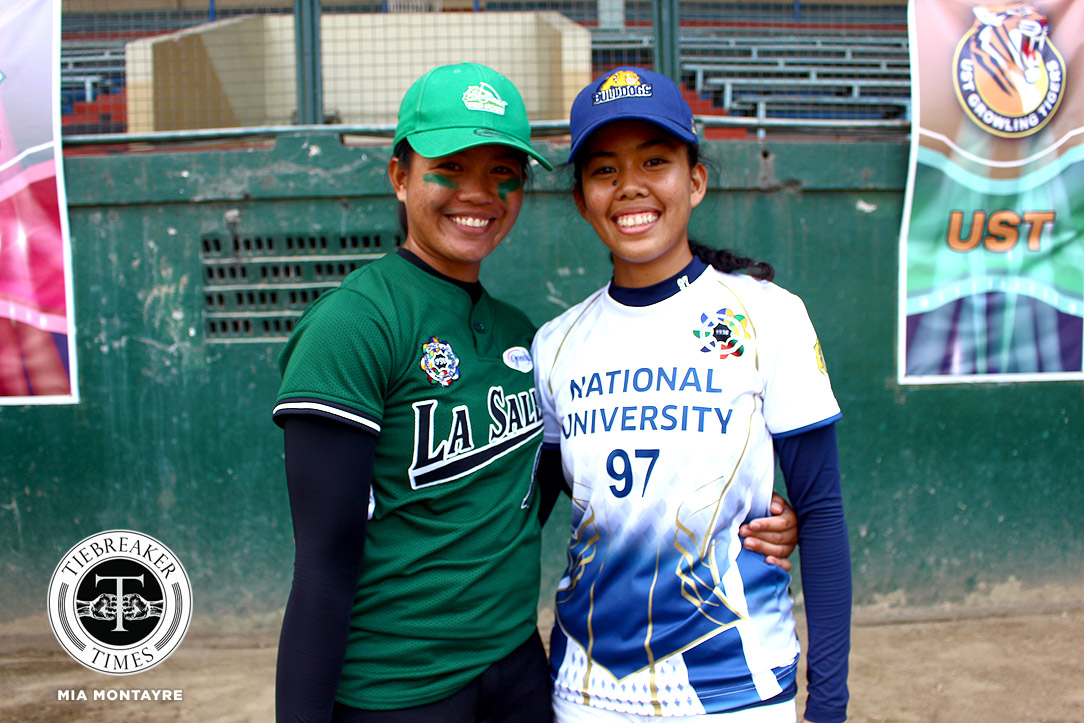 Jarvey Gayoso urges FEU rookie Gio Pabualan: ‘I know he could be part of the SEA Games’