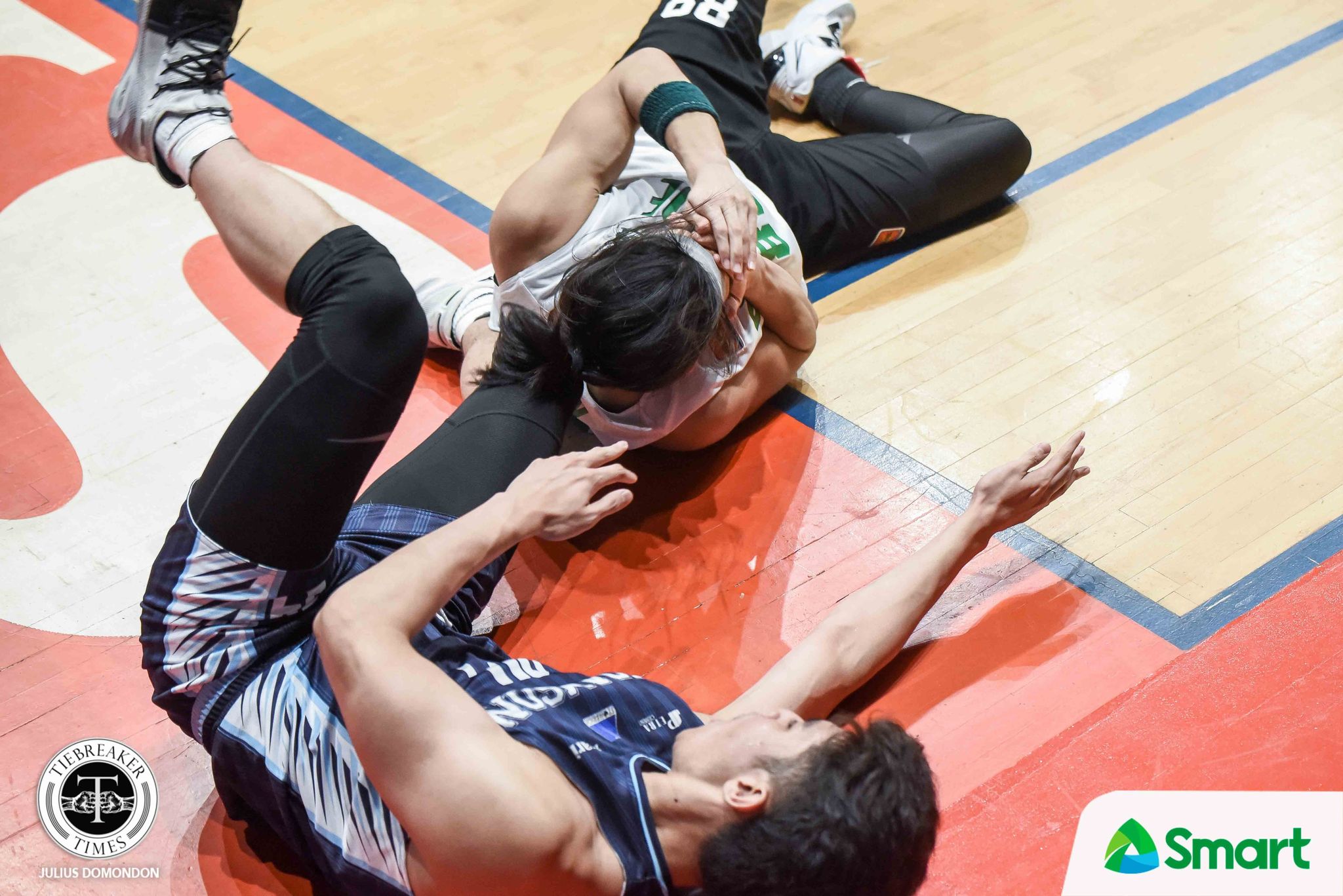 It was an eventful debut for Adamson University and De La Salle-College of Saint Benilde in the 15th FilOil EcoOil Preseason Cup on Saturday.

For one, the game was a battle and both sides tried to seize control and take the win, which eventually went the way of the Soaring Falcons.

Battle it was as it was a high physical matchup that led to injuries to Adamson’s Ray Allen Torres and CSB’s Prince Carlos and Miguel Oczon.

Oczon bore the worst of those injuries.

Oczon was attempting a corner three with 1:09 left in the half but Joshua Barcelona tried to challenge the shot. As the 6-foot Oczon tried to fish for a foul, Barcelona could not move out of the way as he was already mid-air.

The result was a huge crash with Barcelona falling onto Oczon, who faceplanted on the floor.

Oczon suffered a fractured nose, a broken lip, and chipped teeth, which as of the latest update put the wingman for surgery and recovery for three months.

For Adamson’s Joshua Barcelona, it was never intentional and he was never meant to hurt anyone.

“During the game, I switched out. It was like a triple switch; it was an emergency switch, right? I challenged the shot fake,” the second-year student-athlete recalled.

“I didn’t mean to do any harm, but he drove into me. I lost my balance in the air so I kind of fell on him. I feel really bad, and if he sees this, I’m really really sorry. I didn’t mean to, I just needed to challenge the shot.”

Upon learning of Oczon’s condition and his possibility of missing another NCAA season, the 6-foot-1 Falcons guard has this to say to the former NU Bulldog.

“I’m very sorry for what happened. I didn’t mean it and I hope he recovers as soon as possible,” said the 6-foot-4 Fil-Brit.

“I hope he gets to play as soon as possible because no one wants to be injured or be hurt before a season. So, I hope he gets back.”