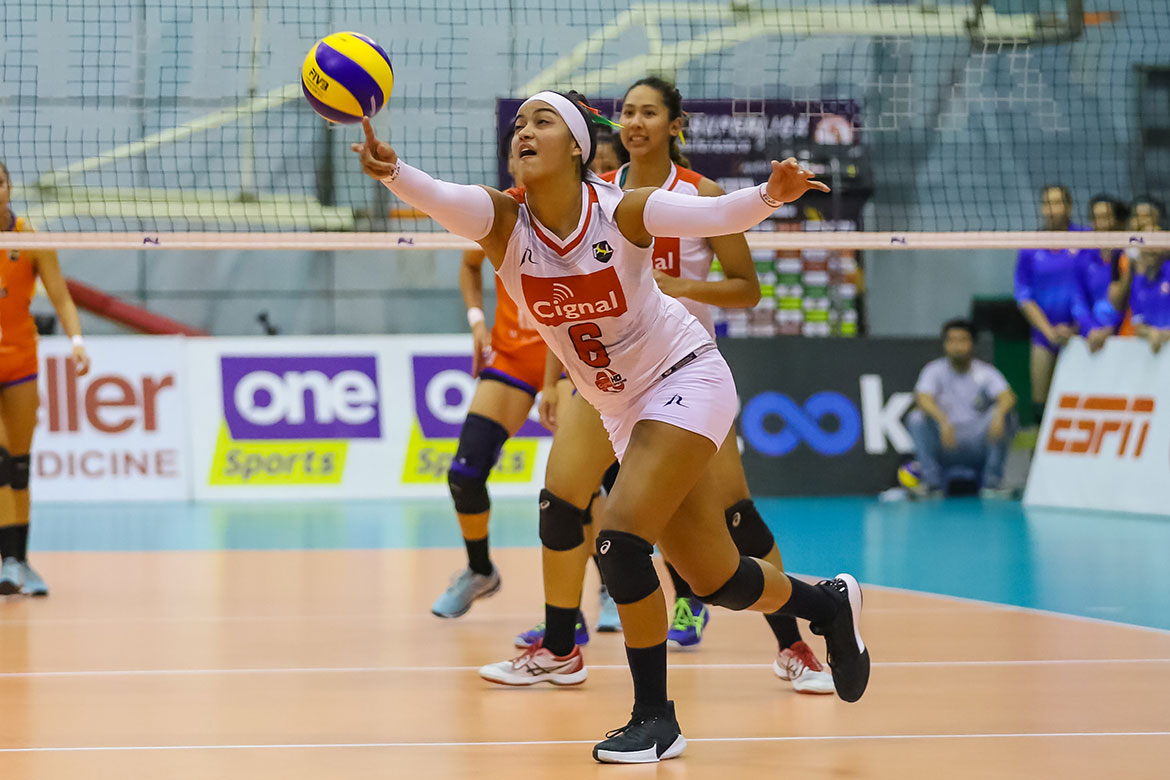 Having lost both of their previous encounters, the Cignal HD Spikers finally solved the Generika-Ayala puzzle, dispatching the Lifesavers, 25-15, 17-25, 25-18, 25-22, in the quarterfinals of the 2019 PSL All-Filipino Conference, Saturday at the Ynares Sports Center in Pasig.

Tied at one set apiece, Cignal buckled down to business in the third frame.

Behind the defensive prowess of Alohi Robins-Hardy and Jovelyn Gonzaga, the HD Spikers towered over their opponents and mounted a wall that stymied the hot hands of Fiola Ceballos and Patty Orendain for a 2-1 lead in sets.

With a win within sight, the HD Spikers raced to a 22-18 spread and thought they were off-the-hook until the Lifesavers stormed back and knocked to within a point, 22-23. However, Mylene Paat nailed a momentum-swinging hit, stopping the bleeding for Cignal and setting up the game-winning play from Gonzaga.

Robins-Hardy set the tone for Cignal, tallying an impressive 13-point, 19-set double-double performance. The Fil-Hawaiian also accounted for seven of her team’s 16 blocks — the biggest differential in the knockout bout, where the Lifesavers only netted five.

On the other hand, the fourth-seeded Lifesavers ended their campaign with an 8-7 slate — sealed with a heart-wrenching loss to a lower seed.

Ceballos, who stepped up in the biggest of ways after Angeli Araneta went down with a conference-ending injury, erupted for 25 points that ultimately went down the drain.

The semifinals match between the Cignal HD Spikers and the reigning champions Petron Blaze Spikers, who will be armed with a twice-to-beat buffer, is slated on Tuesday at the Muntinlupa Sports Complex.