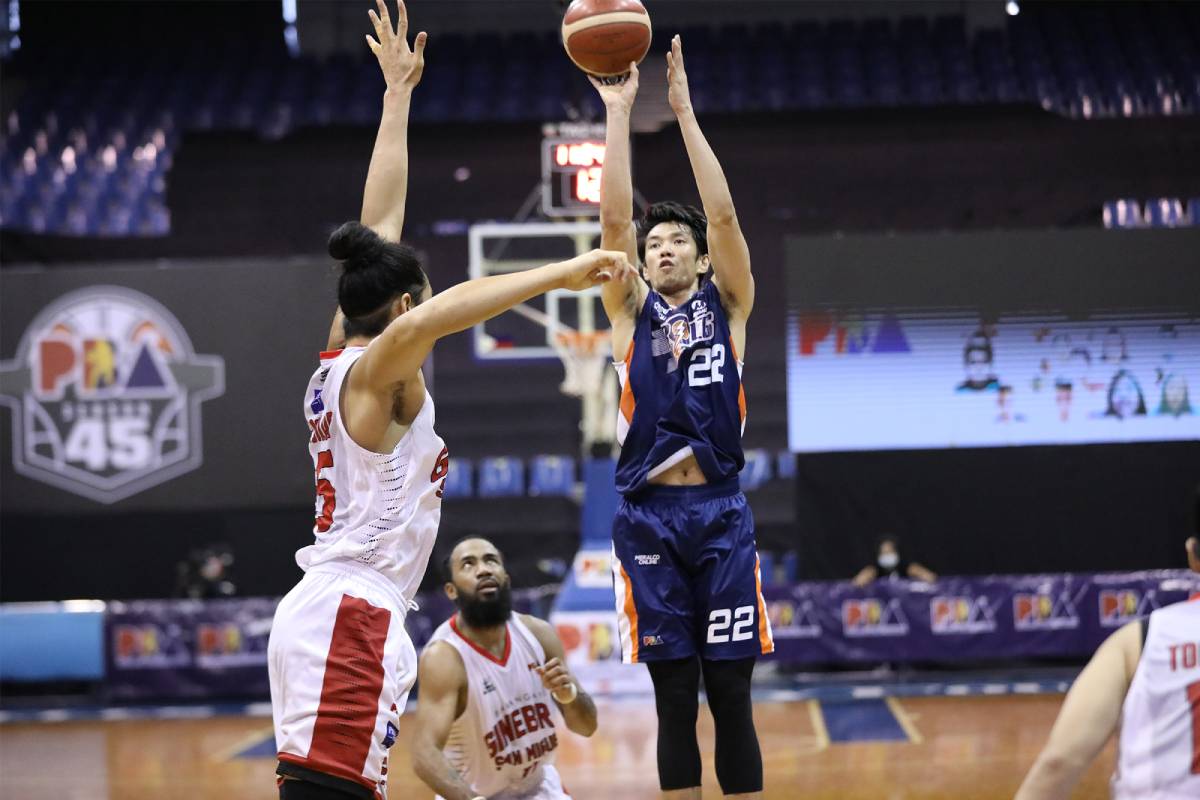 SMART CLARK GIGA CITY — Barangay Ginebra San Miguel head coach Tim Cone has a few concerns with Meralco in the 2020 PBA Philippine Cup — and one of them is his former player, Allein Maliksi.

Sure, the Gin Kings won Game One convincingly with a 96-79 decision. Still, it bothered the decorated mentor that the 33-year-old fired 24 points — with 5-of-6 from deep — as he carried the fight for the Bolts.

Cone knows what Maliksi is capable of. He coached the lanky 6-foot-4 gunner during his time with San Mig Coffee, which saw them win a historic Grand Slam back in 2014.

“If he continues to shoot like that the whole series, it’s going to be a tough series,” the league’s most accomplished coach said.

Game Two came, and Maliksi continued his solid play. He scored 10 fewer points this time, but 11 came in the second half as he helped the Bolts turn the game around.

He scored six in the third quarter, where they turned a 13-point deficit into a 65-61 edge at the end. Meralco limited Ginebra to a lowly 11 points in the same period while it unloaded 23.

Maliksi then made five points in the early goings of the deciding chapter, including a three that pushed their lead to seven with 10:38 to go. The Bolts never trailed in the match from that point on.

Maliksi came off the bench and shot 41.7-percent from the field, which saw him drill four triples. He also collected a couple of rebounds and a dime in the 21 minutes and 40 seconds he played.

“Allein is a big part of our offense,” said head coach Norman Black. “The games that we’ve won over the course of this conference, he’s been a big part of that.

“And when he scores well, we normally do well. We win.”

And Maliksi has been proving him right during the eliminations. In the seven games the Bolts won in that round, the UST product averaged 10.7 points, including 17-point outings versus Alaska and NLEX.

He was also instrumental in the quarterfinals, scoring 11 markers in their huge 90-68 conquest of San Miguel that put an unceremonious end to the Beermen’s half-a-decade reign of the all-Filipino conference.

“He’s only one of maybe three players averaging in double figures, so he is one of our better scorers,” Black said.