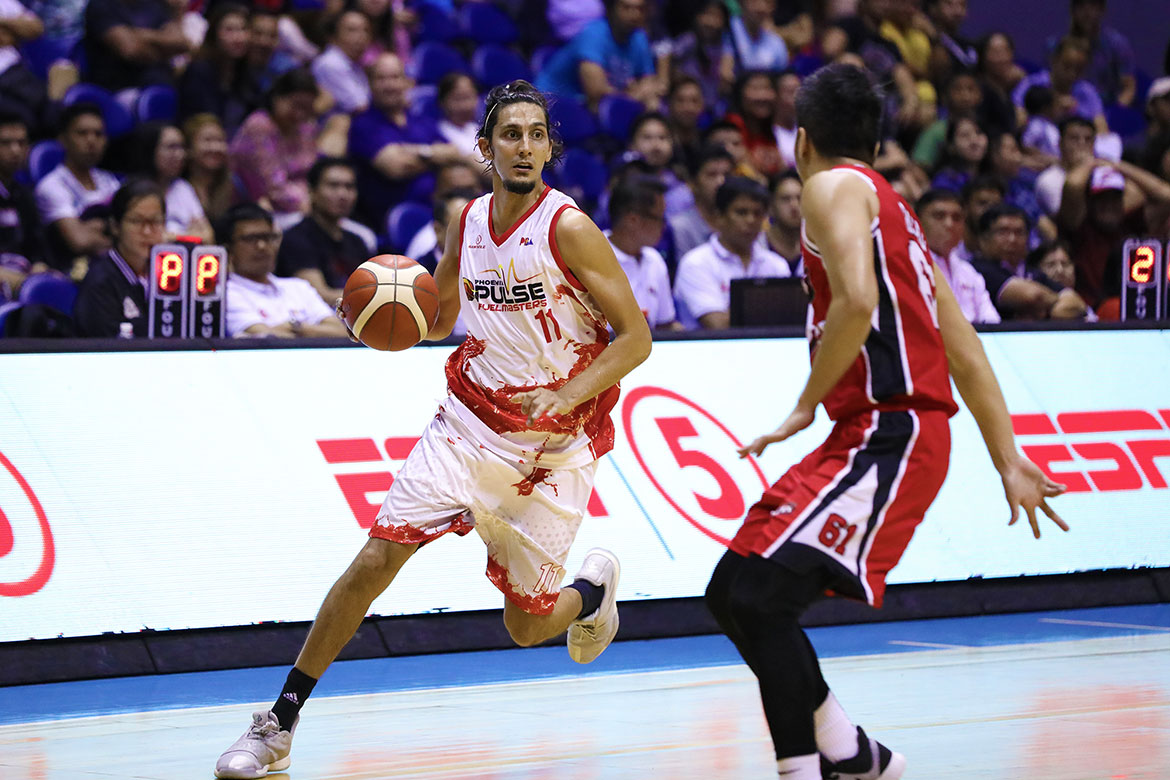 Phoenix Pulse Fuel Masters head coach Louie Alas revealed that Alex Mallari had arrived late to team practices twice, which made the fiery mentor consider sitting him out for their match versus the Alaska Aces on Saturday.

Mallari was able to play, though. And his performance seemed like a way to make up for his actions.

The 6-foot-4 guard made 15 points built on a perfect 3-for-3 shooting from beyond the arc. He also had four boards, three steals, and two assists to help the Fuel Masters squeak past the Aces, 78-76, to end their two-game skid.

One of Mallari’s dimes proved to be the turning point of the match, as it led to a tough Justin Chua lay-up with 9.8 seconds left to play. The shot served as the game-winning basket for a victory that also improved their win-loss record to 2-3.

“It was a low-scoring game so it was one of those grind-out games. That last play, you know, they were scrambling. Rich (Richard Howell) is open but Justin made a nice cut and I just passed it to him. That’s it,” Mallari said “I give credit to Alex Mallari.

“Give credit to him because he played two-way basketball.

After a solid contribution, Mallari looked relieved as he feels that he has made up for his late arrivals.

“I apologize to coach,” said the 32-year-old Fil-American, who suffered a cut in his hand in their loss to the Rain or Shine Elasto Painters last Sunday that required stitches.