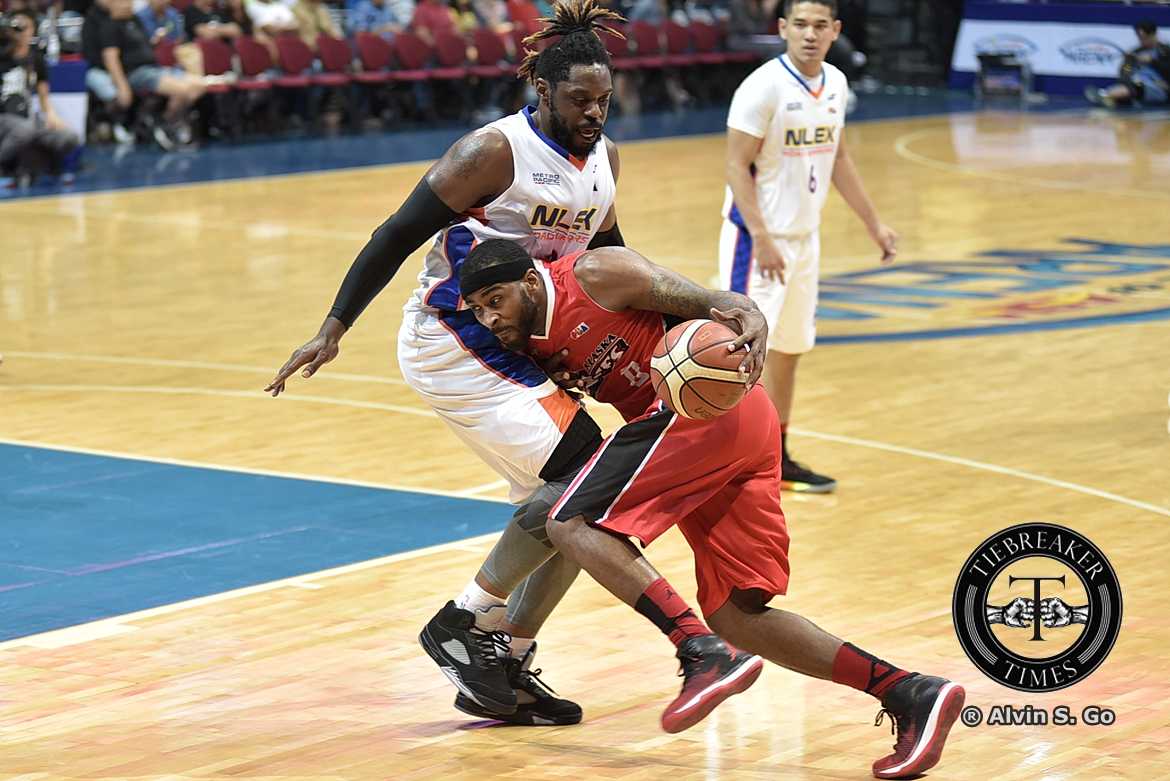 In an all-important match-up to determine who stays and who goes heading into 2016 PBA Governors Cup playoffs, the Alaska Aces grabbed a 100-85 win over the NLEX Road Warriors to ensure their next round entrance in the Governor’s Cup at the SM Mall of Asia Arena, Friday evening.

Prior to the game, both teams knew that a win would secure their playoff spot. On the flip side, the loser of this joust would drop to a 5-6 slate and tie with Phoenix, and possibly Rain or Shine depending on the Elasto Painters’ game later this evening.

If three teams are tied for the 7th and 8th spot, the quotient system will be used to seed the number seven team, while the lower two teams will have to play a knockout game to yield the last team to enter the 8-team quarterfinal phase.

A 28-19 lead first established by the balanced-scoring of the Aces was trimmed down to two by an NLEX run powered by the offensive prowess of Henry Walker, who scored 16 in the first two quarters.

However, his counterpart Ladontae Henton provided the necessary scoring burst to give the Aces a dominant 18-4 run to end to the first half.

Alaska tried to clobber Walker in the second half defensively, but the locals of NLEX produced the scoring effort to claw their way back into the game. The Aces once again saw their 13-point third quarter lead melt to as low as five, 75-70, capped by an Asi Taulava jumper with 9:57 left.

Fortunately for the Aces, a decisive 8-0 response after the NLEX run from the troika of Henton, Calvin Abueva, and Dondon Hontiveros gave Alaska the double-digit lead cushion

Henton finished the game with 27 points, seven rebounds, and two assists. Aside from the win, a welcome sight for the Aces as they head for the bigger stage is the return of Vic Manuel, who finished with 13 markers and three rebounds after recovering from his injury.

“I appreciate the heart, continuity and fight we had,” said coach Alex Compton after the game. He also shared that he had been worried about Walker’s scoring ability but was pleased with the way his guys defended him in the second half.

For Henton, it’s about all about improving as a team, as they are slowly peaking and grabbed four straight wins to end the eliminations.

“It feels great that we’re getting into the playoffs. We have to improve our defense, I think we can improve still and take care of the ball better,” the reinforcement said.

Alaska had more fast break points compared to NLEX, 12 to 2, and also maintained an excellent 53 percent clip from the floor for the entire game.

Walker ended with 29 points to lead all scorers, to go along with 10 rebounds and a block. Taulava chipped in 14 points and seven boards in the losing effort.

Alaska finish their elimination round with a 6-5 slate, tying Meralco and Mahindra in the upper half of the standings, but will settle for the sixth seed as the Bolts and Enforcers had a superior quotient.

READ  Nisperos erupts for 35 as Ateneo guts out cardiac affair with St. Benilde