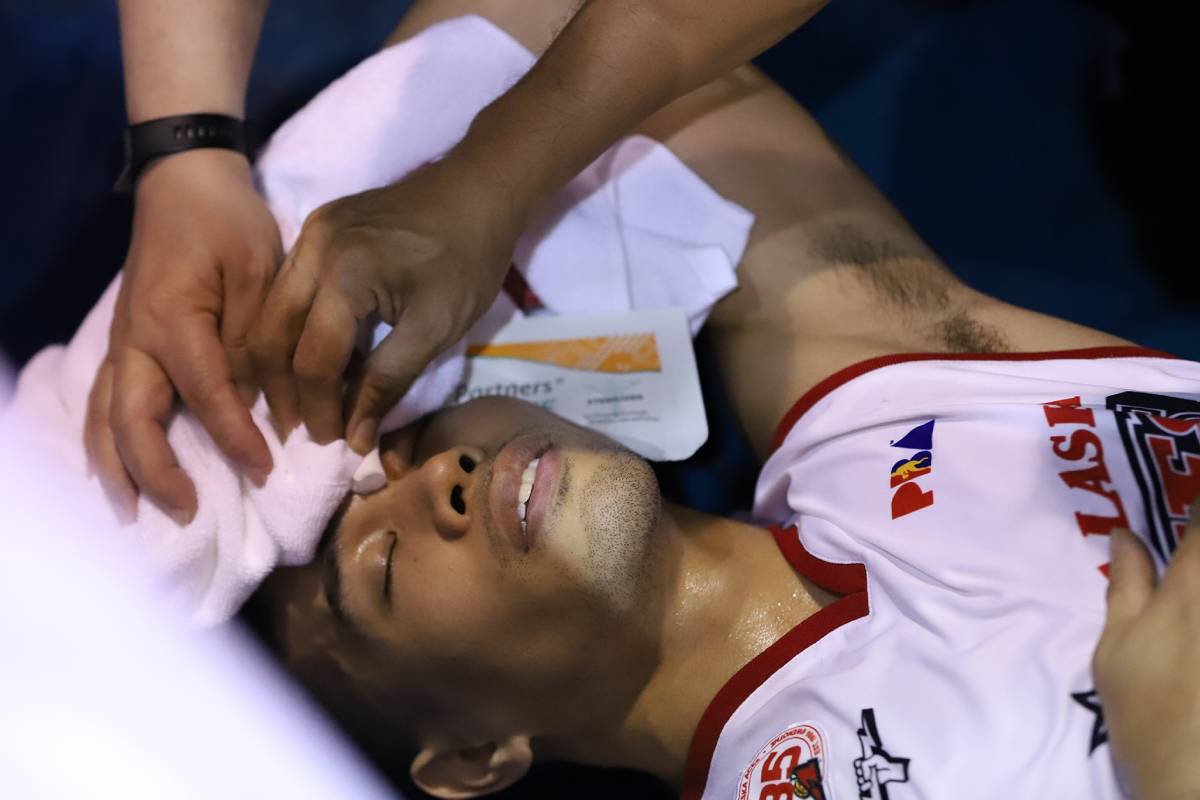 SMART CLARK GIGA CITY — Alaska now has its fingers crossed that everything is fine with Abel Galliguez after he suffered a bad fall during their 2020 PBA Philippine Cup quarterfinal clash versus TNT, Saturday.

The Aces lost the diminutive floor general with 9:47 remaining in the fourth quarter. He fell badly from a mid-air collision with Ray Parks Jr., crashing head first onto the floor and causing a nasty gash above his left eye.

Anxious moments then filled the AUF Sports and Cultural Center as Galliguez could not get back up on his feet. He had to be stretchered by paramedics, before being transferred to a wheelchair on the way out of the match. 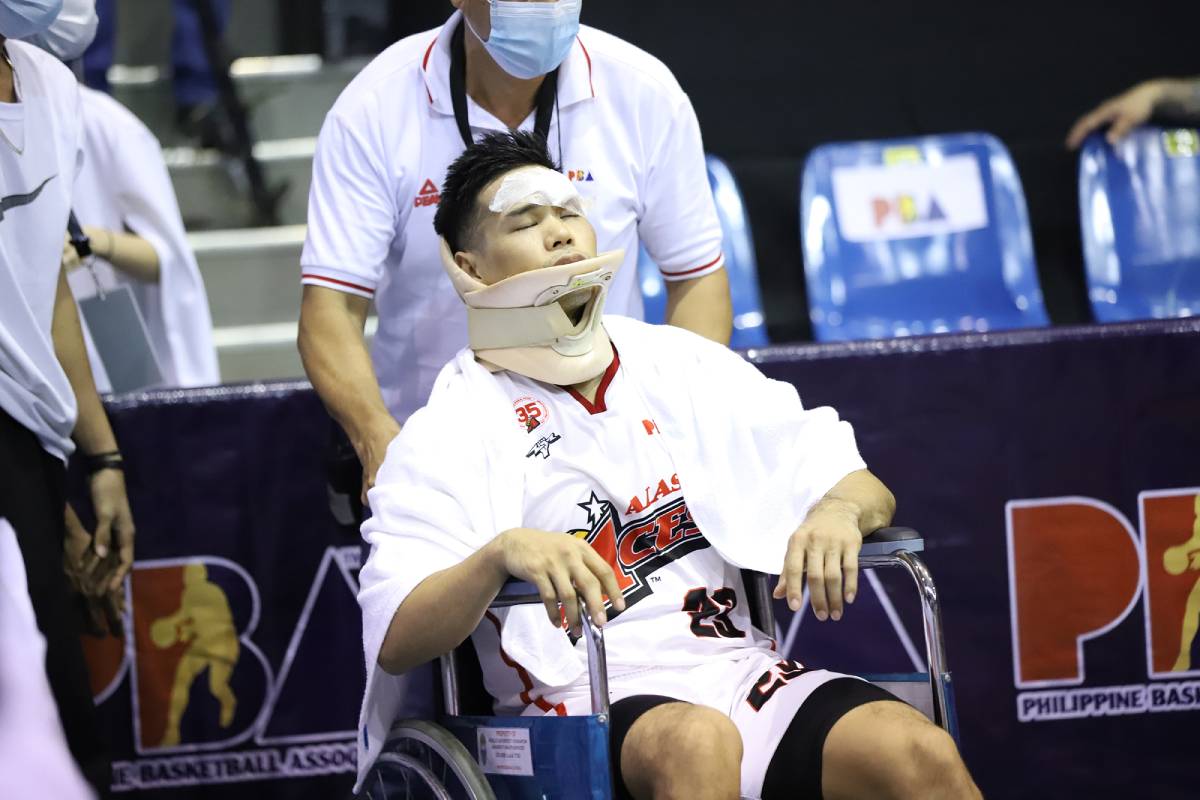 Staff then placed a neck brace on the John Brown University standout. According to reports, he will be taken to the nearby The Medical City in Clark, which is within the PBA bubble.

Galliguez, 30, played for over five minutes and collected a steal in the match. The Aces lost, 83-104, signaling the end of their campaign this season since TNT had a win-once incentive and are now onto the semis.

The five-year pro from California saw action in all of Alaska’s games this season, with an average of 2.6 points per contest. He scored his season-high nine points in their win over Terrafirma last Oct. 27.