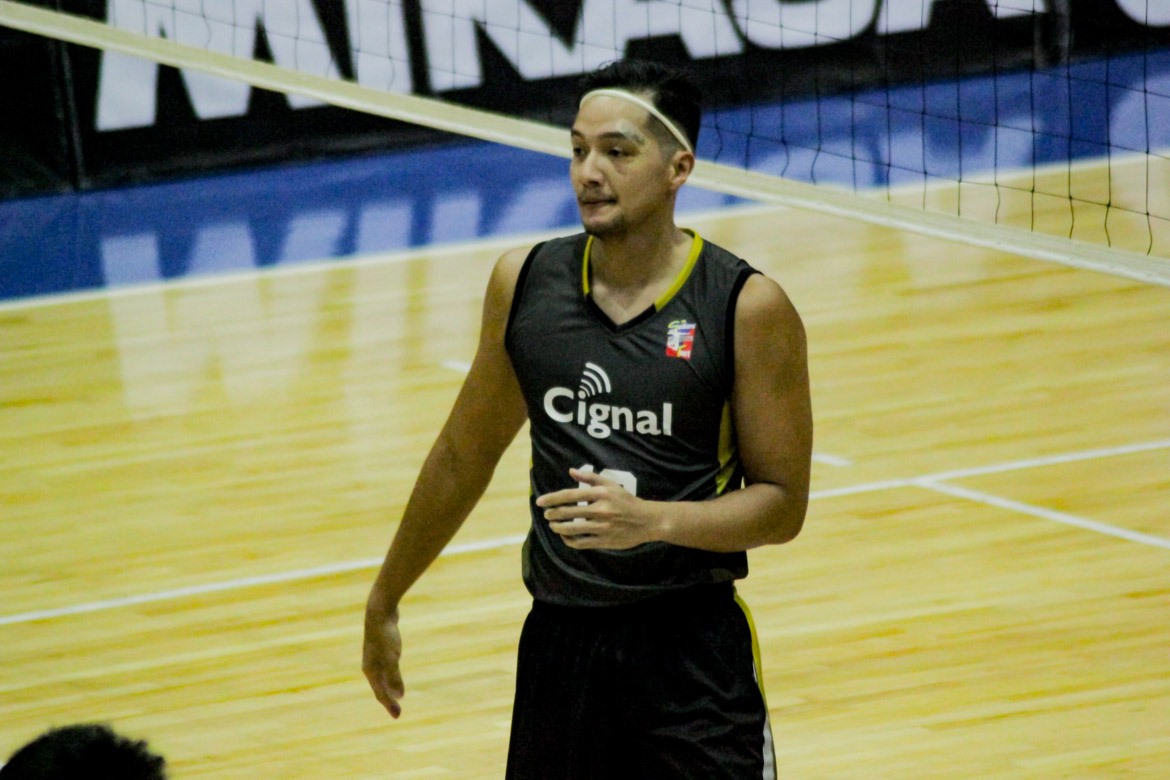 After a long layoff from volleyball, AJ Pareja ended his hiatus last Sunday.

However, the towering spiker showed some rust.

Pareja only registered a point in his comeback game after lacing up in the second and third frames of the Cignal HD Spikers’ four-set win over the IEM Volley Masters.

Back in 2015, the UAAP Season 72 Most Valuable Player left the game, turning his focus to his medical career. He then became an analyst for ABS CBN while also participating in the Beach Volleyball Republic earlier this year.

Having spent much time playing on sand, Pareja admitted that he is still adjusting to the indoor style of play.

“We’re still adapting to the system. And me, after years of not playing indoor since I transitioned to beach, a lot of more work to put in to really adapt to the system of the indoor team.”

Despite his performance, the 6-foot-4 middle blocker is just glad to have the chance to share the court with the likes of Marck Espejo, Ysay Marasigan, Vince Mangulabnan, and Rex Intal, and experience this new era in Philippine men’s volleyball.

And with Cignal making a run for the Open Conference title, Pareja vows to get better each game to help his squad take home the double gold.

“And I know I can still contribute more so hopefully, in the short time na itong conference na ‘to, I will be able to play at my maximum and [win] the championship.”