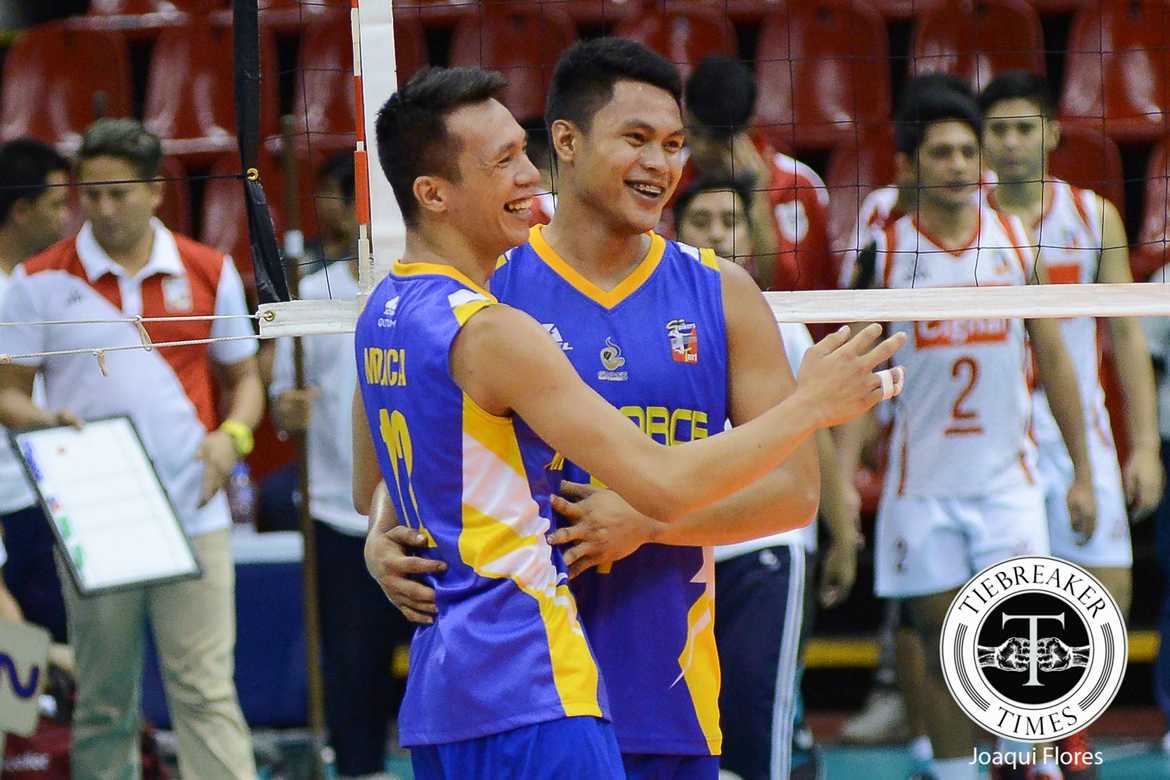 Coming off a shocking defeat to Champion Supra last Wednesday, the top-ranked Philippine Air Force Airmen bounced back big time to grind out a 25-22, 23-25, 25-23, 25-17 victory over the IEM Volley Masters in the first game of the 2016 Spikers’ Turf Reinforced Conference semifinals at the PhilSports Arena in Pasig City.

IEM leaned on their middle attacks and got off to a quick start, leading 16-12. However, Air Force launched an 13-7 run off consistent plays and defense.

The Volley Masters tied the set, winning the second frame, 25-23, through Khenno Franco’s quick middle attack and halted the late comeback of the Air Force.

With momentum on their side, Franco helped IEM sustain their energy. However, Bryan Bagunas, who had come off the bench in the second set, scored vital points, including the last three for Air Force in the third set with a support from his teammate Howard Mojica. In the end, IEM were overwhelmed.

The Jet Spikers then vaulted to a insurmountable advantage early on to finish the Volley Masters.

Franco and John Paul Torres led the way for the Volley Masters, with combined markers of 29 points.

Air Force will seek to close the semis series with a win against IEM on Monday, November 7. – by Ezekiel Mendoza

Bagunas explodes for 29 as Oita snaps nine-game skid in V.League

Filipino superstar Bryan Bagunas and Oita Miyoshi have put an end to their nine-game losing skid, Saturday.  Weisse Adler got one back over VC...

Bagunas snaps out of funk as Oita dealt ninth straight loss in V.League

Filipino import Bryan Bagunas and his Oita Miyoshi could not repeat their early February wonders against VC Nagano. The Tridents handed Weisse Adler their...