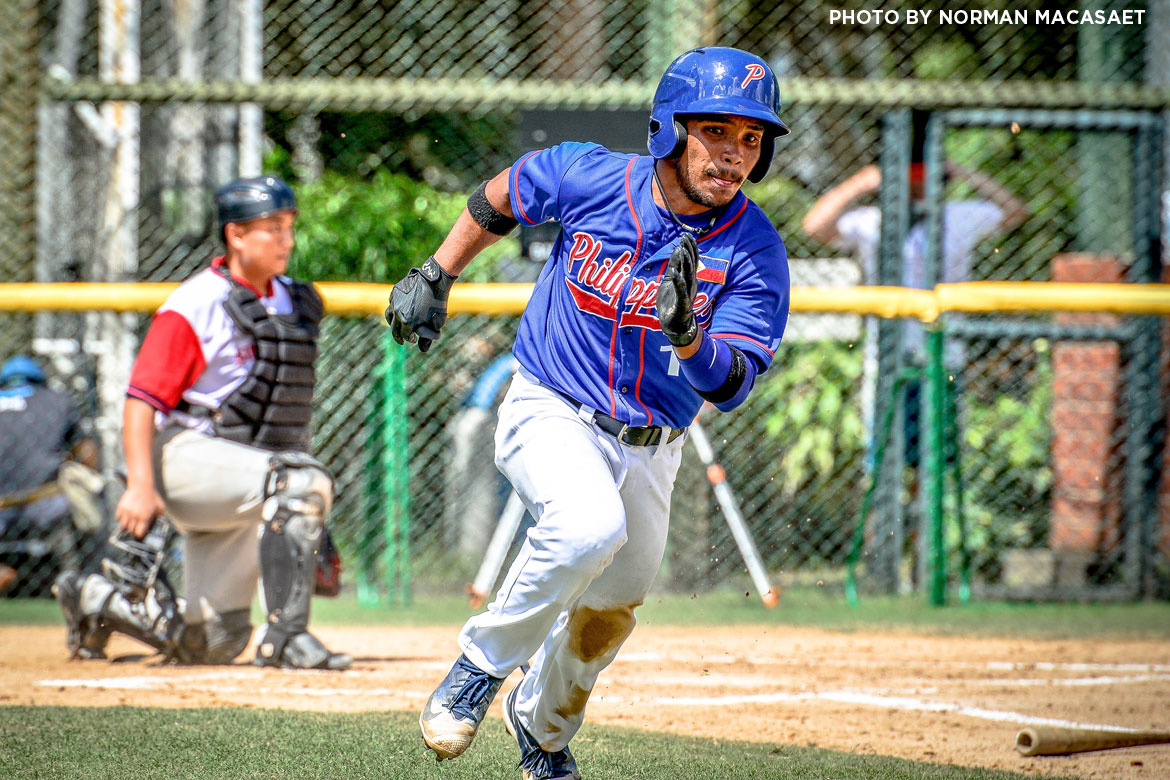 Coming off a thrilling win over Thailand yesterday, the Philippine National Baseball Team sent a strong statement, racking up a 12-1 seventh inning rout of Singapore at the Sai Tso Wan Baseball Field in Hong Kong, Tuesday.

Though Singapore is just the 67th ranked team in the world – 32 spots lower than the Philippines – the team wanted to make a strong impression on their next two opponents in the five-nation meet.

“We just want to make sure we tell our opponents we are ready. We will win when we have to, and we will give them a good fight,” team captain Aids Bernardo said.

Team captain and shortstop Bernardo continued his hot streak, this time going a perfect 4-of-4 at-bat while picking up three stolen bases. This raised his on-base percentage to a stellar 66 percent.

The Philippines immediately raced to a 4-0 lead in the opening inning, highlighted by a 2-RBI single by reigning UAAP MVP Jerome Yenson.

The offense then picked up once again in the sixth inning.

Already holding 6-0 cushion, the Filipino batters went on a huge 6-0 rally, capped by a 2-RBI single courtesy of Bernardo with the bases loaded. It was enough to seal the fastest victory of the tournament so far.

The pitching staff of the Nationals was superb as well.

UAAP Season 80 Athlete of the Year Kiko Gesumundo paced the pitching staff of the Philippines, allowing just one hit against 10 batters while fanning five.

Veteran Jonjon Robles was tasked with relief duties. He did not allow a single hit in three innings. Lefty UST Golden Sox pitcher Lesmar Ventura closed out the contest.

The Nationals will next face Indonesia in a Finals rematch of the 2015 edition of the tournament on Wednesday, June 27. The game will start at 10:00am.