When he entered Ateneo de Manila University back in 2014, many saw Thirdy Ravena as second fiddle to his older brother Kiefer.

But after six years, the 6-foot-2 swingman has won three UAAP crowns — one more than the 6-foot Kiefer. Moreover, he is the first UAAP student-cager to win three straight Finals Most Valuable Player plums.

Admittedly, Thirdy said that he’d made a conscious effort to “step out of his brother’s shadow”.

“I think what happened was I took myself out of my brother’s shadow. Not just this year, but ever since coach Tab [Baldwin] came in,” recalled the now-22 year old during the summer of 2016.

“He talked to me, telling me that the biggest pressure shouldn’t be trying to be like my brother or my dad, but coming from myself and be the best player I could possibly be.”

It all started with his physique.

From a lanky guard, Thirdy worked hard on his body, becoming a physical specimen.

Besides his body, he also honed his skills. He worked on his shooting first, then combined it with his uncanny athleticism. Later on, he would funnel his athleticism on the defensive end, becoming a lockdown defender and a chase-down artist.

More importantly, Thirdy learned how to sacrifice his numbers for the betterment of the team. “With that, I think I effectively removed myself from my brother’s shadow and focus[ed] on how I could be the best player I could possibly be, not just for myself but for my teammates,” said Thirdy. “For me, it’s not even about accomplishments.

Six years since he entered college, Thirdy is no longer just Kiefer’s brother.

He is known as a three-time champion, a three-time Finals MVP, and a Gilas seniors player. But for him, the most important title is being an Atenean.

“That’s the best we could do for all the love and support for us.” 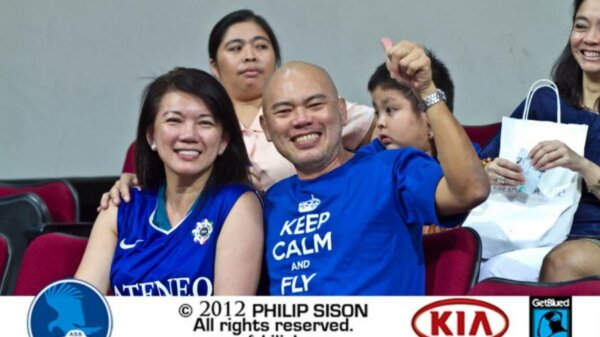