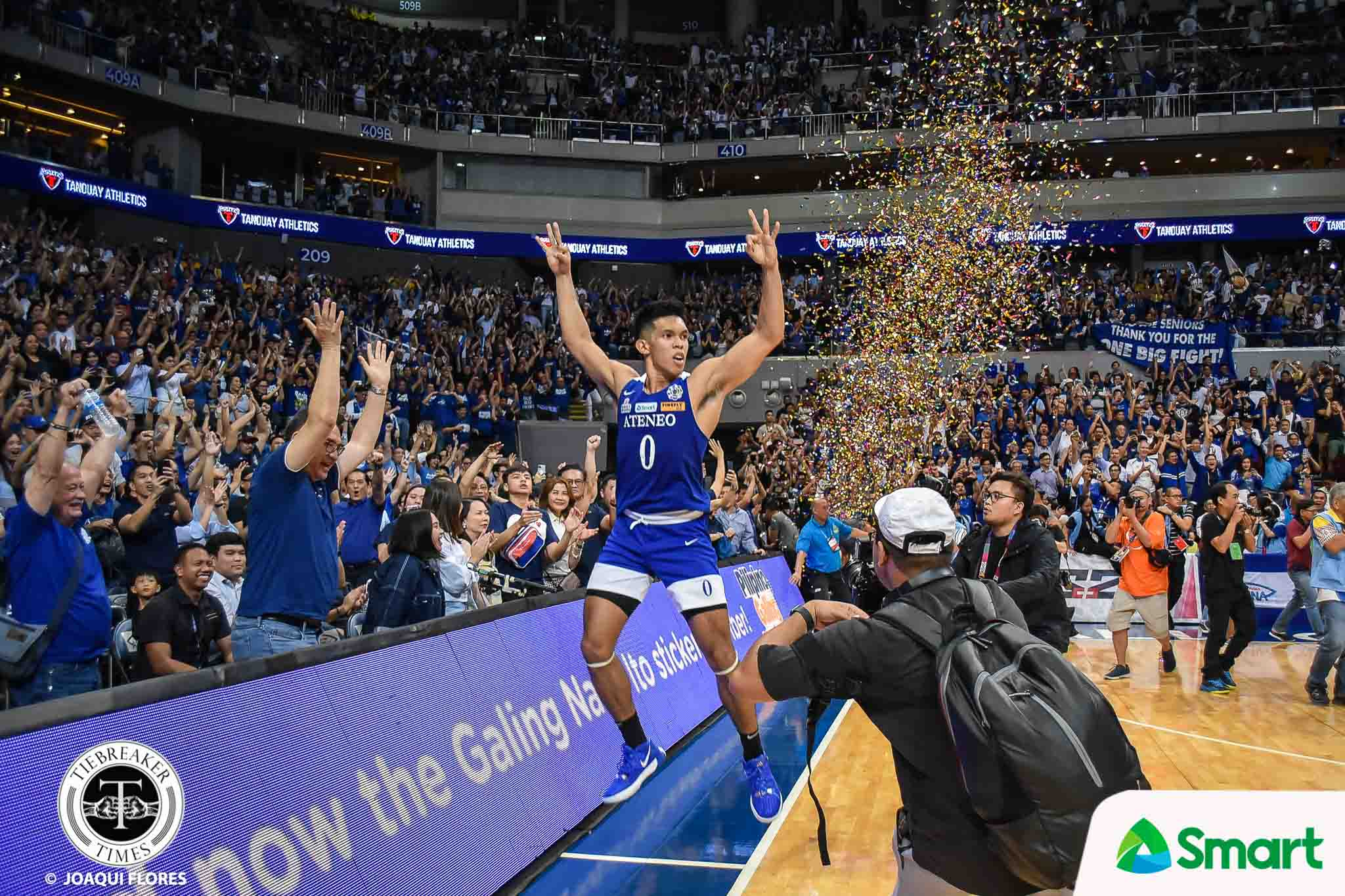 For 405 days, Ateneo has lorded over the competition in the UAAP. And on the 406th day, the Blue Eagles made sure to cap their run with another gold.

The Blue Eagles of Loyola Heights made history once more, completing a 16-0 sweep of the UAAP Season 82 Men’s Basketball Tournament with an 86-79 win over University of Santo Tomas, Wednesday at the SM Mall of Asia Arena in Pasay City.

This is the first time in the history of the league that a team has achieved a 16-0 sweep. Moreover, Ateneo extended its winning streak to 26 games. The last time it absorbed a loss was back in October 10, 2019 — a 60-63 loss to Far Eastern University.

Thirdy Ravena capped off his stellar collegiate career with 17 points — eight coming in the fourth quarter — together with seven rebounds and five assists, to secure his third straight Finals MVP plum.

His late explosion calmed the boat for the Blue Eagles after CJ Cansino brought the Growling Tigers back within one, 67-66. Ravena conspired with SJ Belangel for a 16-5 rally that brought the lead back up to 12, 83-71, punctuated by an Ange Kouame’s slam at the 2:22 mark.

That gave Ateneo the honor of being only the seventh team in men’s basketball history to wrap up an immaculate season. It also takes home its 11th UAAP men’s basketball crown in front of a capacity 20,198 crowd in attendance.

Belangel delivered a career performance of 15 points on a 5-of-10 from threes. Ateneo also sent off senior Matt Nieto — who nabbed 14 points, six boards, and five dimes in his final collegiate game — on a high.

This is coach Tab Baldwin’s third straight championship. The decorated strategist has brought Ateneo to the Finals in all his four years at the helm in Katipunan.

On the other hand, Rhenz Abando powered UST with 16 points and four rebounds. Rookie of the Year Mark Nonoy unfurled 14 points, six boards, and five assists for the runner-up finish.

Soulemane Chabi Yo, the Season MVP, gave it his all to finish with 11 points and 19 rebounds in the losing effort.

Still, it’s a positive step for UST, which claimed its first silver medal and made it to the Finals for the first time since 2015.