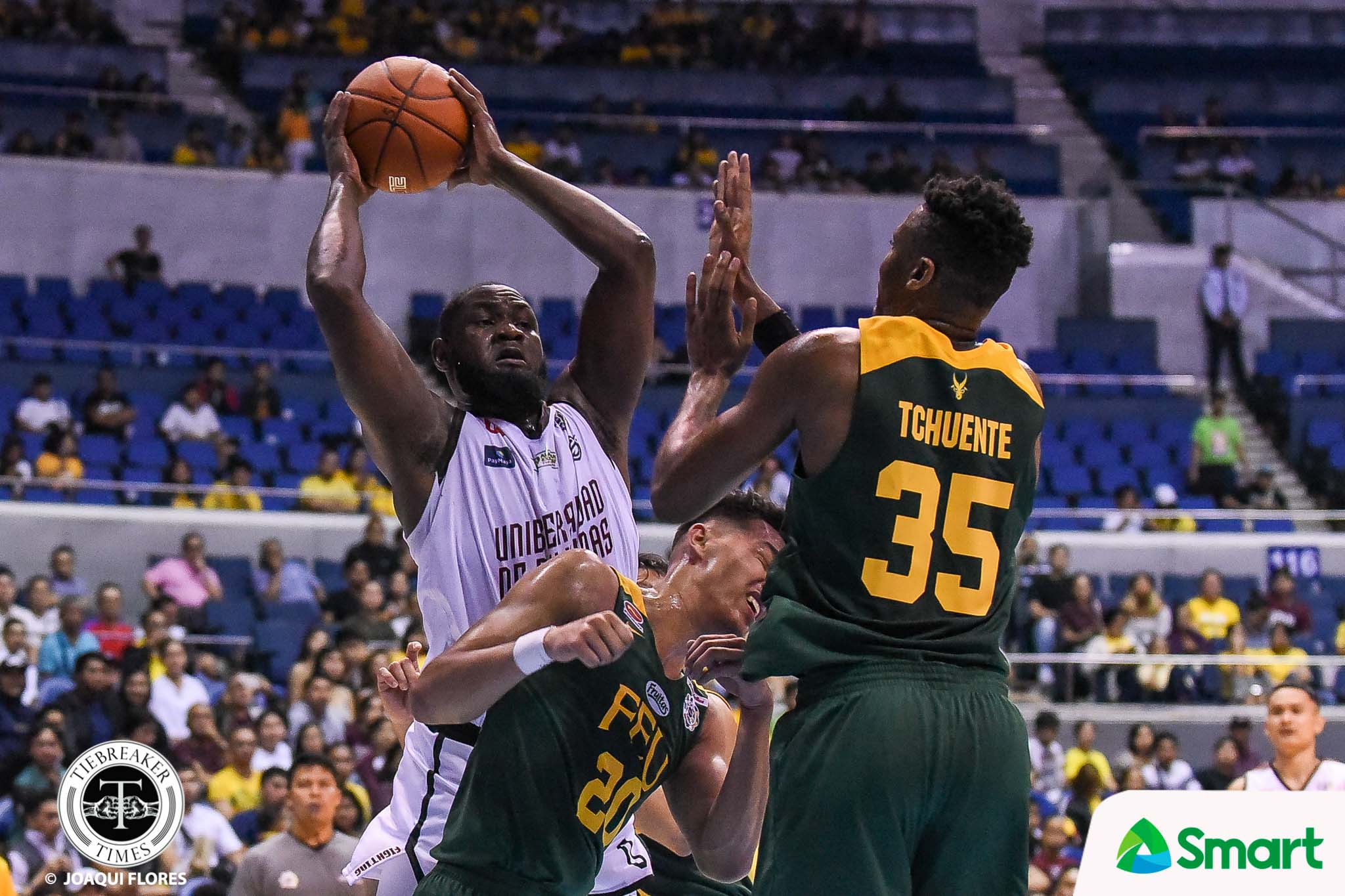 Right after University of the Philippines’ 80-77 victory over National University, Bright Akhuetie headed straight to the Fighting Maroons’ locker room.

And to his surprise, he was approached by FEU slotman Patrick Tchuente, whose dugout was just beside UP’s.

“He just said that he liked the shoes, and I asked him if he wants it. So yeah, I gave it to him,” said Akhuetie, who pumped 16 points, 12 rebounds, two assists and two steals in the Fighting Maroons’ eighth victory.

Without further hesitation, the reigning league MVP handed his pair of Adidas N3xt L3vel to Tchuente right before tip-off of FEU’s game versus Adamson.

Known as a fierce competitor inside the hardcourt, the 6-foot-8 Nigerian Akhuetie also has a reputation of being congenial off the court.

“I’m friends with everybody,” said the 23-year-old Akhuetie with a hearty laugh.

Despite being pitted against each other this season, the former Perpetualite believes that the bond among every student-athlete in the UAAP goes beyond the four corners of the court.

And for him, giving his game-worn kicks to Tchuente symbolizes that bond — that no matter how fierce their battle is inside the court, they will always have each other’s back when the final buzzer sounds.

“That’s what it’s about, not just because we’re foreign student-athletes, but everybody. We’re all tied to this game we love, so why not show love to everybody?”