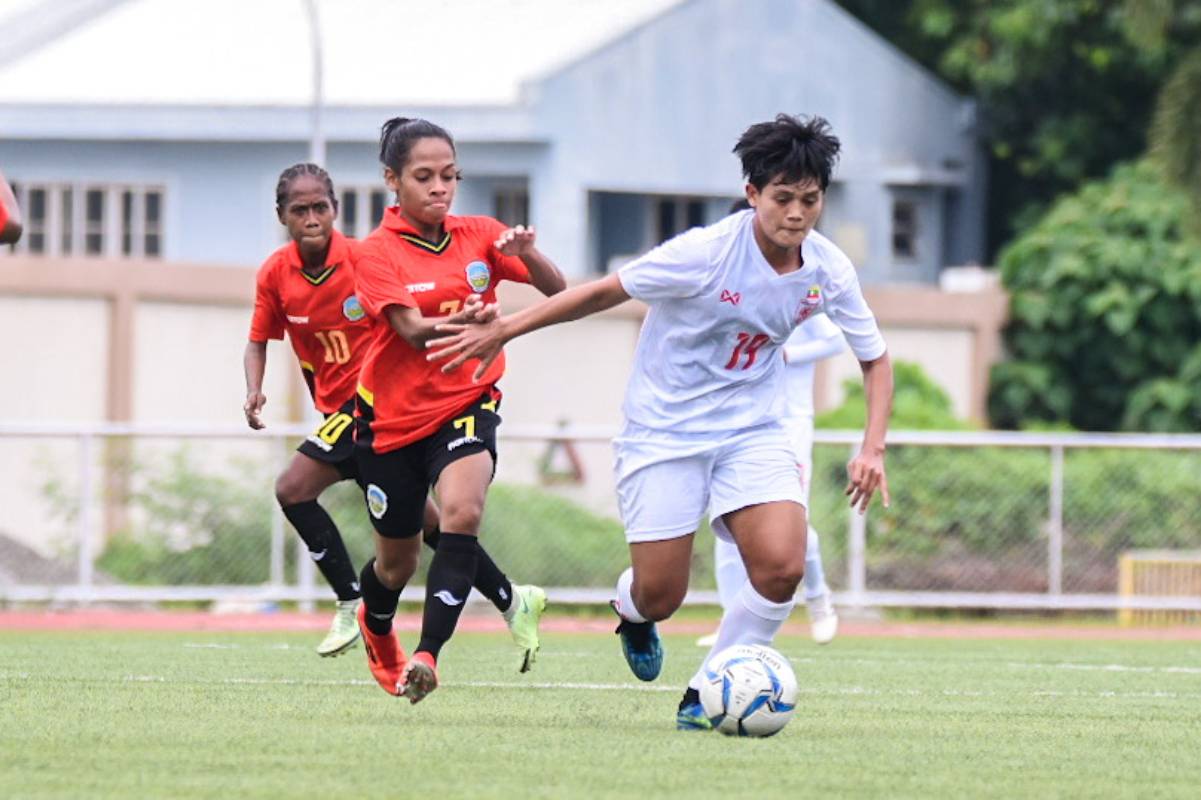 Reigning bronze medalists Myanmar opened its account in the 2022 AFF Women’s Championship with a huge 7-0 conquest of Timor Leste, Tuesday afternoon at the Biñan Football Stadium in Biñan, Laguna.

The result put Myanmar on top of Group B with three points as the squad started its campaign for a third AFF title.

This is just the second meeting between the two sides since the 2016 edition of the championship where Myanmar outclassed Timor Leste, 17-0 on their own turf in Mandalay.

Five goals in the first period alone set the 2019 third-placers for the rousing win with an added-time goal punctuating the dominance with another half left to play.

Naw Htet Htet Wai opened the scoring for the last edition’s third-placers in the 17th minute before July Kyaw made it 2-0 just two minutes after.

The match then blew open with two more goals in the 33rd and the 39th minutes with Kyaw scoring again and Khin Marlar Thun putting one against the Timor Leste defense. Wai Phoo Eain made it five in added time just before the halftime whistle blew.

The Timorese side held the Asian Lionesses off for a good 17 minutes in the second period, but Myat Noe Khin eventually broke the ice with the sixth goal of the match. A second goal from the forward in the 85th minute was the cherry on top of this wire-to-wire win for Myanmar.

Myanmar will look to follow this win against Cambodia on July 9 at 4 p.m., while Timor Leste will attempt to bounce back against Laos on July 7 also at 4 p.m. Both matches will still be played at the Biñan venue.