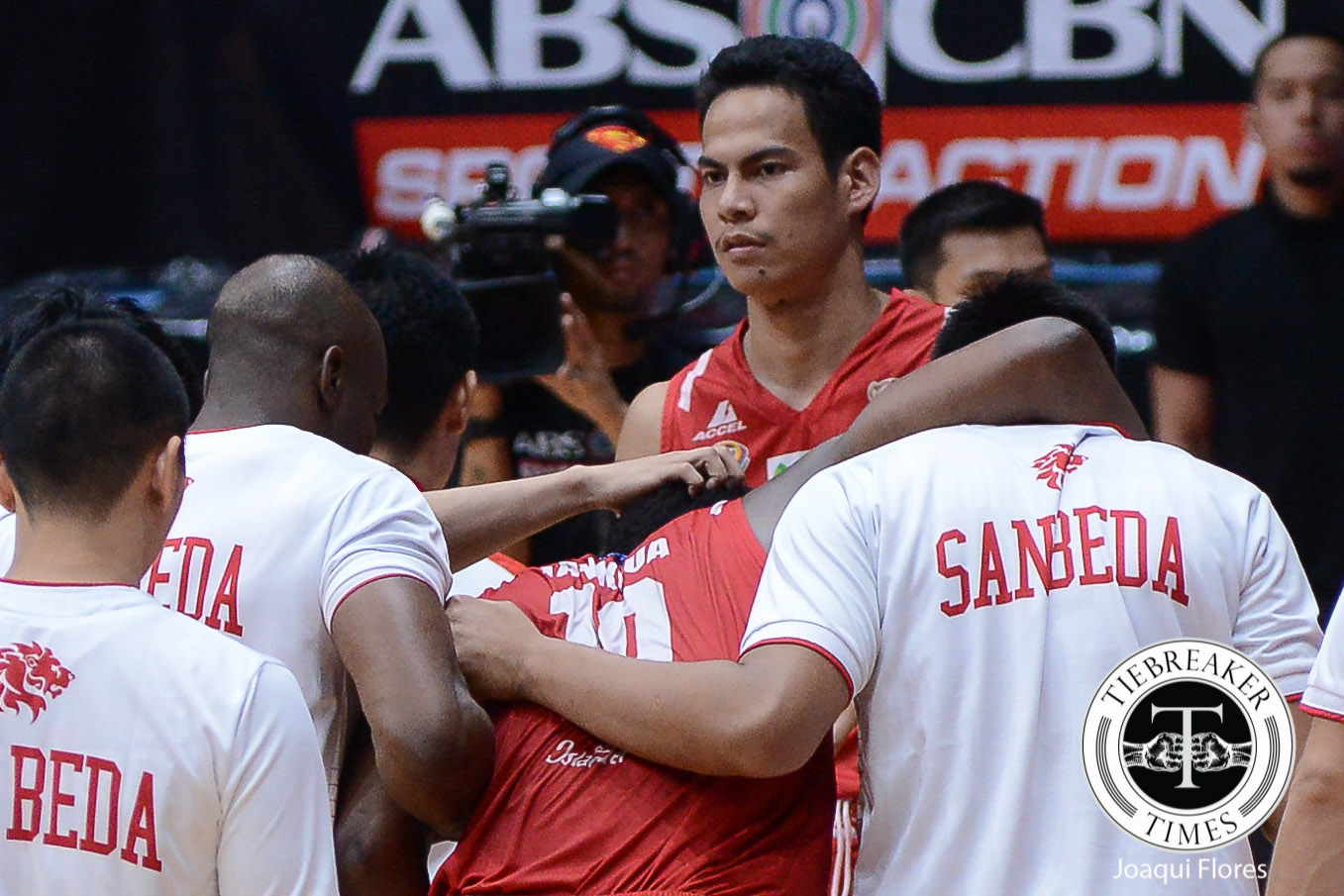 How will the team fare in a league defined by Arellano head coach Jerry Codinera as a foreign student-athlete dominated tournament? Are the Red Lions ready for a scenario like this? Who will step up to anchor San Beda’s defense?

“We’re going to prove to everybody na this team is not built around Donald,” San Beda head coach Jamike Jarin, who is known to play every single member of his team in games, said. “We have 15 players ready to step in but Donald is a big factor.”

In the first three games the Red Lions played without the Cameroonian student-athlete, it was 20 year old transferee from the Technological Institute of the Philippines Benedict Adamos who heeded the call when his team needed him the most.

The Bicol-native, in his first eight games in the NCAA, played a total of just 28 minutes per contest, totaling five points, nine rebounds, and a couple of swats.

Even with the lack of playing time he had during the first round, Adamos always kept himself ready.

The 20 year old big man slowly found his groove during the past three games. His tallied his best game last Friday against rivals Letran Knights finishing the game to the tune of 18 points on 8-for-11 shooting, nine rebounds, and six blocks.

His stellar play may have been overshadowed by the unfortunate melee that ensued after the game but it did not go unnoticed.

The tallest player in San Beda’s line-up shared that he is soaking in everything knowledge the San Beda coaching staff has been teaching him to further hone his craft.

With this opportunity given to him, Adamos is seizing the moment and, with how things are going, is not going to let go of it.