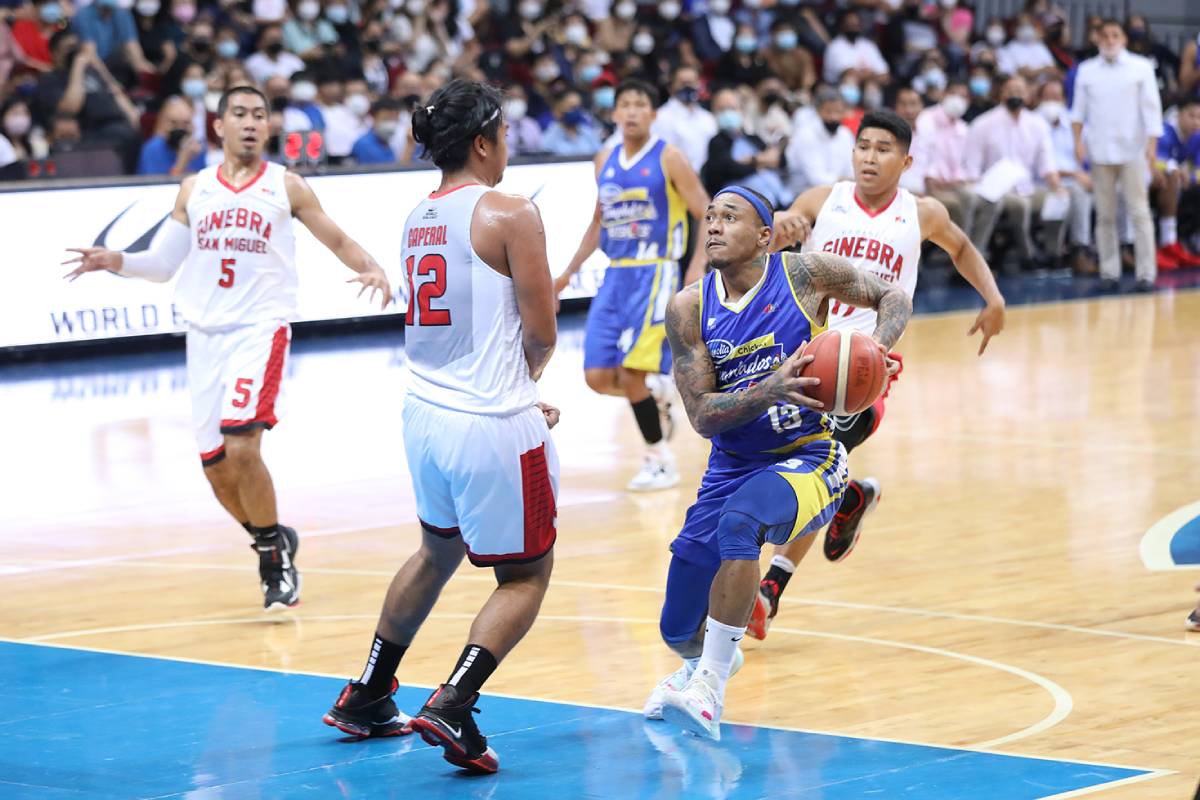 Furious and in disbelief was Calvin Abueva after getting ejected during Magnolia’s rivalry game against Ginebra on Sunday.

After all, it was the game the reigning Best Player of the Conference had been looking forward to after his meltdown last Friday against San Miguel.

However, his appearance on Sunday proved to be shortlived after an encounter with Nards Pinto.

Abueva was whistled for his first technical foul after taunting Pinto after stopping his fastbreak opportunity.

Then with 9:15 left in the game, he incurred a second technical foul.

Abueva, who had nine points, eight rebounds, two assists, and a steal, immediately packed his bags and left the SM Mall of Asia Arena after his ejection.

An hour after the game, the enigmatic 6-foot-3 forward out of Pampanga went to social media to vent.

And he challenged the PBA to review the tape to see if he did anything wrong. If he did, he would gladly walk away from the league.

Since returning to the league in 2020 after a long suspension, Abueva has been a picture of calm, even being nominated for the league’s sportsmanship award.