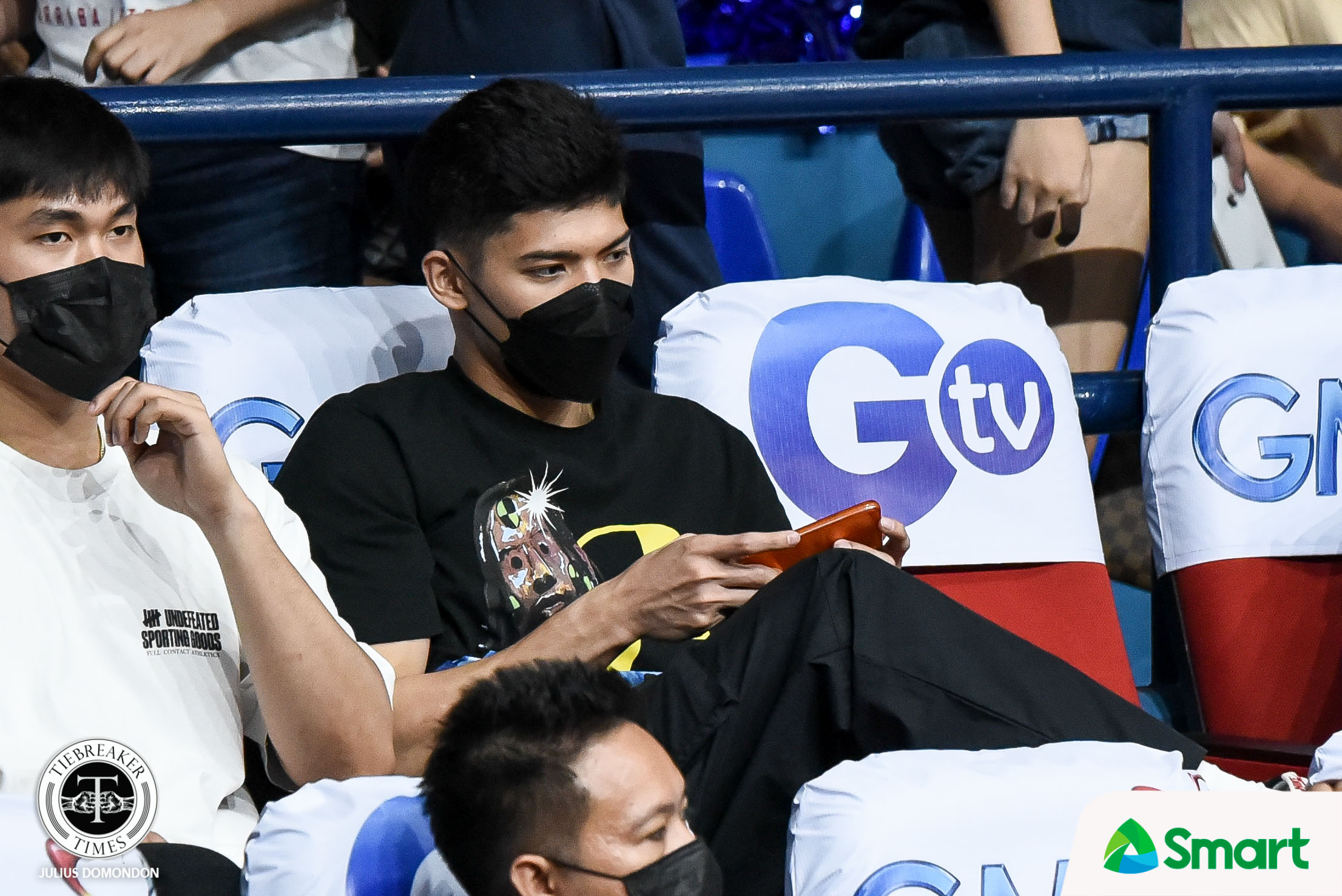 Rhenz Abando had a special guest during Game One of the NCAA Season 97 Seniors Basketball Finals.

Just two days after winning the UAAP Men’s Basketball crown with University of the Philippines, his good pal CJ Cansino made sure to pay him a visit at the Filoil Flying V Centre.

Well, seeing Cansino there motivated Abando, even more, to win his first-ever chip with Colegio de San Juan de Letran as he knows that if he doesn’t, he’s going to get an earful from Cansino.

And Abando needs to draw inspiration from Cansino.

It can be recalled that Cansino missed four games for the Fighting Maroons as he suffered a bruised leg last May 1. 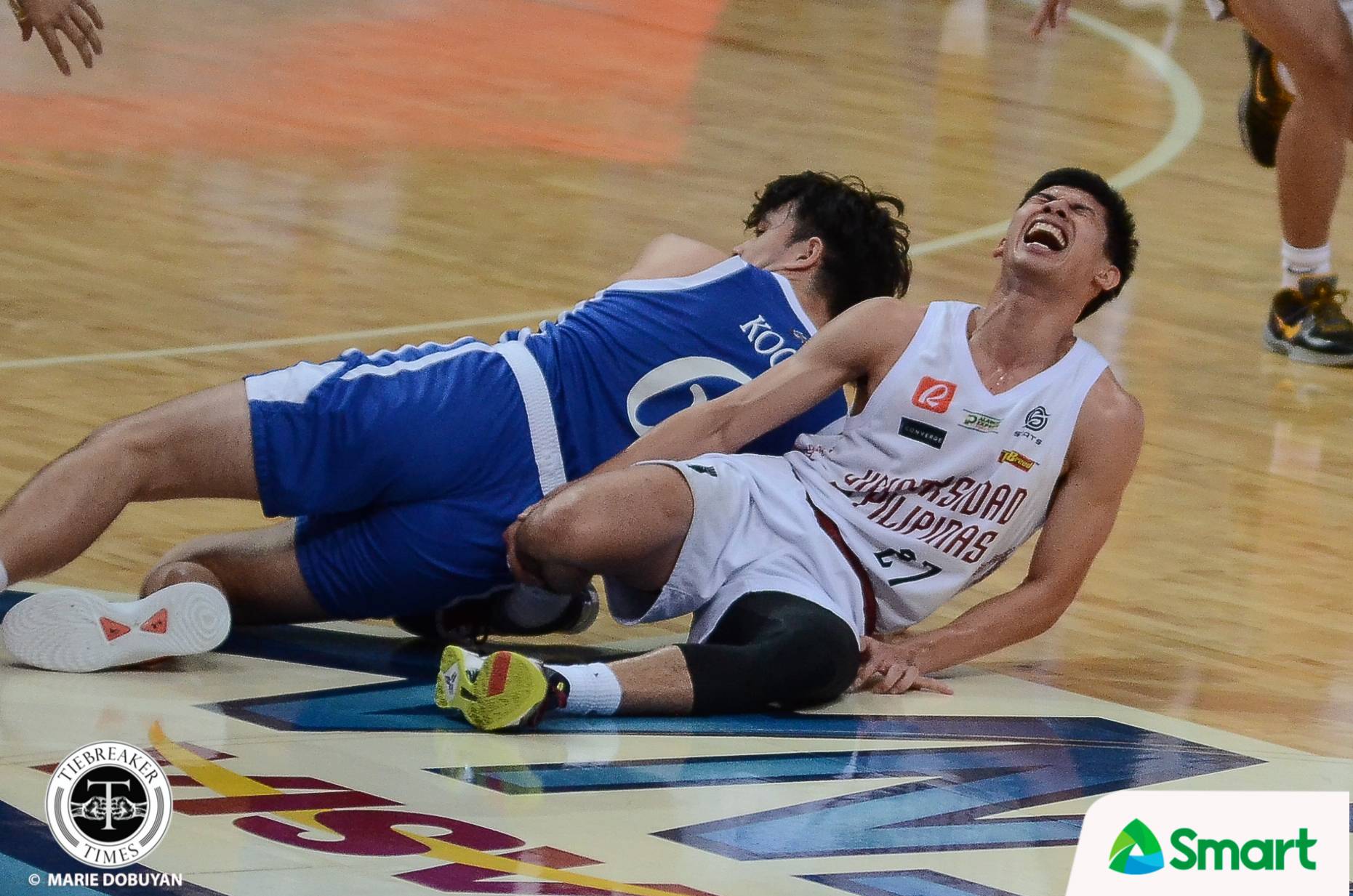 His return to UP proved to be heroic as he was instrumental in UP’s 72-69 overtime win that toppled the Ateneo dynasty as he dropped 14 points in just 11 minutes of action. 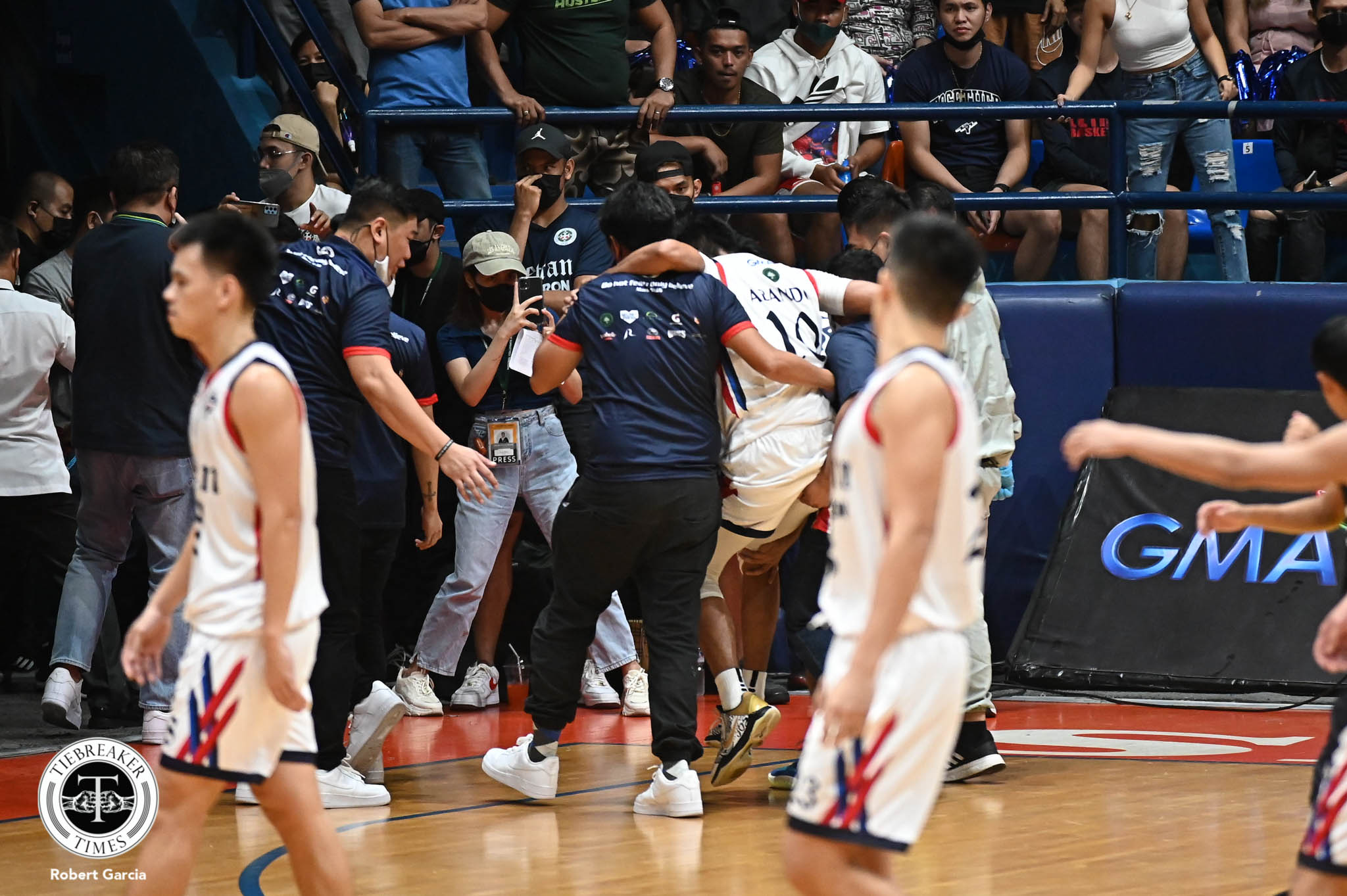 During the third quarter of Letran’s game against Mapua, Abando sprained his left ankle, landing badly after a highlight putback jam.

Without Abando, the Knights were still able to eke out a 68-63 win over the Cardinals to move on the verge of the title.

Despite being so close to the elusive crown — a championship that was denied to both Abando and Cansino during UAAP Season 82, the La Union native is not getting ahead of himself.