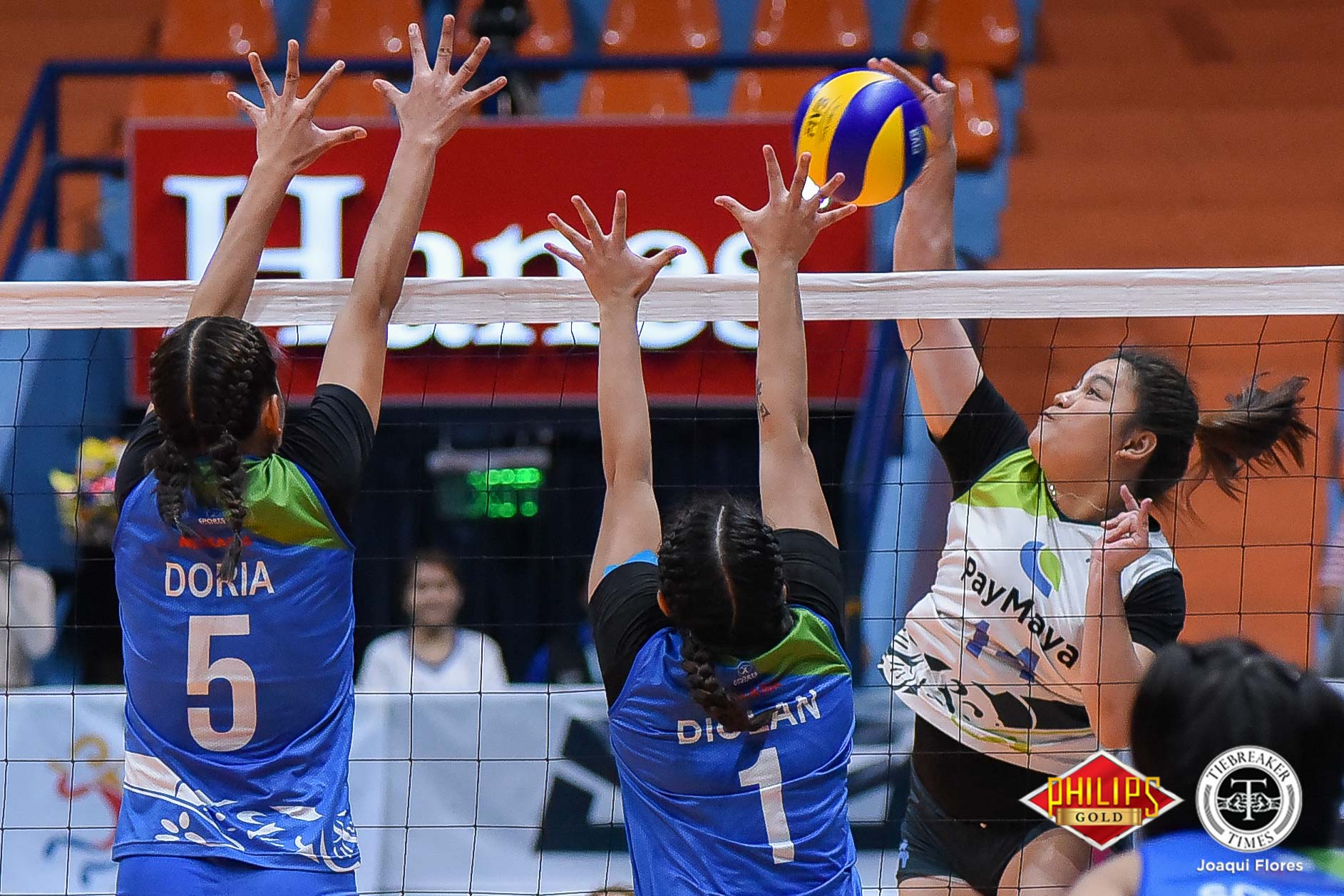 After starting the match with a deflated first-set effort, the High Flyers dominated the Water Defenders in the following frames, gaining quick leads and fending off Bali Pure runs. With the fourth set tied at 20, PayMaya floundered through the next five points, allowing Bali Pure-NU to force a decider.

By the fifth set, the more experienced PayMaya side easily prevailed. Tess Rountree started the set with consecutive hits, setting up a run that gave them a 13-6 lead, placing the match’s outcome out of doubt.

“Sabi ko sa kanila there’s nothing to be serious about this game, just finish this. Whatever happens, we have the highest quotient but we don’t want to end the eliminations on a very bad manner,” said PayMaya head coach Roger Gorayeb, sharing what he told his team before the match.

“You still have to play your best. If we lose, there’s nothing to worry about as long as you played your best,” the former NU Lady Bulldogs head coach pointed out.

Rountree finished with 27 points, while Jorelle Singh hopped off the bench in the second set and managed 11 markers.

PayMaya move on to the semifinals, taking a three-week break along with the Creamline Cool Smashers. Bali Pure end the preliminary with a 3-4 slate. They join Pocari Sweat, BanKo, Iriga-Navy, PetroGazz, and Tacloban in the round robin quarterfinals.

Roger Gorayeb harbors no ill will towards Babes Castillo

Though he rarely dunks, Henry Walker did so for the win