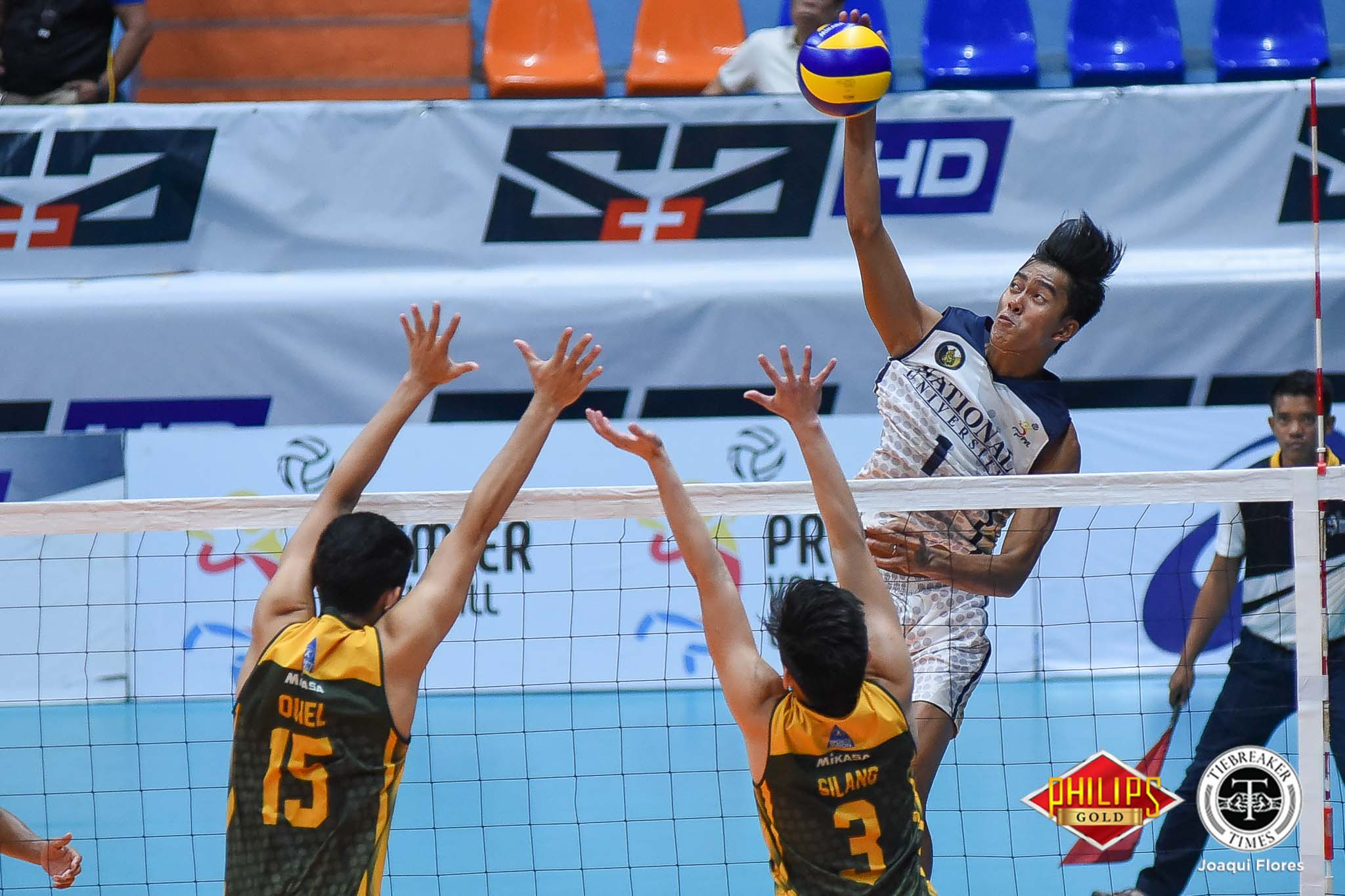 The Bulldogs leaned on the prolific scoring once again of outside hitter Bryan Bagunas who produced 23 points in the match. Middle blockers Kim Malabunga and Francis Saura had their way also at the net with 12 and 11 markers, respectively.

Unlike the second game where National U side dominated the blocks, the Tamaraws fought to toe this time after the latter ended with 10 against the former’s 13.

After taking the first set with relative ease, National U had to crawl back in that second set tussle. An exchange of hits and errors ensued, but it was FEU’s Raymond Bautista’s service fault that cost them the set. Bagunas fired two straight attacks, one up front and one from the back, to ultimately push the Bustillos-based squad to a 2-0 lead.

From there, it was cruise control for Bagunas, Saura, and the rest of Bulldogs as the Tamaraws failed to respond to the onslaught.

For Alinsunurin, the battle for the title between his wards and the University of Santo Tomas will boil down to a non-scoring skill, which is service reception. “Sa service receive [magkakatalo]. Yung opensa naman kasi halos nagkakapantay kami. Kasi dahil dun maayos yung blocking namin at yung depensa so kung sino may receive, siguradong aabante sa Finals.”

Skipper RJ Paler led the charge of the Tamaraws with 15 points, 13 off attacks along with two blocks.

That Finals series will commence on Sunday, September 9, with its Game 1 scheduled at 11 am. The Battle for Third series between FEU and Adamson University will take place before that match at 9 am.