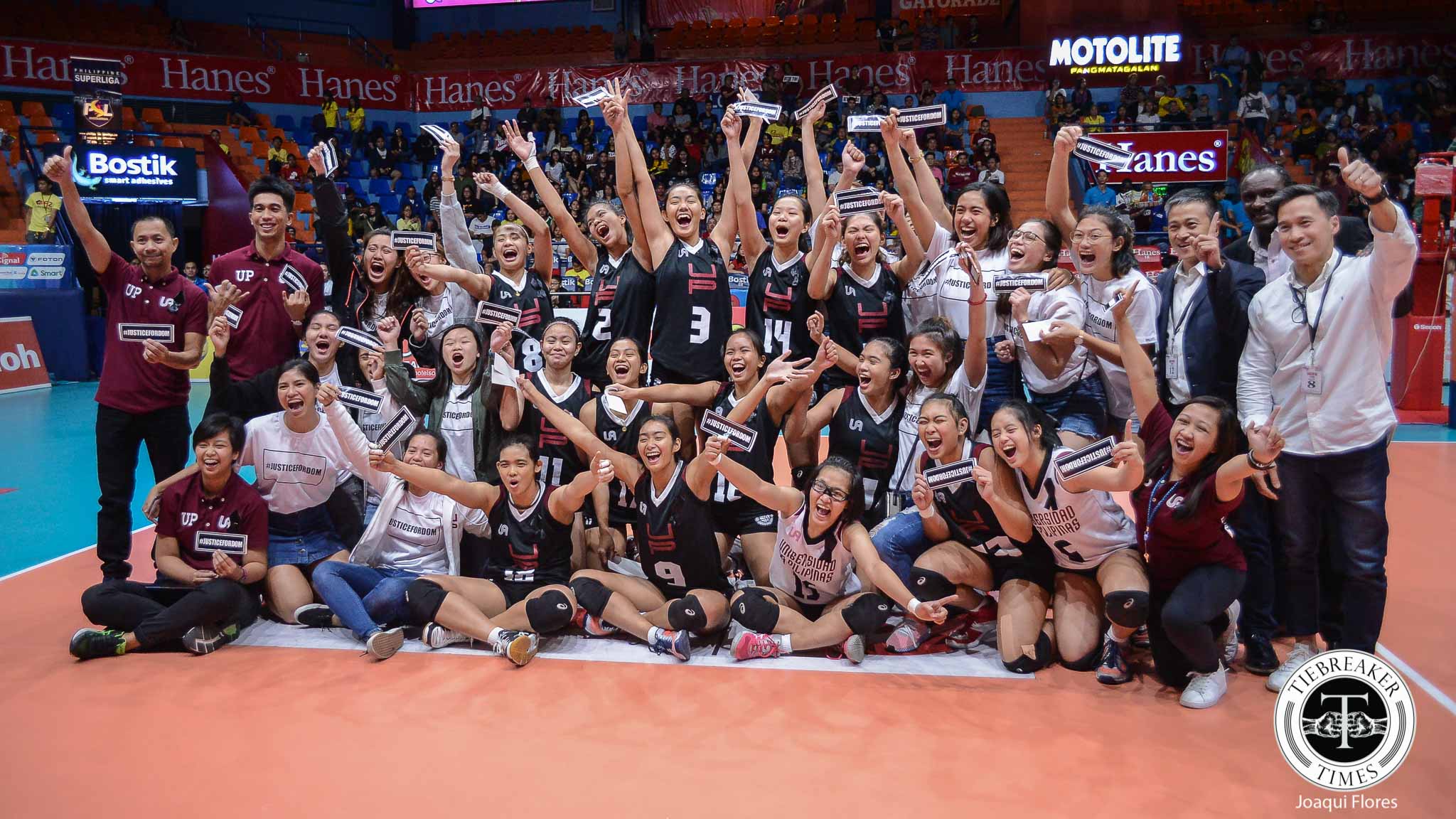 The CGS is UP’s second title this year. Earlier in 2018, they toppled the Far Eastern University for the PVL Collegiate Conference championship.

UP bounced back from a horrid performance in the play-all second set, staving off a late UST run in the third set. Tied at 23, UST’s Eya Laure served long, setting up Justine Dorog’s set-winning swing.

The fourth year open hitter, however, hurt her shoulder in the process. But despite the setback, UP responded in the fourth set, erasing an 8-2 UST lead to grab a 13-9 cushion. With captain Tin Francisco sustaining a left patella injury during UP’s run, the Tigresses struggled to regain form, allowing UP to run away with the title.

Having had to muster comebacks throughout the match, UP head coach Godfrey Okumu emphasized his team’s fighting mantra.

“We knew that we were going to need to fight for every point today. It was difficult, but my team really showed their composure,” said the Kenyan tactician.

“It’s a lot of pressure for us now heading into UAAP. We’re going to embrace it. That’s going to help us prepare,” the second-year UP head coach added.

Aside from the gold medal, UP also won funding for their overseas training.

In the first match of the day, the University of the East Lady Warriors bagged bronze against the Far Eastern University Lady Tamaraws, 27-25, 25-23, 25-16.