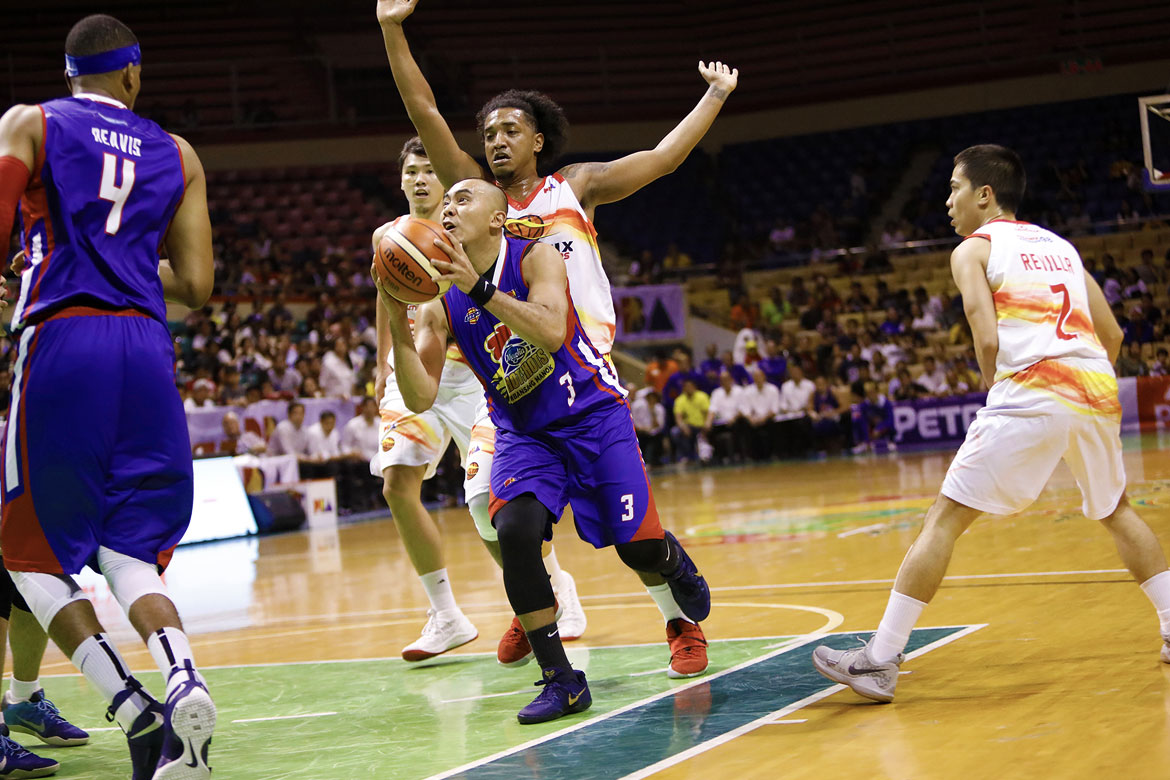 A late-game rally by the Magnolia Hotshots was more than enough to repel a hungry Phoenix Fuel Masters side, 97-91, for their third consecutive victory, Saturday night at the Cuneta Astrodome in Pasay City.

The Hotshots have now improved to 4-1, while the Fuel Masters absorbed their second loss in a row and have dropped to 2-3, creating a four-way logjam with Rain or Shine, Blackwater, and NLEX in the team standings.

“It was all mental toughness in the end. It was about our perseverance, our desire to win, and chemistry sa dulo,” said Magnolia head coach Chito Victolero. “Thankful ako sa players kasi they didn’t, give in sa pressure.”

Paul Lee led the charge with 20 points — despite shooting 33 percent — along with five rebounds. Rome Dela Rosa supplied 17 markers on 9-of-10 free throw shooting, while Ian Sangalang had 16 points and seven rebounds.

The Fuel Masters were actually ahead, 89-84, with 3:01 remaining in the fourth, but lost gas afterwards as the Hotshots pulled off a 9-0 rally — punctuated by Lee’s freebies — to build a 93-89 lead with just 42.1 seconds left to play.

Phoenix — even after Gelo Alolino sinking free throws to make it 91-93 — never had any chance of wielding the upset axe. Rafi Reavis’ follow-up off a Lee miss with 12.5 ticks left proved to be the dagger that put Phoenix down once and for all.

Mark Barroca had 12 points for Magnolia. Reavis had himself 11 points and 11 rebounds, while Marc Pingris, despite scoring just four, hauled down 17 rebounds, dished out four assists, and blocked two shots.

Magnolia will aim to keep their streak alive against the TNT Katropa next Saturday, January 27, at 6:45 PM. Phoenix will try to end their skid versus the Barangay Ginebra San Miguel on January 26, Friday at 7:00 PM. Both games will be at the SMART Araneta Coliseum.