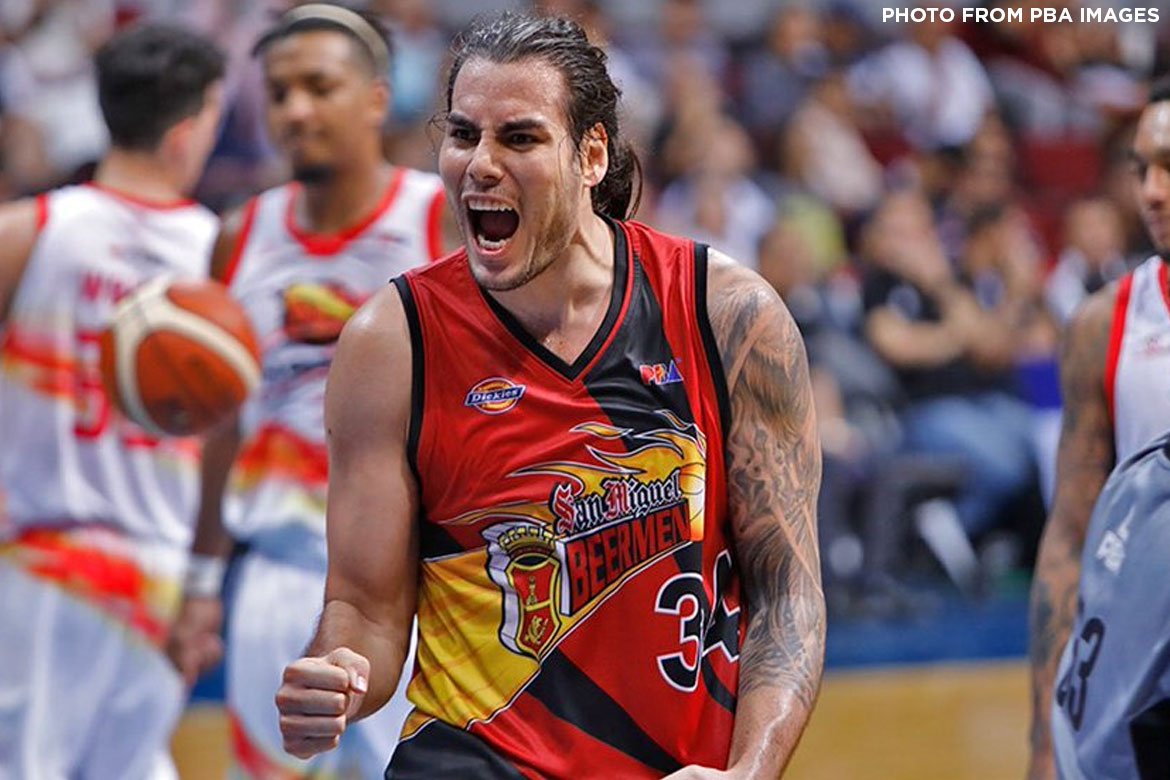 Though tempers flared in the final four minutes, the San Miguel Beermen stayed composed and routed the Phoenix Fuel Masters, 117-100, to end their three-game slide in the 2018 Governors’ Cup, Friday night at the Mall of Asia Arena.

The Beermen have hiked their card to 3-4 while sending the Fuel Masters to 6-3.

Christian Standhardinger paced San Miguel’s balanced attack with 29 points and 14 rebounds. Marcio Lassiter, who only had seven in their loss to Alaska Aces last week, made 26 points, eight assists, and six rebounds.

Import Kevin Murphy, who averaged 41 points in his first two games, had 26 points and seven rebounds in the win.

San Miguel managed to post big leads a few times in the game, but Phoenix would climb back. But the door closed on the Fuel Masters when San Miguel made a 21-7 rally for a 92-77 lead with 8:21 left in the fourth quarter.

San Miguel were coasting through the win until emotions ran high with 4:11 left in the game, as Murphy and Phoenix star Calvin Abueva got entangled – the latter was under the former’s arm and appeared to be headlocked.

The two had to be separated by their teammates and security personnel, but it didn’t stop there, as Fuel Masters head coach Louie Alas and SMB assistant Biboy Ravanes were seen exchanging words in front of the table officials.

There was even somebody from the stands who threw an object onto the court.

Cooler heads prevailed. Kelly Nabong, who tried to end the commotion, got a personal foul; Murphy a flagrant foul penalty one; and Abueva, Alas, and Phoenix manager Paolo Bugia were assessed a technical each for entering the court.

Import Eugene Phelps, who had 51 points in Phoenix’s dominant win over NLEX Road Warriors last Wednesday, had 37 points, 26 rebounds, and six assists to lead the Fuel Masters. RJ Jazul had 16 points off the bench.

Abueva had 13 points, six rebounds, and five assists in the loss.

San Miguel will next play the TNT KaTropa on October 20, Saturday, in Calasiao, Pangasinan, while Phoenix will look to redeem themselves versus the Rain or Shine Elasto Painters on October 24, Wednesday, at the Cuneta Astrodome.