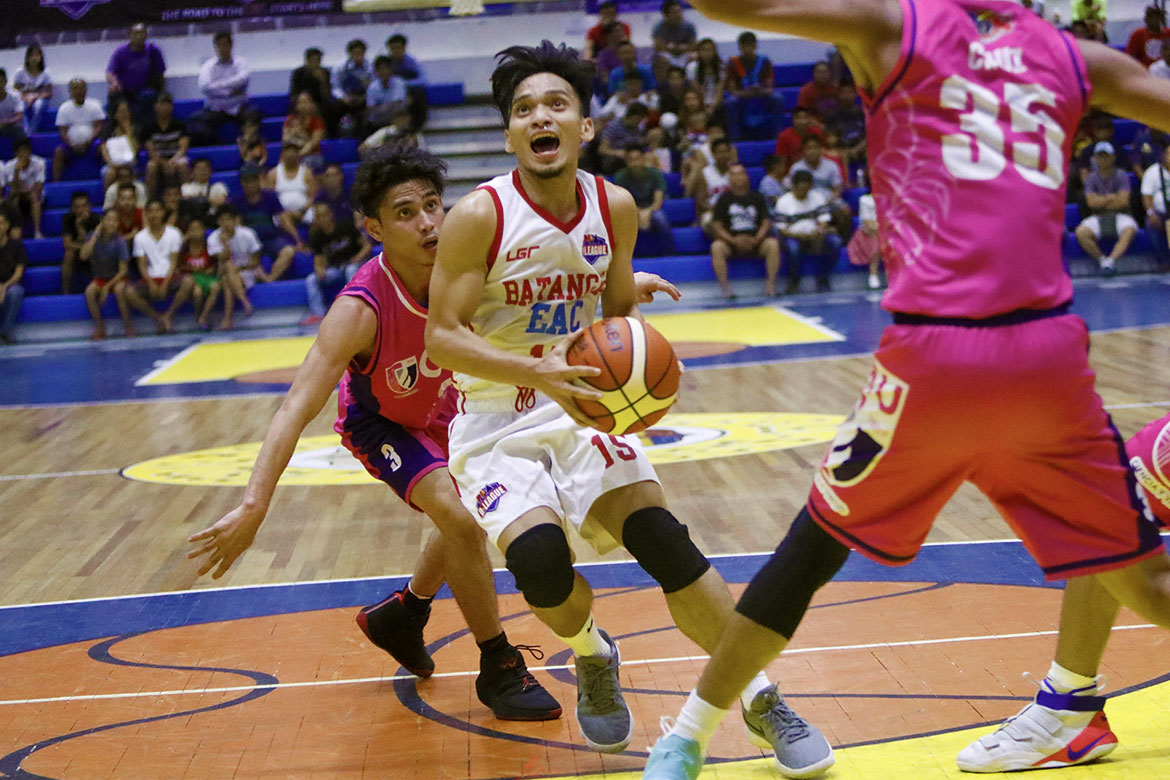 The Batangas-Emilio Aguinaldo College Generals scored a huge upset of the Centro Escolar University Scorpions with a 89-87 shocker, Monday afternoon at the Pasig Sports Center.

Cedric de Joya was instrumental in the Generals’ fightback from 24-points down, 20-44, in the first half, dropping 10 of his 18 points in the fourth quarter, to go with three assists, two rebounds, and two steals.

The pint-sized playmaker’s heroics in the endgame were crucial for Batangas-EAC’s heist, as he drilled seven straight points in the last 1:42, including the big triple that put it on top 87-85, with 42.3 seconds on the clock.

Chris Dela Peña chipped in 13 markers and six boards, and Cedric Ablaza registered a double-double of 12 points and 12 rebounds in the victory, which ended the Generals’ four-game losing slide.

The Scorpions still had a chance to tie the game in the waning seconds, but Joseph Manlangit stepped on the line as his jumper was ruled as a long two in the last 10.6 seconds, keeping Batangas-EAC ahead, 88-87. Garcia finished off the game with a split before Ablaza stole the ball in the final four seconds to put the game beyond reach.

The Generals rose to 2-8 for the conference, while denying the Scorpions a chance to snare the top seed and dropped them to 8-3.

CEU can still gain a top two seat, but they need Marinerong Pilipino and Akari-Adamson to lose their final games in the eliminations.

Judel Fuentes led the Scorpions with 26 points and six rebounds, while Manlangit had 16 markers and six boards.

Rod Ebondo sat out this game, still due to his back injury, while Orlan Wamar was tossed late in the first period after throwing the ball to an opponent.