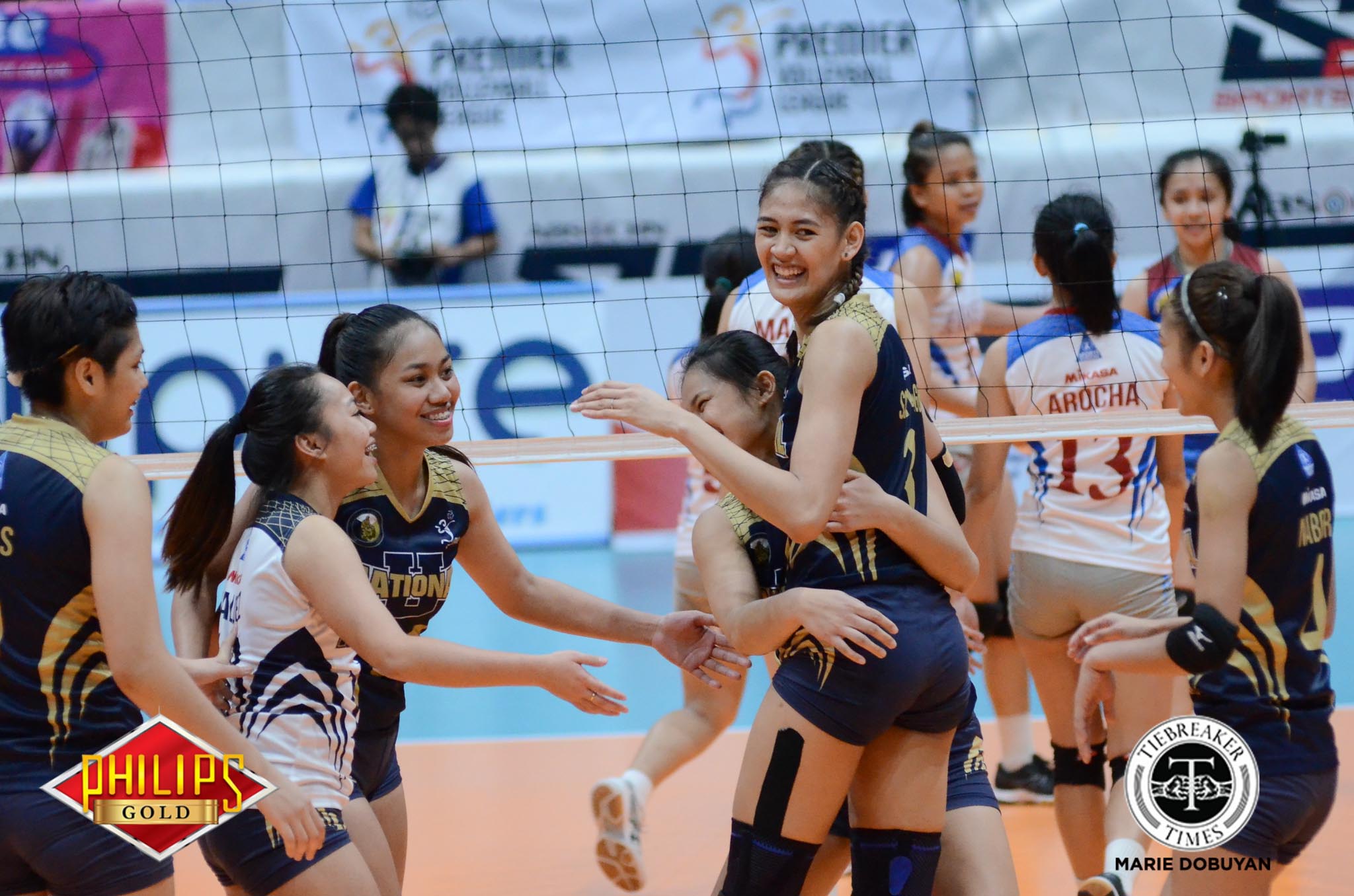 The Lady Bulldogs cruised in the first two sets, quickly grabbing double-digit leads. The two-time champs had another blowout in hand in the third set, leading 15-11 before the Lady Chiefs settled into their comeback. The set boiled down to long rallies, allowing Arellano to force a 21-all tie.

From there, Santiago dominated. The six-foot-five National Team stalwart powered in three of NU’s last four points to seal the victory and keeping her squad undefeated for the conference.

“I think everyone’s getting to know their responsibilities better and taking ownership,” said NU’s new head coach Babes Castillo. “I always tell my players that we need to keep innovating and being creative. I think we’re doing better now and we’re just focusing on improvement.”

The Lady Bulldogs can seal their Finals trip on Saturday at the FilOil Flying V Centre.