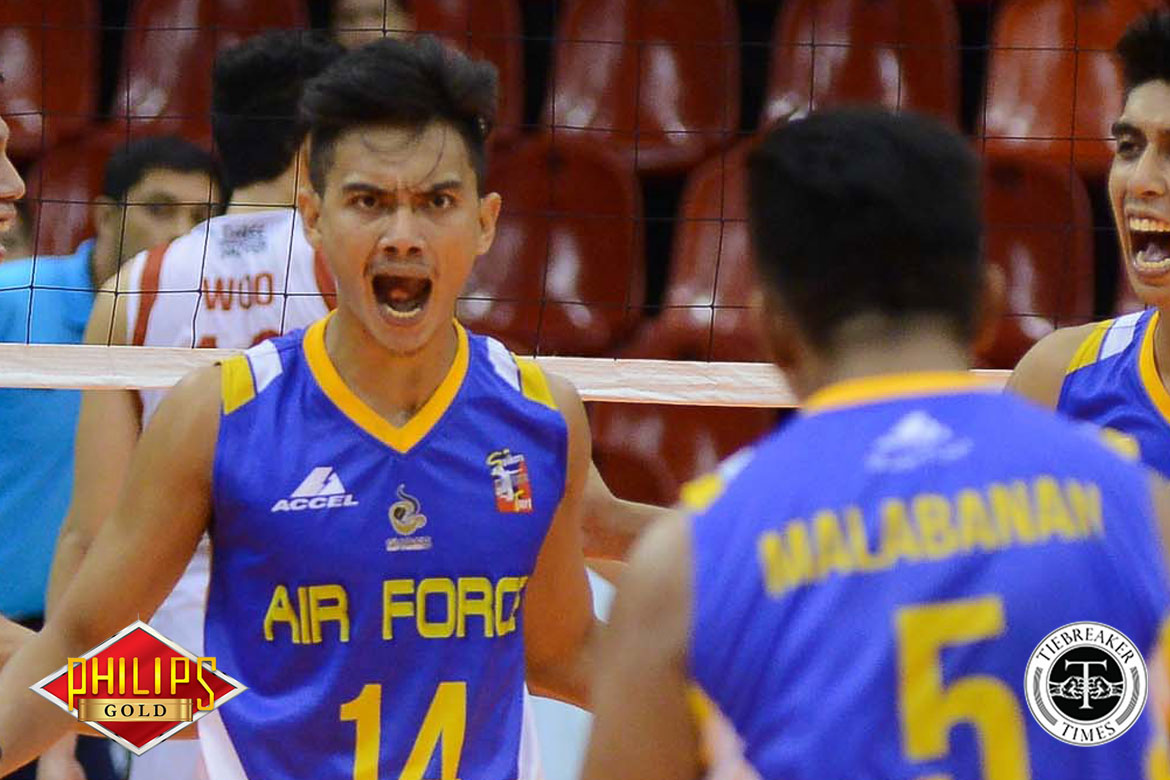 After a straight-sets loss to the Sta. Elena Wrecing Balls in their first outing, Air Force head coach Rhovyl Verayo welcomed the addition of the young Bulldogs in today’s match, although he also acknowledged the need to develop better chemistry.

Although each set became a close affair in the latter parts, Air Force controlled the match throughout and led most of the way. The Jet Spikers tallied eight blocks and six aces that thoroughly controlled the tempo of the match.

The Jet Spikers evened their record at 1-1. They will try for their second win against the Army Troopers (2-0) on May 18 at the FilOil Flying V Centre.

The Volley Masters succumbed to a 1-3 slate. They play their final elimination round match against Café Lupe (0-3) on May 23.

No Valdez in Clash of Heroes

Coach Chot appreciates Ultras presence: ‘It’s great to have them’