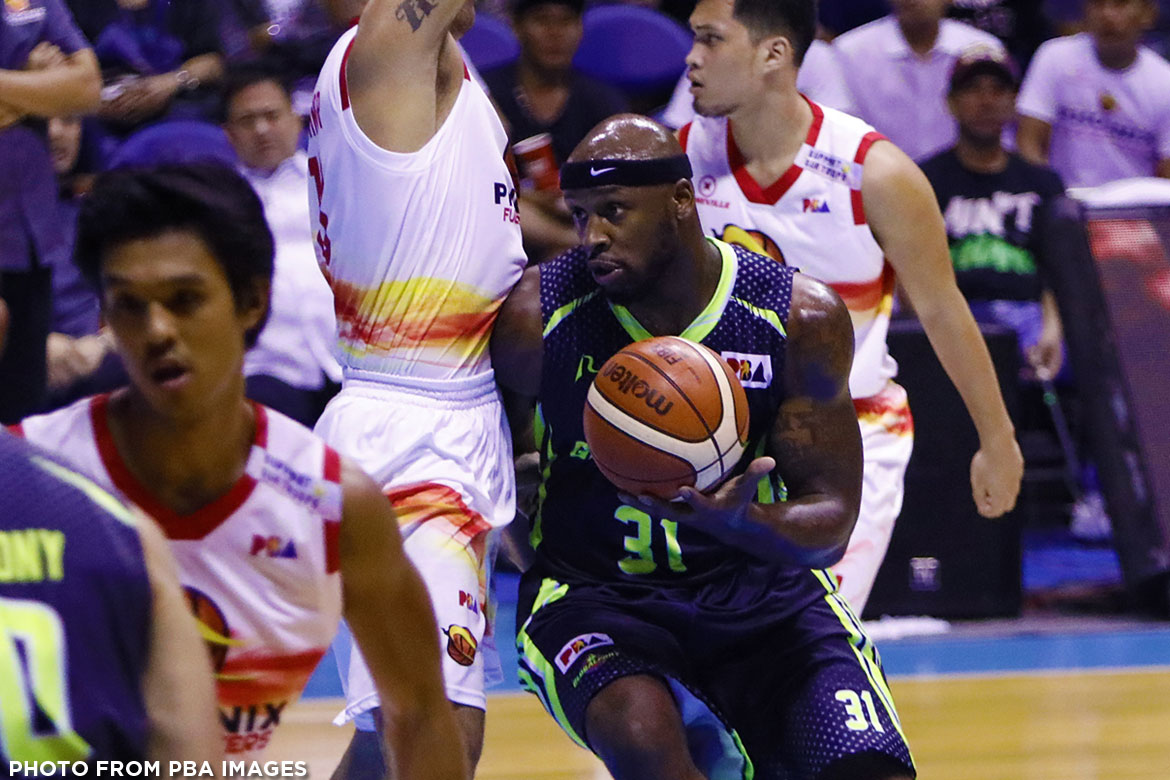 Cruising with a 30-point lead, the Globalport Batang Pier decided to enter cruise control. But the Phoenix Fuel Masters did not go down without a fight.

But the lead proved to be too much, as Globalport handed Phoenix their first loss of the season, taking a 100-91 victory on Wednesday evening at the SMART-Araneta Coliseum in Quezon City.

“Good win for us. It’s a good thing that we were up by more than 20 points,” said Globalport head coach Franz Pumaren.

But Pumaren could not hide the dissatisfaction he felt with how the Batang Pier had ended the game.

Up 75-45 with 4:19 left in the third quarter, Globalport suddenly let their guard down, delving away from the crisp ball movement they had to start the contest.

Slowly, Phoenix chipped at Globalport’s lead, eventually bringing down the deficit to just five points, 88-83, after a booming triple by RJ Jazul with 2:56 left. JC Intal, who scored seven of his 11 points during the furious fourth quarter rally, fouled out with 2:12 remaining.

“I think we started to relax,” lamented Pumaren. “We enjoyed the game too much and everybody was doing their own thing. They thought that Phoenix would not give a fight. That’s what happens when we delve away with our game plan.”

Ryan Arana was able to stop the bleeding after cleaning up a Murphey Holloway miss. Holloway then followed it up with a huge dunk, while Terrence Romeo put the icing on the cake to seal the win.

Holloway, a former tightend for the practice squad of the Baltimore Ravens, impressed in his debut, finishing with 29 points, 26 rebounds, three assists, two steals, and three blocks.

“I guess we found the perfect fit for us, the inside presence that we need,” Pumaren remarked.

Terrence Romeo added 21 points but needed 23 attempts to do so, while Arana finished with 13 points on a perfect 5-for-5 shooting.

Phoenix import Eugene Phelps struggled in the game, shooting just 12-for-28 from the field, but he still finished with 32 points and 17 rebounds. Joseph Eriobu added 11 markers as Matthew Wright, fresh off his Jones Cup stint, finished with just four points on 0-for-6 shooting.

Globalport will next face the Barangay Ginebra San Miguel on Sunday, July 30, at 6:45pm. Phoenix, on the other hand, look to rebound from this defeat on the same day, taking on the league-leading NLEX Road Warriors at 4:30pm.