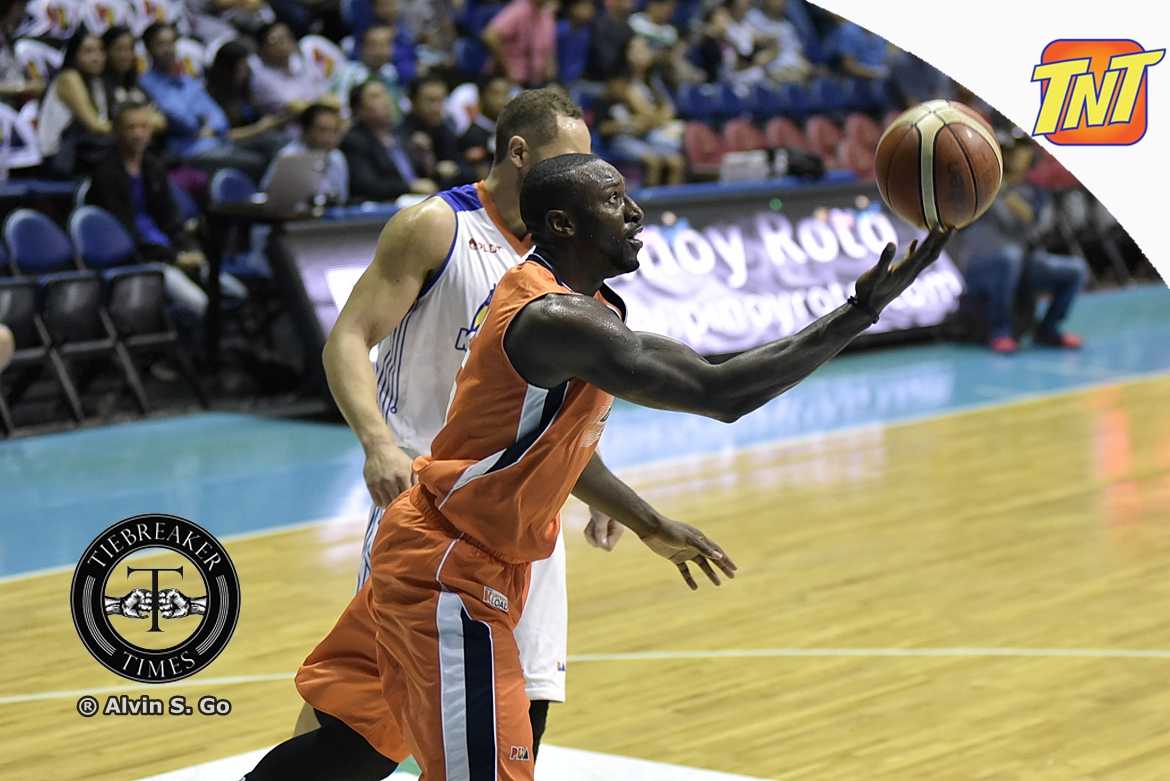 The Meralco Bolts had to hold off a huge late-game rally by the Star Hotshots to return to the win column, 96-90, in an out-of-town affair at the Sta. Rosa Sports Complex in Laguna, Saturday night.

The Bolts are now 6-2 in the standings, and are the third team next to the NLEX Road Warriors and the Barangay Ginebra San Miguel to qualify in the playoffs. The Hotshots, meanwhile, absorbed their third straight loss and are now 4-3, tied with the San Miguel Beermen and Rain or Shine Elasto Painters.

Allen Durham anchored Meralco with a monstrous 29 points and 27 rebounds, alongside seven assists and three blocks. Chris Newsome made 17 points and seven dimes, while Cliff Hodge had 15 markers and seven caroms.

The Orangemen started strong right from the get-go. With everything going in their way, they were able to erect a lead as huge as 20, 61-41, after Newsome conversion with 10:48 remaining in the third canto.

Meralco then sustained the huge advantage, until Star fought back hard from late in the third until the final frame. A Malcolm Hill lay-up off a strong drive with 48.9 seconds left lifted the men in gold to within six, 93-87.

The Bolts though shunned the door for the Hotshots afterwards. A Hodge underbasket stab and Durham’s split from the foul line with less than 27 seconds left enhanced their lead to nine, 96-87 — enough to seal the win.

Baser Amer and Garvo Lanete scored 13 and 11, respectively, for Meralco.

Both teams’ next assignments will be on September 15, Friday, at the SMART Araneta Coliseum. The Bolts will battle the Alaska Aces at 4:15 PM, while the Hotshots will face the Globalport Batang Pier at 7:00 PM.