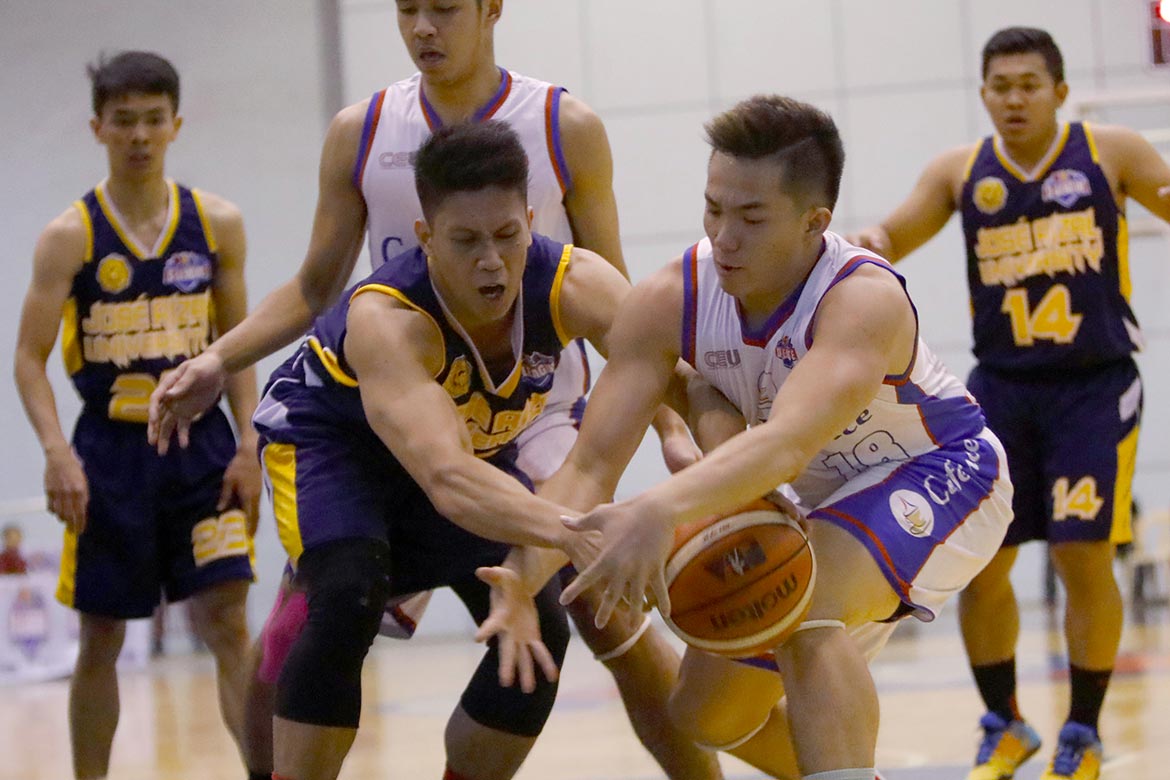 The Café France-Centro Escolar University Bakers barged into the semifinals with an 86-75 victory over the Jose Rizal University Heavy Bombers in their quarterfinals clash, Thursday afternoon at the Ynares Sports Arena in Pasig City.

Crawling back from a 10-point hole, 32-22, late in the second period, the Bakers exploded for 33 points in the third frame to take control and hold a 65-55 advantage.

Café France will now face off against second-seed Racal Tile Masters in a best-of-3 semifinals series.

However, coach Egay Macaraya aired his concerns, as he felt that the quarterfinal duel had exposed the Bakers’ glaring weaknesses.

“I think this game really showed that our weakness is when the defense goes to a zone. We must make our outside shots so that we can also get the ball down low to Ebondo,” he said.

Teodoro carried the JRU with 18 points, two rebounds, and two assists, while Jhaps Bautista got 14 markers, five boards, and three dimes in the loss.