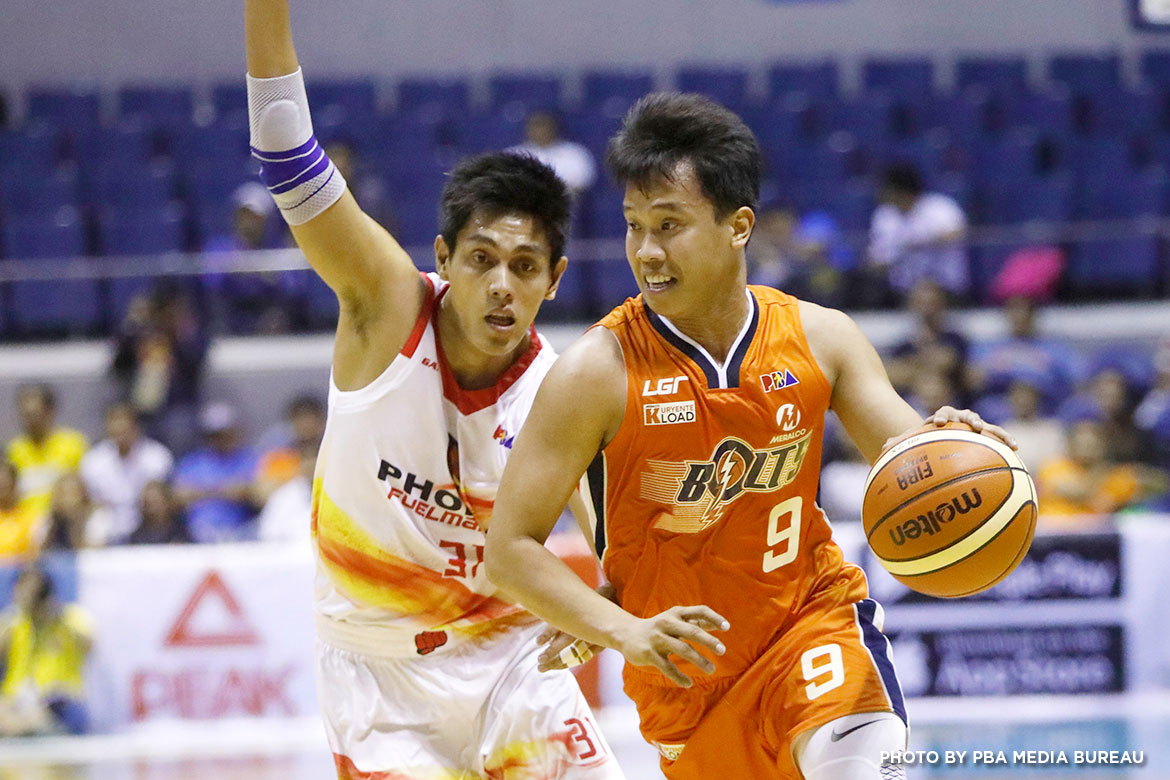 Many were expecting Jameel McKay to emulate the monstrous 40-20 outing he had posted weeks ago in Phoenix Fuel Masters’s stunner versus the Alaska Aces. But the streaking Meralco Bolts did not let it happen again.

Through a fourth quarter surge, the Bolts burned out the Fuel Masters, 81-66, to book their third win in a row and formally clinch a playoff spot in the 2017 Commissioner’s Cup, Wednesday night at the SMART-Araneta Coliseum.

“Defensively, we were pretty sharp tonight and it held up for the entire game,” said Meralco head coach Norman Black on the win, which sends their card to 7-1.

“Offensively, we have work to do. We didn’t shoot ball very well and execution wasn’t very well,” rued Black though, referring to the 43 percent shooting they had as a unit.

The Fuel Masters still managed to punch in a few baskets, but they did not pose any further threat as the lead proved to be too high to climb. An Ed Daquioag split from the foul line sealed the deal and settled the game’s result.

“I’m really happy with the defense. The guys really devoted to the game plan and executed really well on the defensive end,” added Black on their defense, which had limited Phoenix to shoot just 32 percent and forced them to commit 17 turnovers.

#ReadMore  Leo Austria on third-straight Coach of the Year: 'I never thought I will become a successful coach'

The stable Alex Stepheson still made his presence felt with 15 points on 12 shots alongside 20 rebounds.

Only two Fuel Masters scored in double figures to pace their team in the loss, which drags them to 3-5. McKay had 16 points and 16 rebounds, while Cyrus Baguio backed him up with 10 points on 10 shots.

Both teams will have Globalport as their next opponent. Phoenix will face them first this Friday, May 5, still at the Big Dome, while Meralco will go next on May 10, Wednesday, at the SM Mall of Asia Arena. Both games are set at 4:15 PM.