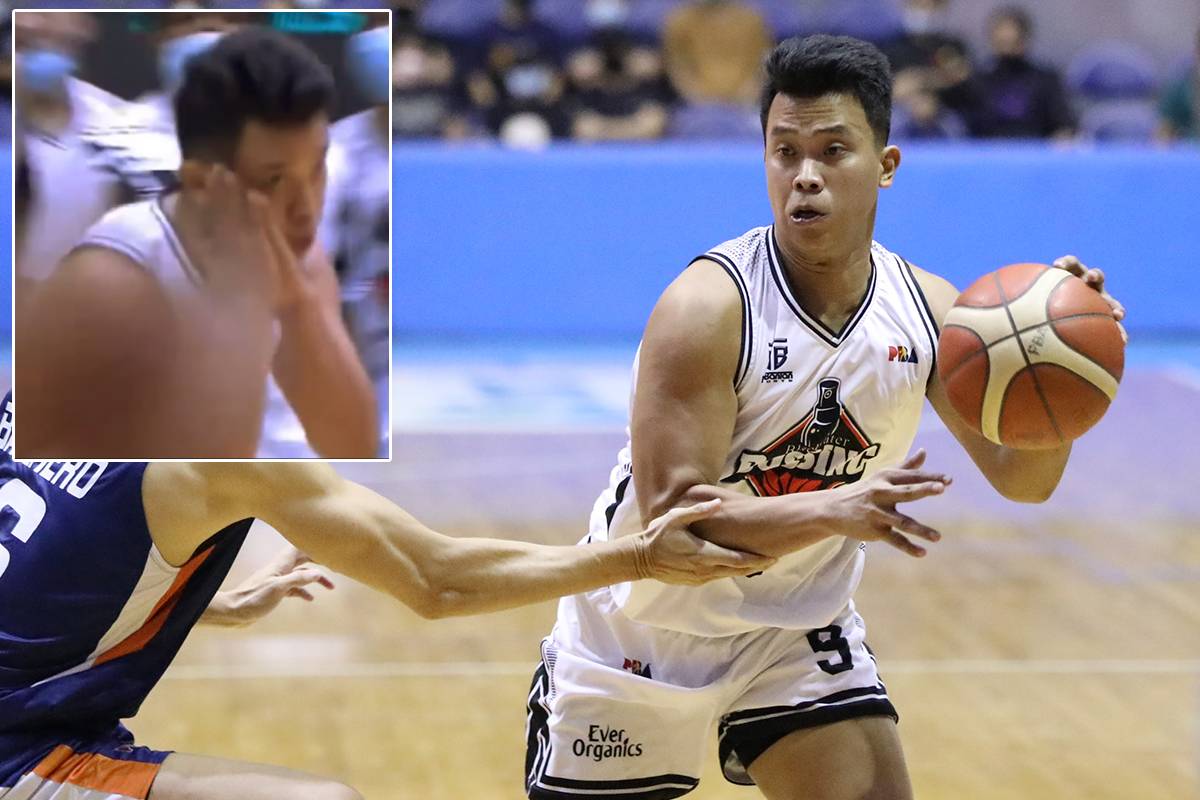 Baser Amer clarified that it’s nothing personal when he pulled off the ‘night night’ celebration upon hitting the clutch bucket to lift Blackwater past his former team Meralco in their PBA Philippine Cup encounter, Thursday evening.

The veteran guard did admit, though, that he got caught up in the moment, leading to the stunt made famous by NBA superstar Stephen Curry.

Amer lit up social media when the tight affair concluded in ironic fashion as the Bolts suffered their second loss in a row at the hands of their former star, whom they traded to the Bossing for Mac Belo in a three-player deal last year.

The 29-year-old was glad to finally play against his ex-ball club at full health after facing them twice previously while nursing different injuries.

Adding to his elation was his answered prayer of being able to execute the final play — Amer shared that he was surprised to be given the big responsibility of taking Blackwater home by no less than coach Ariel Vanguardia.

That’s because he thought the final play would be given to Jvee Casio, who nailed a big trey during a wild exchange with the opposition late.

Then again, Amer insisted that he has no ax to grind whatsoever against Meralco, that he’s just glad to see Blackwater up there in the standings — the Bossing are currently sharing the second spot with Ginebra with a 4-1 card.