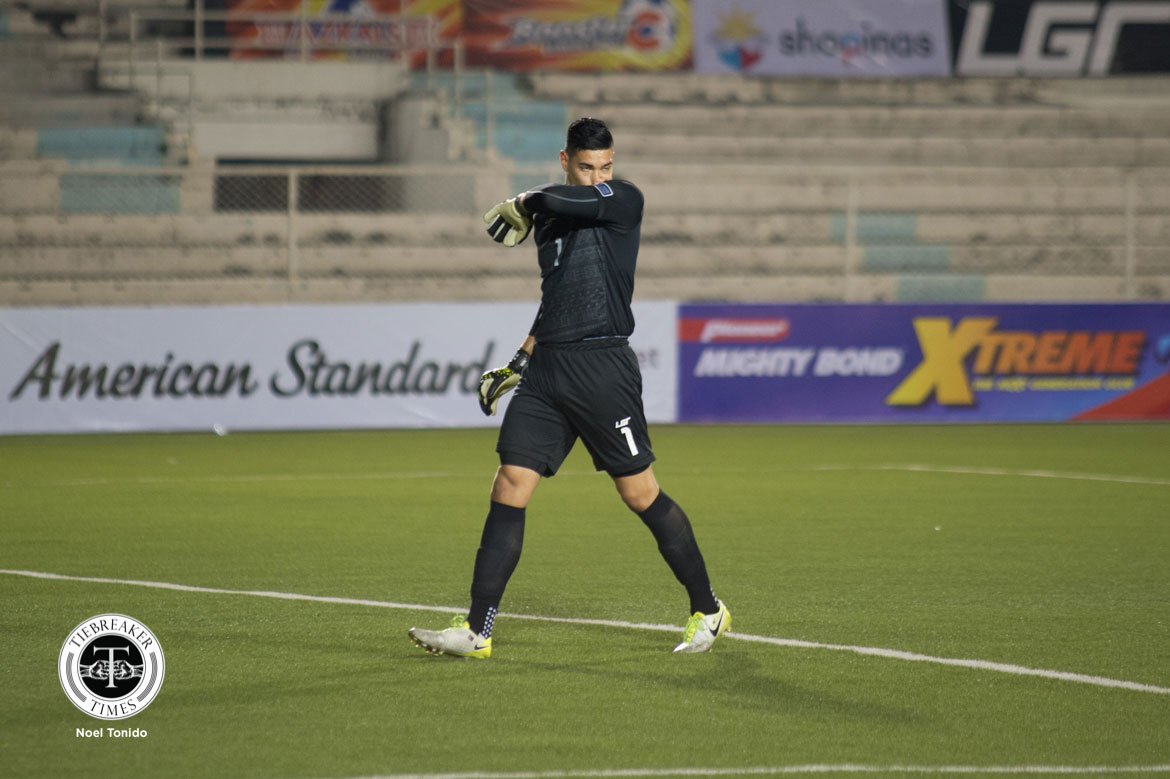 Ten years ago, a young lad from London made his first international appearance for the Philippines in what was a qualifier for the 2008 AFC Challenge Cup in Iloilo. Filipino-English goalkeeper Neil Etheridge, then 18 years of age, made a remarkable start to his Azkals career by keeping a clean sheet in the Philippines’ 1-0 victory against Brunei in Barotac Nuevo, Iloilo.

Two more matches followed — a goalless draw against Tajikistan and a 3-0 triumph over Bhutan, and Etheridge remained invincible in goal. However, only the team with the best record qualified, and it was Tajikistan, by virtue of a superior goal difference, that booked their place in the tournament proper in India.

Fast forward to 2018: the Azkals have turned the tables on their Central Asian rivals by qualifying for the 2019 Asian Cup at the latter’s expense. Etheridge, just like 10 years ago, is around to experience what is the biggest moment of his life in a Philippines uniform.

Overwhelmed by the occasion, the 28 year-old goalkeeper expressed sheer delight at having brought the Philippines further in the footballing world.

“Everyone was extremely happy. I mean, it’s taken a year and we’re finally there, we’ve qualified,” he summed up.

“It’s a great journey for everyone involved.”

Navigating a group that included Tajikistan, Yemen, and Nepal wasn’t always going to be easy, although the Philippines nearly made it look that way early on. Two wins in their first two games were followed by three worrying draws – two against fellow qualifiers Yemen. In both of those stalemates, the Azkals needed to dig deep to take a share of the points against a team that looked like beating them twice.

A chance to seal qualification still came last November with a win away in Nepal. When that didn’t materialize, the Philippines were left to do the job at home four months later against a team that could effectively knock them out of the running — Tajikistan. 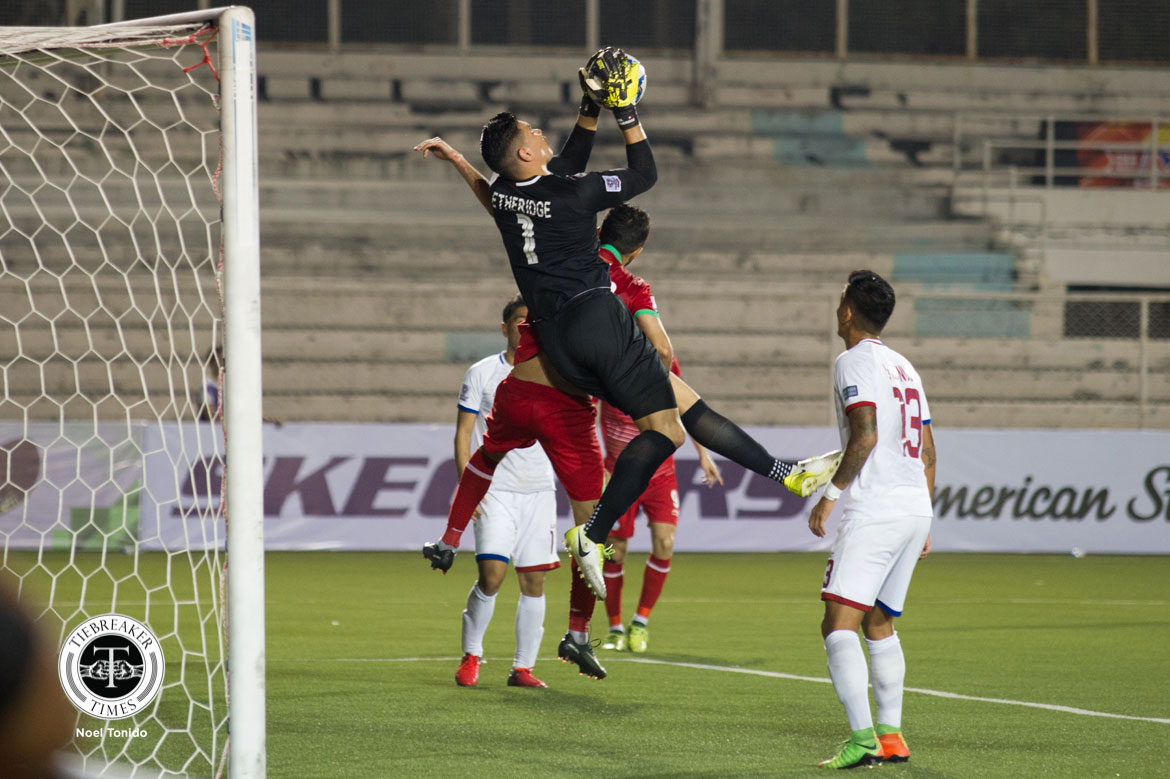 Ultimately, the Azkals managed to play the whole of the third round of qualifying without defeat – an achievement in itself. According to Etheridge, the journey was made more difficult than they had hoped for given their bright start. Nonetheless, he reckoned it brought out the best out of them.

“[We] Made it hard for ourselves, you know, we should have made it two games ago.

“We made it hard for ourselves again tonight but it just shows the character and strength we’ve got from our team,” said the man between the posts for the 59th time in Philippine colors to members of the media after the match.

It was truly made tougher when the Azkals went on the brink of elimination. Etheridge was beaten 65 minutes into the match by Akhtam Nazarov. Despite falling behind, the Philippines showed great character towards getting a positive result. On his part, the Bluebirds’ custodian knew how important it was to stay more composed than ever and it showed all throughout the last 25 minutes of the match.

“Don’t concede another one,” Neil thought to himself after the Azkals went trailing by a goal. “We’re always in the game, we knew that we only needed a draw, we knew if we got one goal back we’re still qualifying.”

Backed by a roaring home crowd, the Azkals got what they were looking for and more when Kevin Ingreso and Phil Younghusband completed the turnaround, to make qualification sweeter with a win to top it all off. It was a glorious achievement that made all the previous disappointments worth the struggle.

“It’s been tough for the team. We’ve all made mistakes, both on and off the field – management, ourselves as players,” Etheridge reflected.

“We’ve learned from it, we got stronger.

“The Suzuki Cup was a fantastic time from 2010 to 2013. Probably had a dip from then till now but in all honesty [we are] extremely happy and can’t say enough of the supporters that stuck by us. I’m happy to be where we are now,” he recalled.

It’s surely a wonderful moment for a man who’s come of age ever since he made his first outing for the Philippines almost 10 years ago in Iloilo. It has been a roller coaster ride not only for the Azkals, but also for Etheridge, who’s come a long way since then.

The Philippines goalkeeper was still with Fulham when he first joined the Azkals a decade ago. In his eight-year spell with the West London club, he made a lone appearance in Fulham’s 2-2 draw with Danish club Odense in the UEFA Europa League. After several loan stints with lower league clubs such as Charlton, Bristol Rovers, and Crewe Alexandra, the shotstopper made a permanent move to Oldham in 2014.

It didn’t pan out well for him in the English North West. Not even a full season with Oldham had passed when Etheridge went back to London to join Charlton, initially on loan, then making it permanent before the season ended. He then found himself in a new club the next season, this time at Walsall. Sliding down from the Premier League to League One in a span of a few years isn’t the most glamorous of moves, but it was clear that Etheridge was seeking an opportunity to develop as a professional. In the humble West Midlands town of Walsall, he got himself a chance to show everyone what he’s capable of.

In his maiden season with the Saddlers, Etheridge helped his new team challenge for promotion to the Championship – England’s second tier league. They fell short at the end of the day, losing to the eventually-promoted side Millwall. A year later wasn’t as memorable, as Walsall failed to replicate the success of the 2015-16 season run by finishing in 14th.

Nevertheless, Etheridge’s exploits in between the sticks didn’t go unnoticed. Former boss Neil Warnock, back in the Filipino keeper’s days at Charlton, followed his former player’s career and made him a key signing for Cardiff City prior to the start of the 2017-18 season.

“He’s always come out on top when we’re talking about goalkeepers and we’re delighted that he’s agreed to sign,” the veteran English manager spoke of his summer signing.

It proved to be a wise investment, as the Bluebirds are edging closer towards achieving Premier League status, with Etheridge becoming one of the integral figures of their pursuit for a place in the Premier League. Right now, Cardiff are seven points clear of Aston Villa and Fulham, with the Welsh club having played a game less than their closest promotion rivals.

Asked about their promotion bid, the 28 year-old gloveman refused to get carried away, insisting there is still an awful amount of work left to be done for him and his teammates in the Welsh capital.

“Just extremely blessed to be where I am. I just have to go back to Cardiff with nine games left. I don’t get a break, unfortunately. I’m flying back tomorrow. Games are coming thick and fast so I’m just gonna keep focused and get my body right now till then,” he reminded himself.

It was only a year ago when the Azkals began the last round of the journey to UAE with a 4-1 win over Nepal. At that point, Neil was still four months away from making a move to Cardiff. It has been a fruitful year for Etheridge on two fronts ever since. Within a year, he has helped the Azkals seal qualification for the 2019 Asian Cup. Alongside it comes the prospect of moving up to the Premier League, something the Cardiff City keeper hasn’t entirely envisioned.

“I think I have a lot of doubters, a lot of people that maybe didn’t think that I’ll do it. I’ve always been slightly successful on the international level and I’ve proven that again today. Going back and play in the UK, I’ve had a long and hard journey to get [to] where I am today. I just hope the season ends well,” the 6-foot-2 goalkeeper admitted.

Throughout the past 10 years, Etheridge may have witnessed parallels in the direction of his club career and his international career. Ending a colorful decade, the Londoner is aiming to make 2018 his best year yet. As he returns to the UK and bid to make history, Etheridge carries the hope of a nation willing to see one of their own make it to the big leagues.

“I hope this would be the year that I won’t forget.” 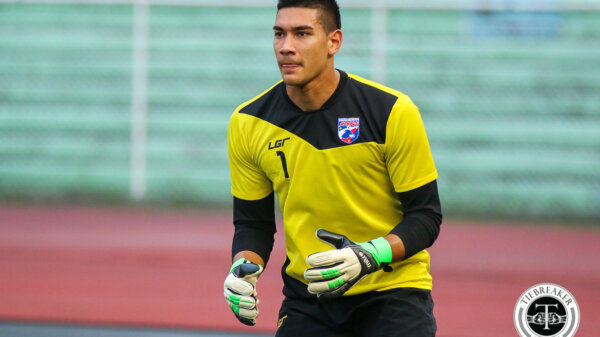