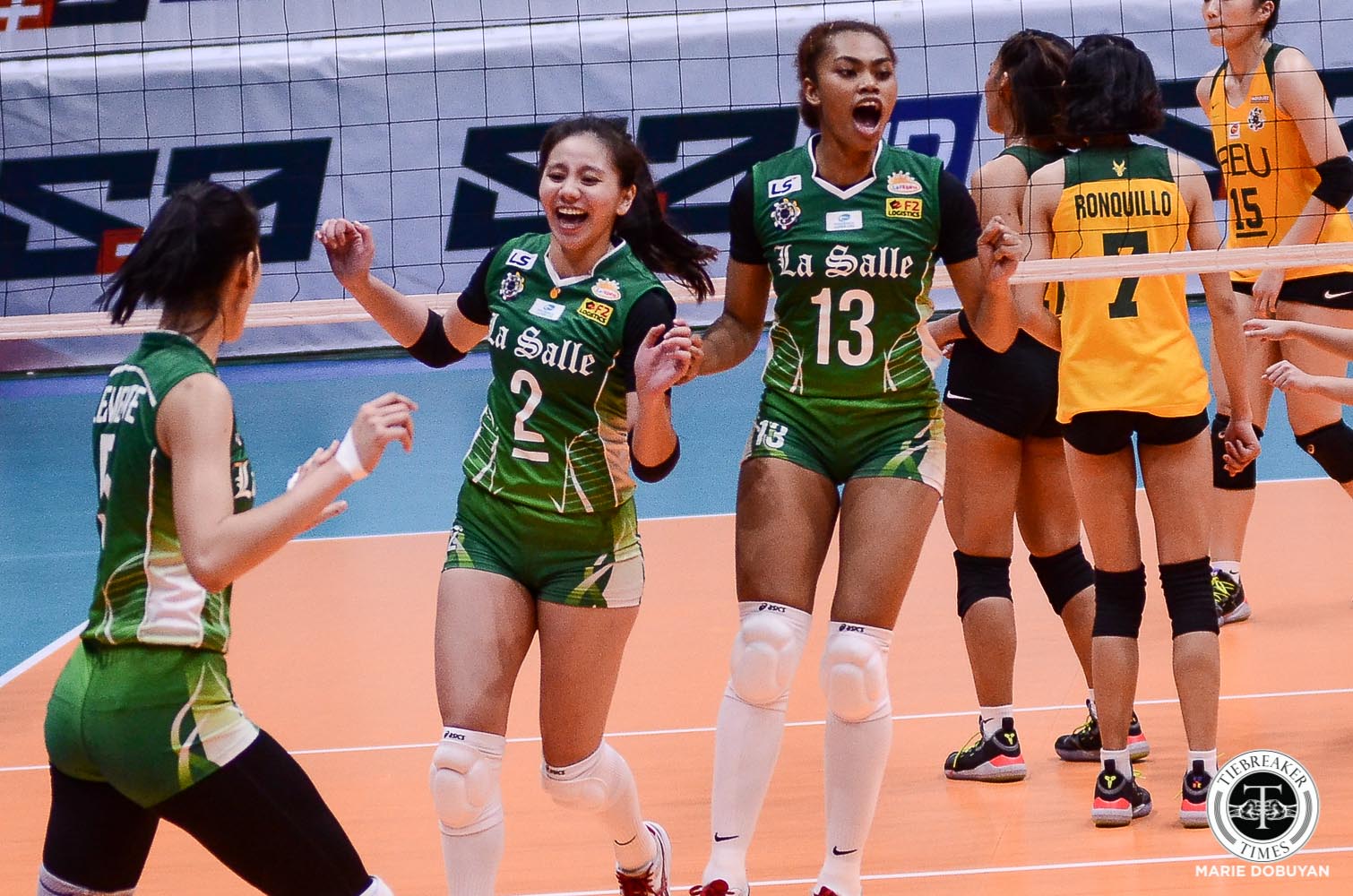 The Lady Spikers dominated the first two sets, grabbing a 16-6 lead in the first set. They then blitzed FEU, 22-15, in the second frame. The third set turned into a close game, as FEU turned an 8-1 deficit into a 17-all draw.

FEU ended up surrendering 28 errors, while La Salle has just 16.

Batchmates Tin Tiamzon and May Luna led La Salle with 13 and 10 points, respectively.

Rookie Lycha Ebon was the lone Lady Tamaraw in double figures with 10 markers.

La Salle closed the first round in the top four with a 5-2 record, while FEU dropped to 4-3.