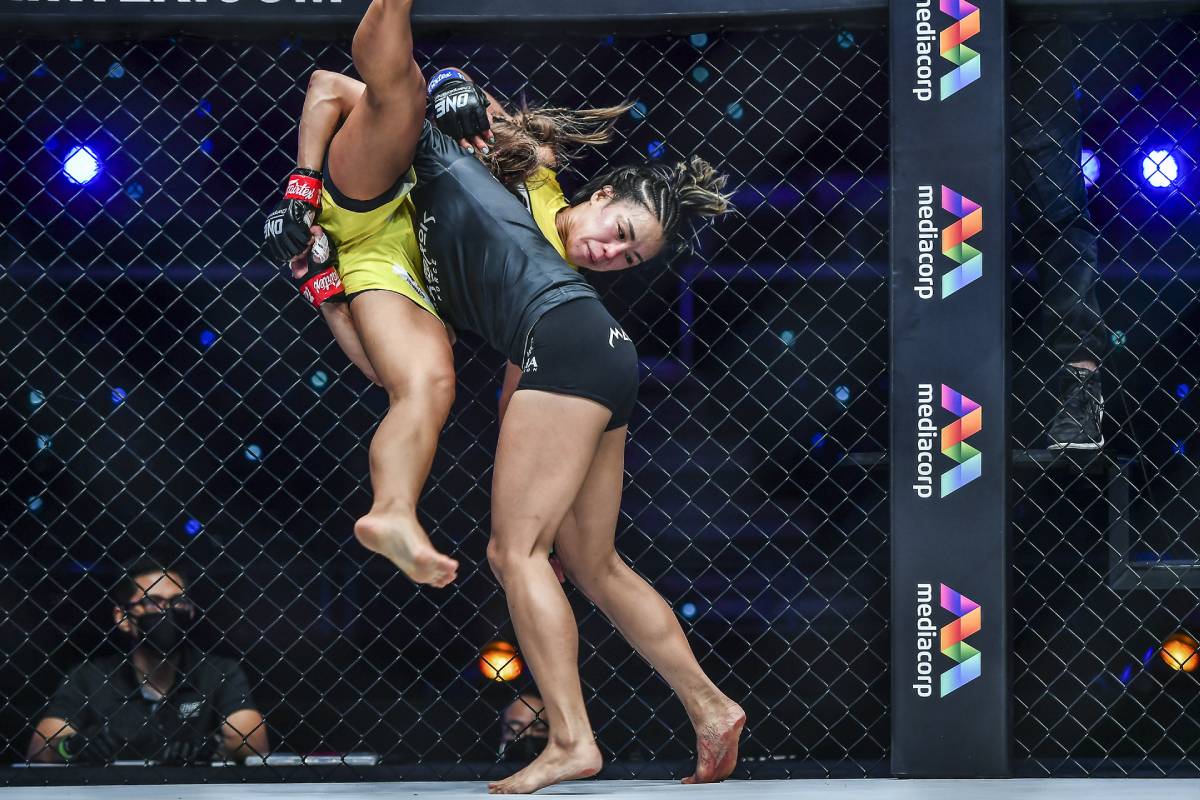 Bloodied Denice Zamboanga was on the wrong end of two judges’ scorecards, suffering a split decision loss at the hands of Korea’s Ham Seohee during ONE: Empower, Friday evening at the Singapore Indoor Stadium.

It was the first career loss of the 24-year-old Filipina in nine bouts. And it was a heartbreaking one as she did her very best to negate the striking of Ham in their 15-minute affair.

Right from the get-go, Zamboanga sent Ham to the corner and avoided her strikes. Though Ham was able to find her balance, Zamboanga was able to take her down to close out the opening round. 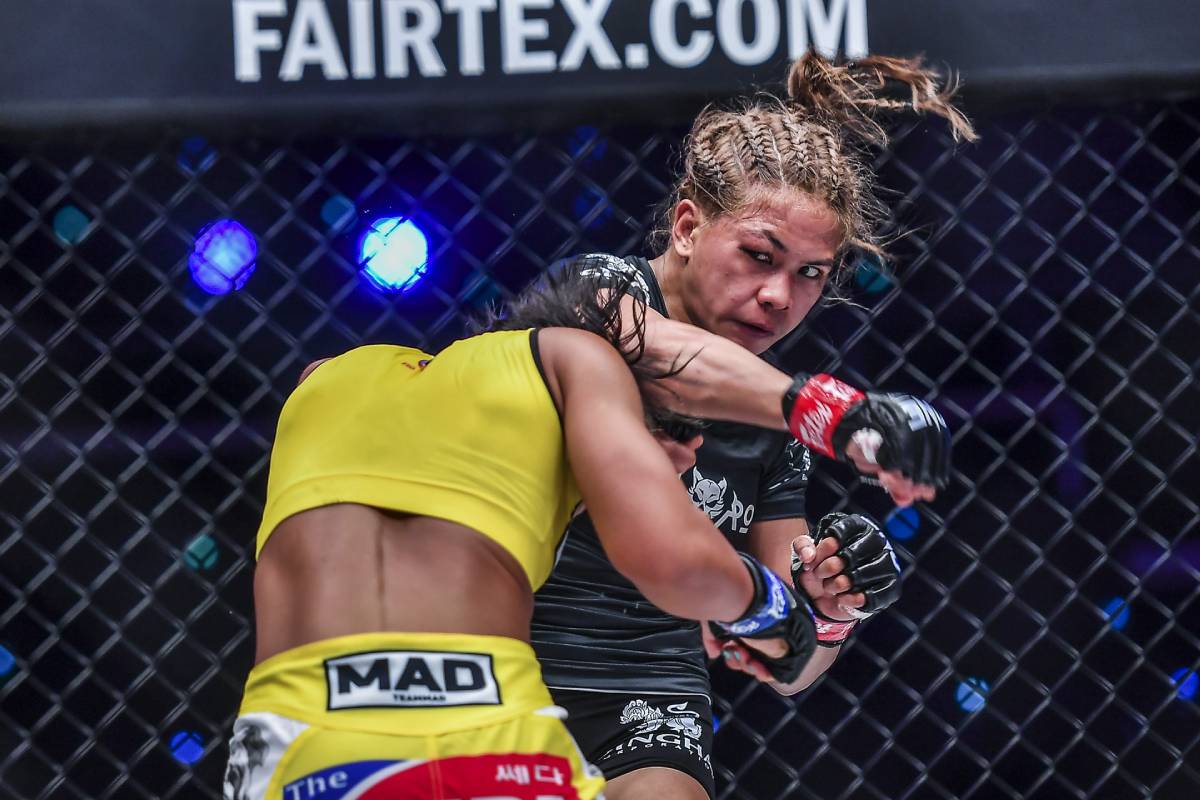 An early exchange in the second round saw Ham land clean but easily succumbed from a shoot that led to another emphatic takedown for the fighter out of Marrok Force. 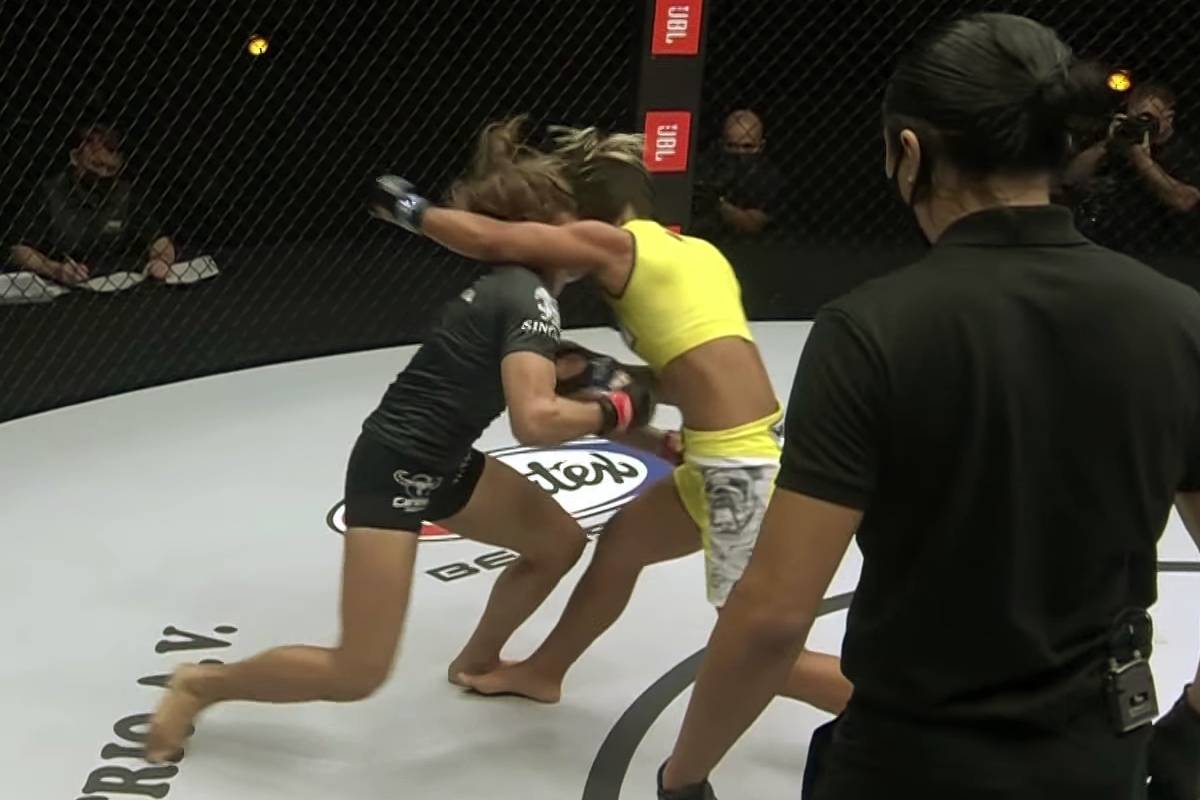 Screenshot from ONE: Empower

Disaster though struck Zamboanga in the last stanza as after she went for a right, she and Ham clashed heads that resulted in a cut over the Filipina’s head.

After the ringside physicians were able to clean Zamboanga up, she immediately scored another takedown of Ham to close out the bout.

Completing the cast was Stamp (6-1), who exacted vengeance on Ukraine’s Alyona Rassohyna (13-5) via a split decision win.

Fans will decide on the semis match-ups via an online fan voting on ONEFC.com.

In case the semifinalists get injured, Brazil’s Julie Mezabarba (9-2), who defeated Japan’s Mei Yamaguchi (21-13) in the alternate GP bout, will take that athlete’s place. 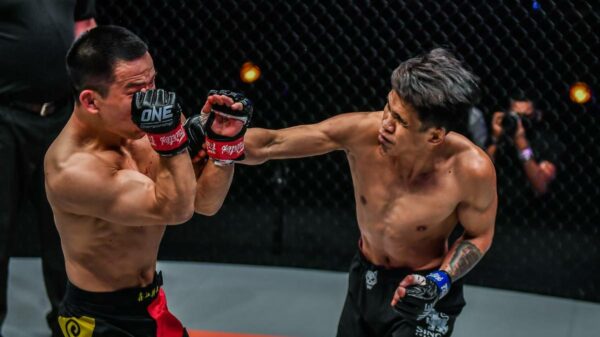 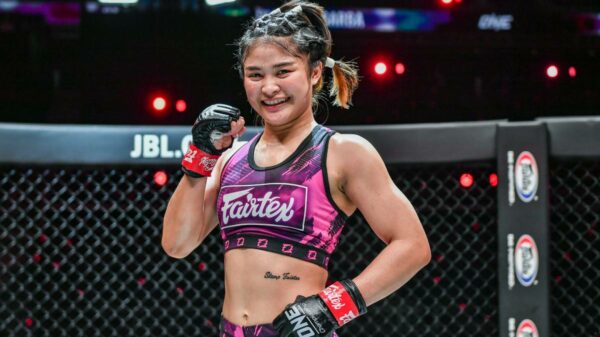