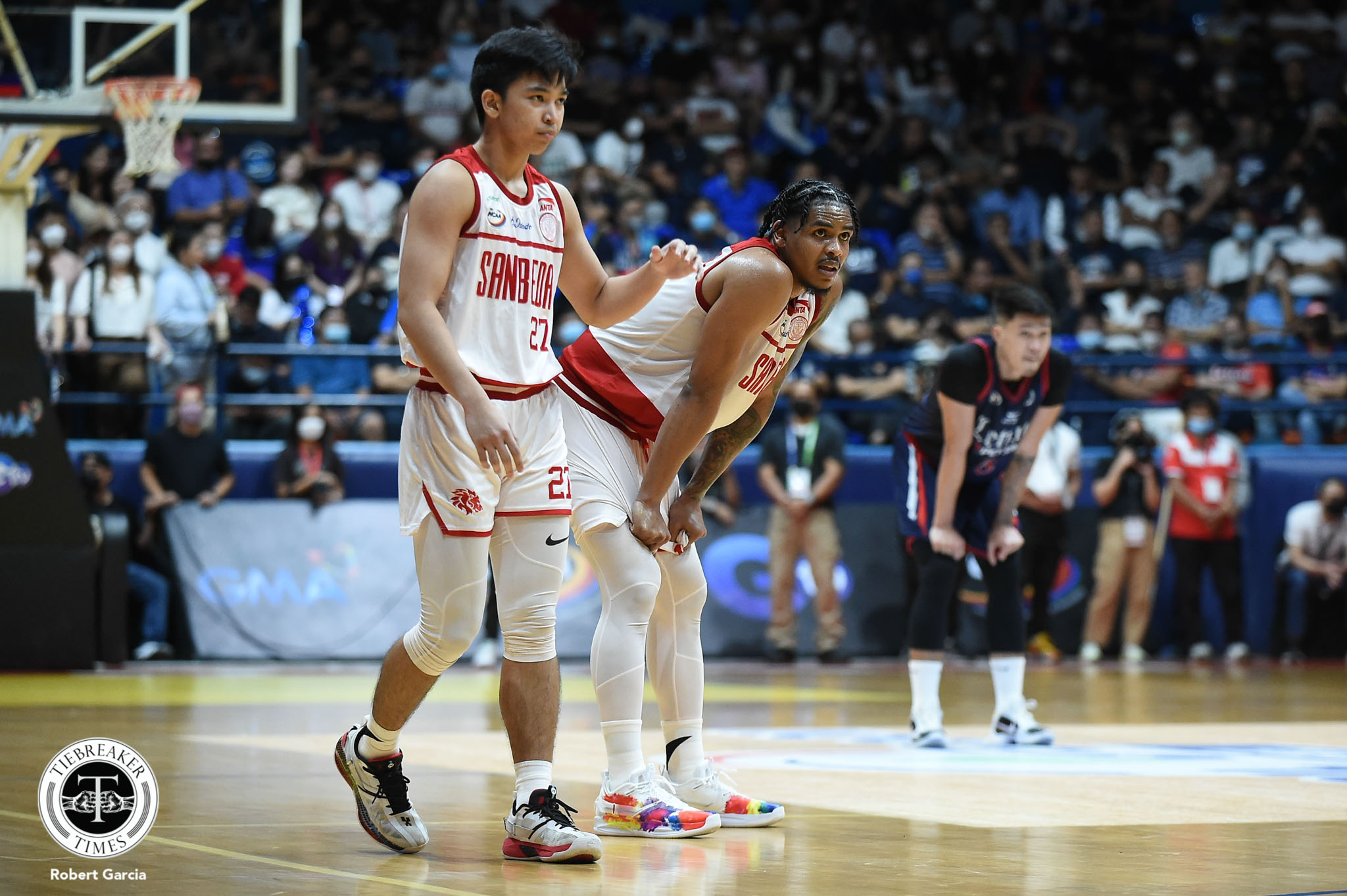 It was a game to remember for the Red Lions as they also swept their archrivals in the eliminations for the first time since NCAA Season 95.

But it was the two of those that made San Beda head coach Yuri Escueta joyful but rather for a different reason. 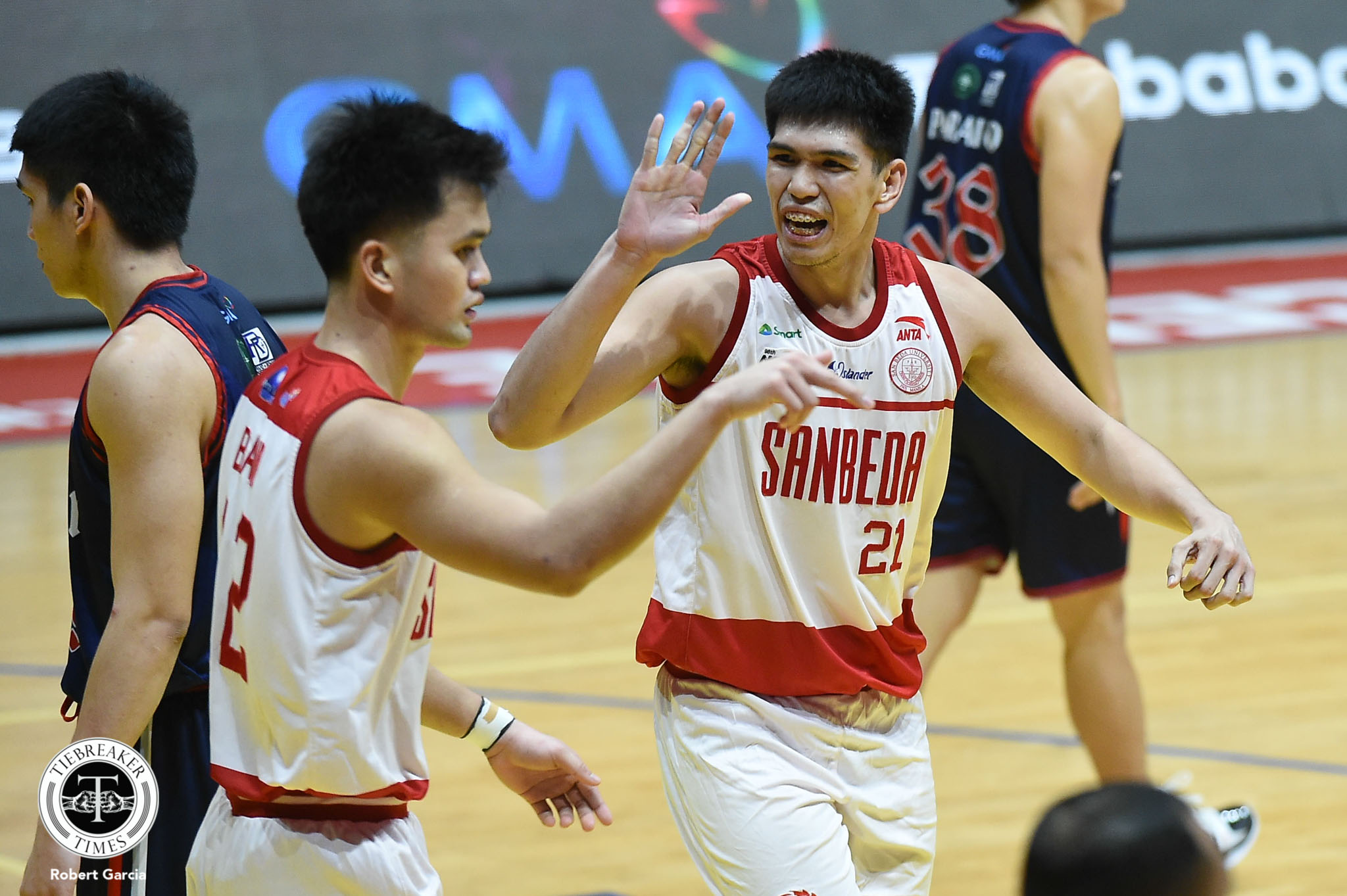 “More than breaking the streak and beating Letran, it’s us getting a better chance of sa playoffs, yung positioning namin. Yun lan naman sinabi ko sa kanila — one game at a time,” said the Red Lions tactician after the 91-77 victory.

Escueta also shared that there are perks when facing the Knights as he and his staff can rest when giving the team a pep talk since the team is already motivated to face their favorite opponent.

It was seen all throughout the contest that San Beda was hungry for the win as they were locked in on both ends of the floor, scoring 20-plus points on all quarters at the same time limiting Letran’s starters to just 28 points.

But despite the fantastic plays on both ends, the rookie Red Lions head coach also admitted that they focused more on the defensive end and had a particular game plan on shutting down both Louie Sangalang and Kurt Reyson. 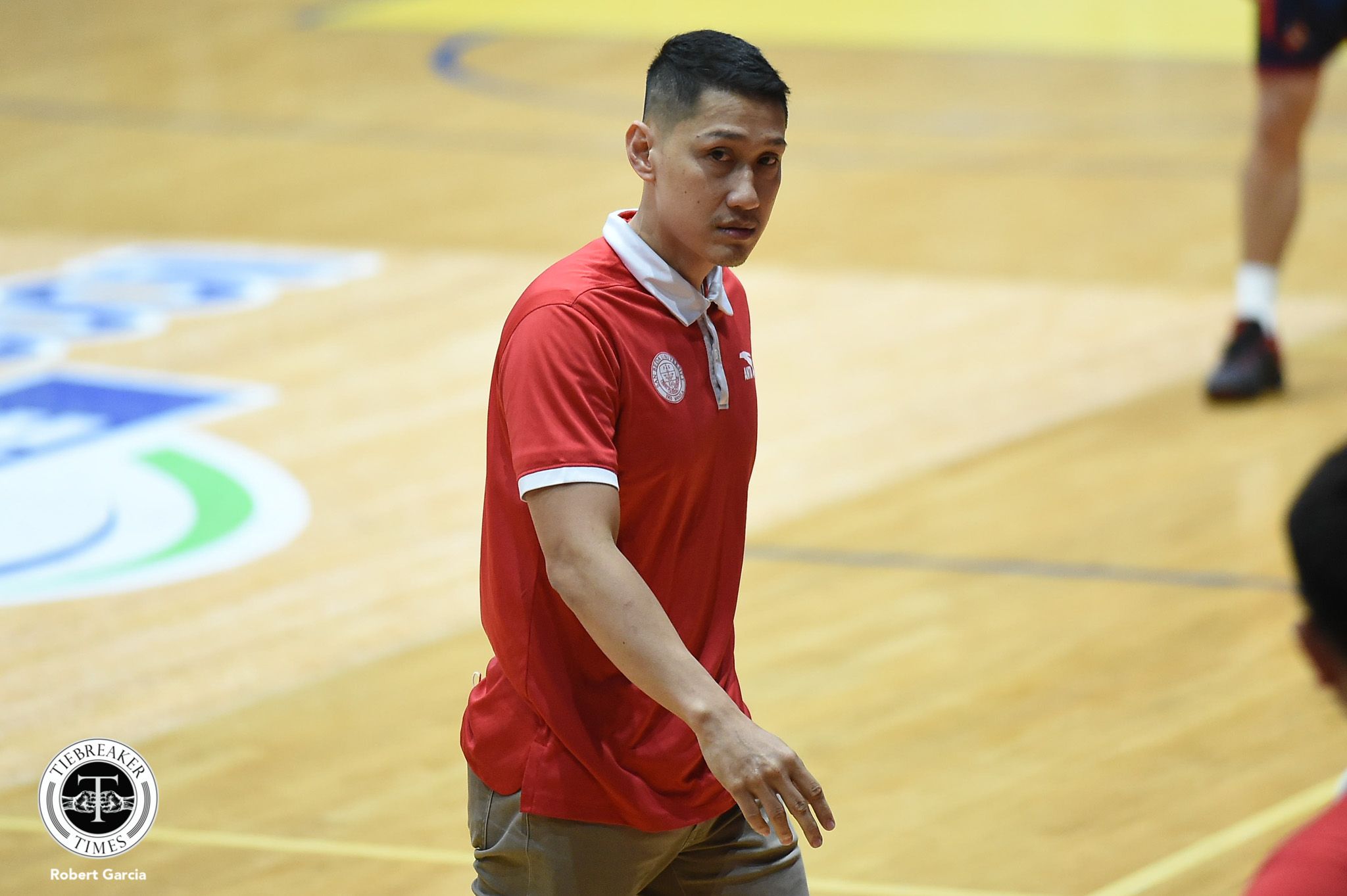 “Kasi knowing this kasi, their six guys are averaging at least 10 and how they like to pound the ball inside kay Louie [Sangalang] and at the same time kay [Kurt] Reyson has been shooting recently in the past game nila kailangan respetuhin kasi papahirapan ka talaga pag pinabayaan ng pinabayaan. Kaya hats off to the players talaga,” the first-year Red Lions head coach continued.

#ReadMore  NCAA MVP or not, Justin Arana proves he has reached potential in Arellano

It was evident that the Red Lions stopped both as Sangalang wasn’t able to score double digits, only scoring eight markers, while Reyson shot an inefficient 3-of-12 from the field.

And instead of celebrating after slaying the league’s top dog, Escueta does not want to be confident as they still have to face two opponents before the eliminations ends.

And these two opponents are the ones who beat them in the first round.