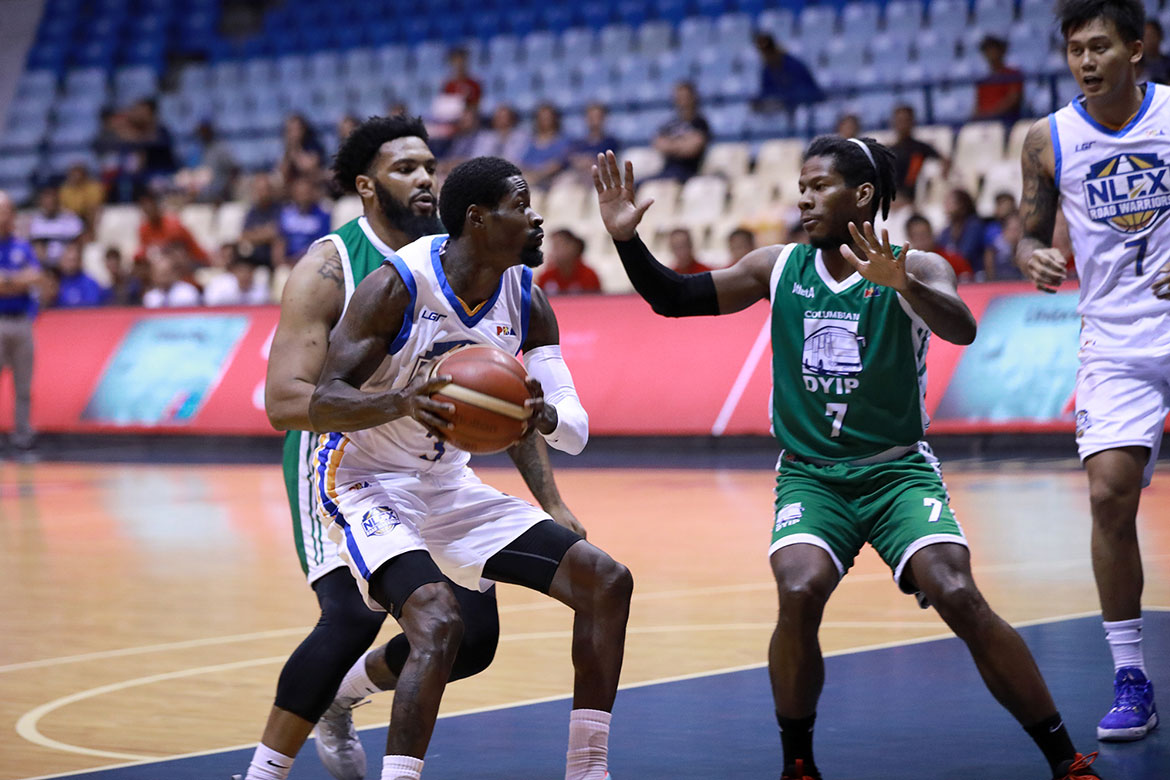 NLEX head coach Yeng Guiao admitted that he had uncertainties regarding the fitness of his new import Manny Harris ahead of Wednesday’s PBA Governors’ Cup match versus Columbian, since it had been months since he last played competitive ball.

The 6-foot-3 Harris last played for Bahçeşehir Koleji S.K. in the Basketbol Süper Ligi in Turkey.

“This is his first tournament in six months. He had a hard time adjusting to the time zone. He’s still jet-lagged. He’s not able to sleep regular hours. Gumising siya ng madaling araw. That was my biggest worry,” said Guiao.

But as the ball got rolling, the worries of the veteran mentor were seemingly washed away.

Harris — who’s had stints with Cleveland, Los Angeles, and Dallas in the NBA — lit up the scoreboard with 45 points, along with five rebounds, four assists, three steals, and three blocks. His performance led the Road Warriors past the Dyip, 117-111.

“Manny actually did better than we expected because in practice, he couldn’t do a full practice with us the last three times,” Guiao said.

“He’s a gamer, he’s a competitor. He did what he needed to do for us to win this game.”

The outspoken tactician added that the gamble of bringing in Harris to replace Olu Ashaolu — the one who helped them four of their first five games this season-ending conference — paid off nicely with the game’s result.

“We took a big gamble, actually. Olu was doing really well for us. He brought us to where we are now at 4-1. We took a big risk, but it seems to me after one game that it’s worth the risk, that the gamble we took was worth it,” he said.

But even if he had already shown how good he is in his debut, Guiao believes there’s more to it.

“He still has a lot of upside,” said the decorated bench strategist, who played Harris for 35 minutes.

“For sure, there’s always room for improvement. I don’t think I’ve played my best,” Harris said, on the other hand.

“I can do a lot more. Rebounds and assists… It might not be every night that you need to score as much points, but you might have to get more rebounds and assists. I’m just ready for whatever challenge,” he furthered.

The name Harris definitelyrings a bell for Guiao, since he once handled super import Tony Harris — who once scored 105 in a PBA game — during his time with Swift. That relationship resulted in a championship in 1992.

For Guiao, those memories he had with the man nicknamed the “Hurricane” are special. So now with another Harris under his wing, he hopes he could have good memories with the athletic 30-year-old guard from Detroit, Michigan as well.

Bo Perasol lauds UP for fight showed vs UST