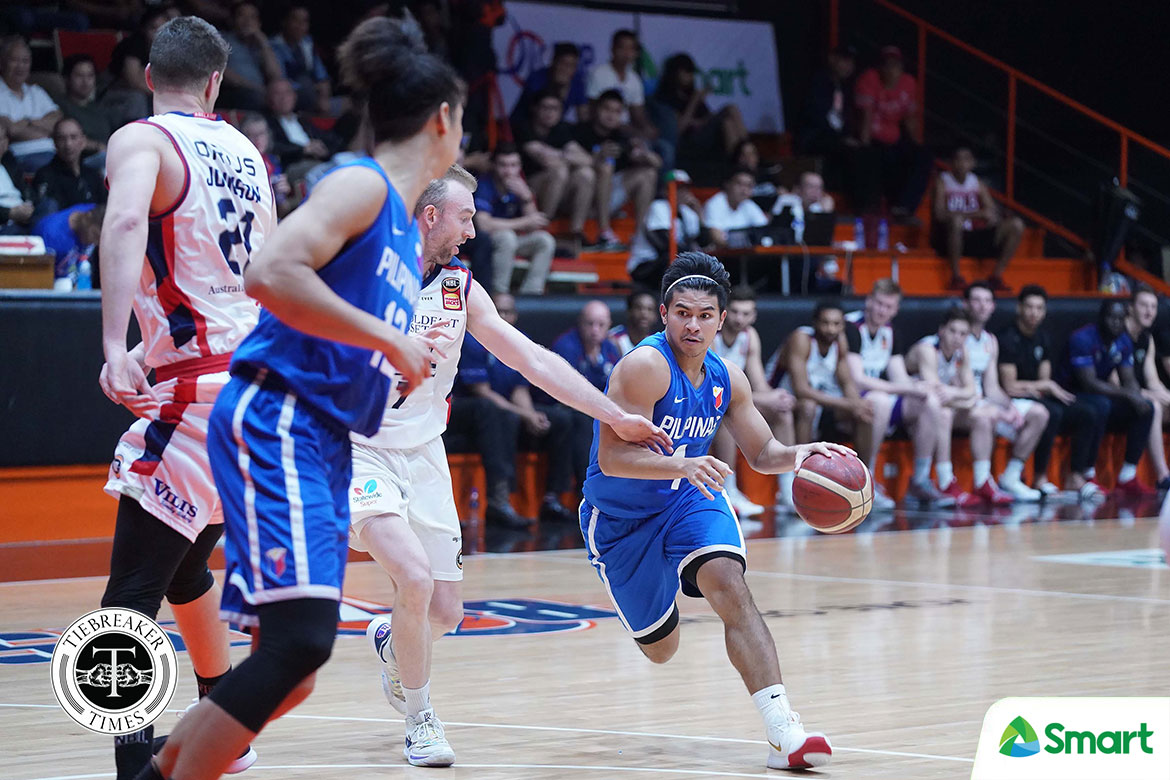 Kiefer Ravena managed to impress Gilas Pilipinas head coach Yeng Guiao with his performance in the national team’s tuneup versus the Adelaide 36ers, Sunday evening at the Meralco Gym.

It was the 25-year-old’s first-ever competitive basketball game following his 18-month suspension. FIBA sanctioned Ravena after he tested positive for banned substances due to a pre-workout drink.

Ravena came off the bench and checked in at the 3:15-mark of the opening frame. He started the following quarter and made seven straight points, as he tried to spark a rally from a 16-point deficit.

The 6-foot guard would play a total of 17 minutes and 12 seconds. He finished with 11 points, two rebounds, and a steal.

Unfortunately, his return did not go the way he envisioned, as the Filipino dribblers bowed, 75-85.

“It’s his first game but it was already impressive.”

Guiao said that he had thought to sub Ravena back in during the endgame, but he was already happy with the performances of the Andray Blatche-led crew.

“Actually I was thinking of putting him back in the endgame. But sabi ko, se-save ko na lang muna yun kasi I was already happy with what I saw,” shared the veteran bench strategist.

But beyond his on-court performance, Guiao praised the second-generation cager for earning the respect of his Gilas teammates even at such a young age.

And that might be a big factor should Ravena crack the 12-man lineup for the 2019 FIBA World Cup.

“The good thing about Kiefer is he’s not just contributing on the floor. He also contributes off the floor because even as young as he is, he is well-respected and considered as a leader of this team already.”