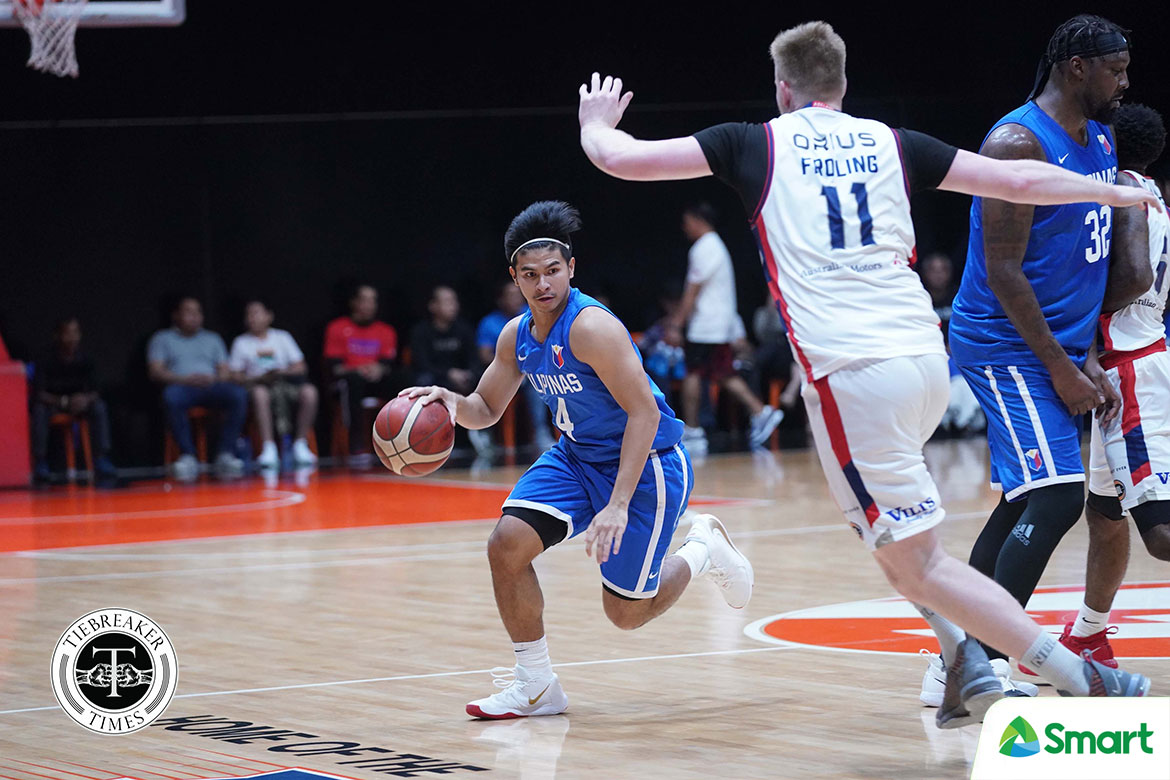 Kiefer Ravena’s return did not go as planned, as Gilas Pilipinas’ comeback fell short. The Filipinos bowed to the Adelaide 36ers, 85-75, in their second and last tuneup Sunday at the Meralco Gym in Pasig.

The Filipino dribblers saw themselves down by 21 points in the third quarter. Andray Blatche then spearheaded the fightback to lift his side within just seven, 73-80, with 1:30 left to play.

But a few missed opportunities doomed Gilas, and the duo of Daniel Johnson and Daniel Dillon conspired to manufacture five straight points for the 36ers to shut the door on the Nationals.

Still, coach Yeng Guiao stuck to the positives of the loss, especially the efforts he saw from his wards.

“Very happy with the effort of the guys. I can see that anyone you put in, put in the effort,” he said. “Even if we lost this game, we felt that there are a lot of positives that we can take.”

Ravena was the only other double-digit scorer for the national team. He had 11 points, including seven straight to open the second quarter when he tried to spark a rally from a 29-13 deficit.

It was Ravena’s first game after an 18-month ban from FIBA due to a doping violation. Last year, he had inadvertently taken a pre-workout drink that contained banned substances.

Sunday’s tuneup was the exact opposite last Friday’s match, where they defeated the 36ers, 92-83. In that game, Gilas shot 55.0-percent from the field, including 10-of-24 from deep.

But Sunday, the flagbearers only shot 40-percent, making just six of their 23 three-point attempts.

“I felt we could have played a closer game, or maybe give ourselves a chance to win the game if our three-point shots were just going in,” said Guiao, as the 36ers shot 50-percent from the floor.

Johnson finished with 16 points, seven rebounds, and four assists to lead Adelaide, who were coming off a stinging 87-91 defeat to the UAAP-bound Ateneo Blue Eagles last Saturday.

This had been Gilas’ final tuneup game before the 2019 FIBA World Cup in China set this Friday, August 31.

“We’re very thankful to the Adelaide 36ers for the opportunity to give us tuneup games where we can try and make some adjustments and improve our preparations,” Guiao expressed.

BanKo gets back on track, deals Chef’s Classics’ fourth loss