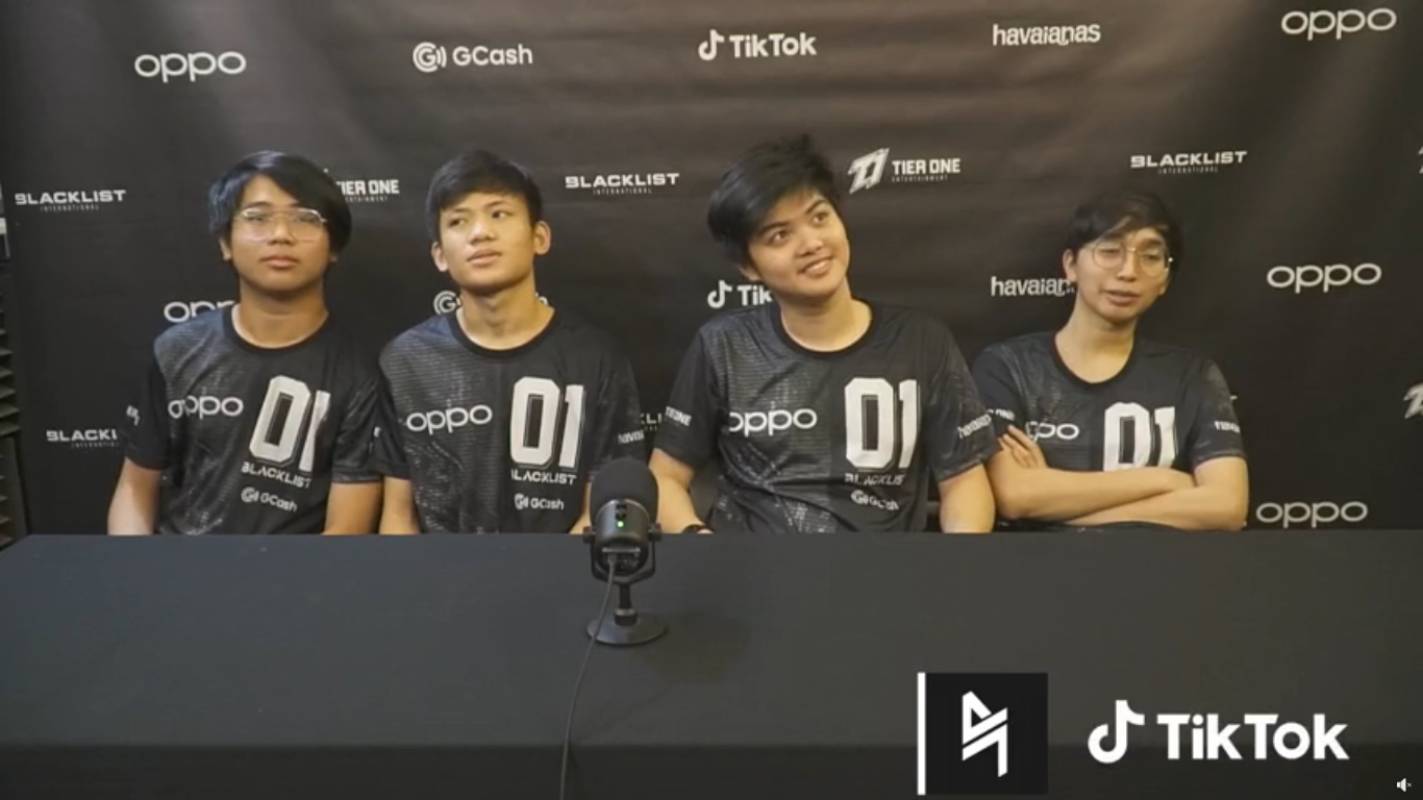 The Tier One-backed squad punched its ticket to the playoffs on Sunday night after a quick 2-0 sweep of RSG PH.

And Wise could not help but heave a sigh of relief after the game.

Blacklist International showed nothing but pure dominance in the first five weeks of the tournament. It dropped just four games in 24 matches throughout the season while also beating all seven teams in the process.

Now with a league-best 26 points through an immaculate 10-0 record, Blacklist International is inches away from securing the top seed in the playoffs.

Blacklist International will face Nexplay EVOS on Saturday at 2:00 PM.