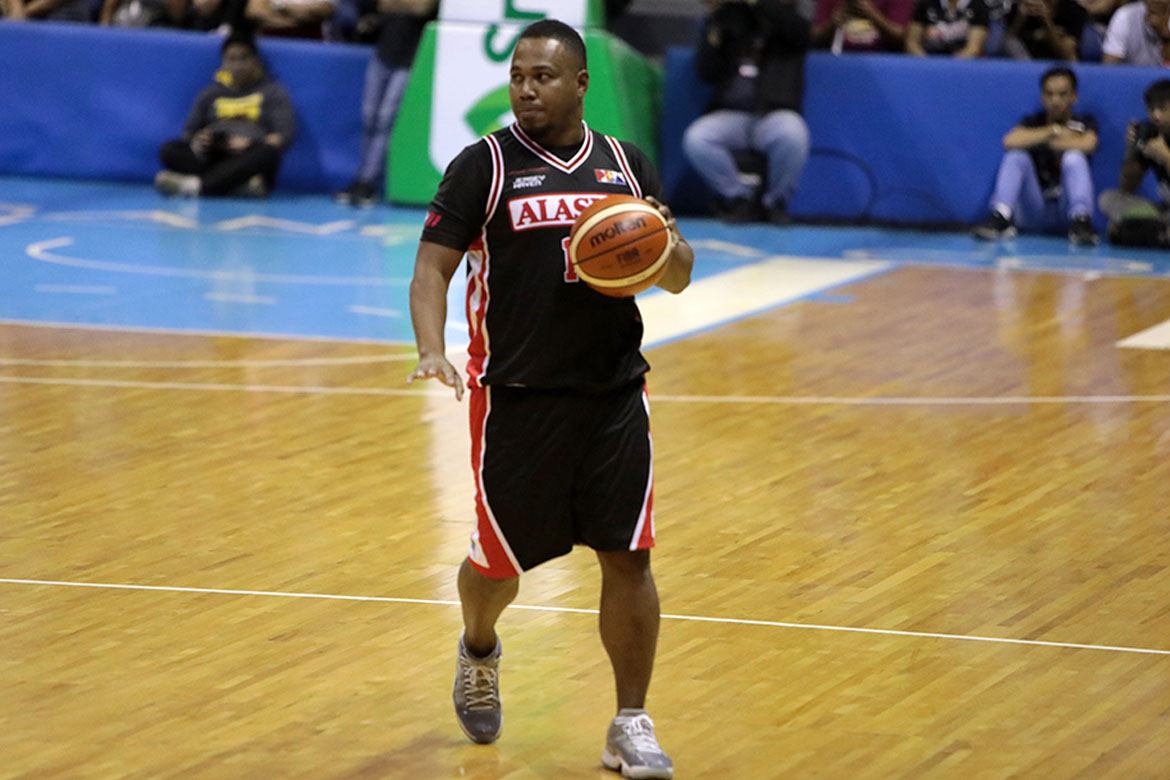 The PBA Legends game dubbed as the ‘Return of the Rivals’ has been ‘Triggerman’ show but there’s one player who managed to share the limelight with the great Allan Caidic before a jam-packed crowd, Sunday night at the Smart Araneta Coliseum.

Coincidentally, it was his fellow lefty gunner – Willie Miller.

Considered as the greatest shooter of all time, Caidic sizzled for a game-high 26 points built on 6-of-14-shooting to tow San Miguel Beer into a 96-83 win over longtime rivals Alaska Milkmen.

Miller, for his part, did not just roll over and die even in front of his idol, making a good account of himself with a team-high of 20 points on top of eight rebounds and two assists for Alaska.

However, the two-time MVP said his outburst also proved to be the culprit in their loss following this booming triple in the six-minute to tie the ball game at 78-all.

For Miller, that trey poked the bear in Caidic who went to score eight of San Miguel’s next 13 points highlighted by back-to-back treys to put the game away out of reach, 91-79 in the last two minutes.

Amid the loss though, Miller admitted being honored to share the same court with the PBA legends whom he just used to watch from TV prior to his PBA entry in 2001 as the first overall pick of the Red Bull Thunder.

As happy as Miller was to throw it back down the memory lane with his Alaska teammates, the 41-year old cager could have been happier with the win if not for their bad conditioning and old legs.

Miller also admitted missing one person in this classic duel and it is no less than the longtime Alaska mentor Tim Cone who won the squad 13 out of this 14 championships.

Related Topics:Alaska AcesPBA Season 44Return of the Rivals 2019Willie Miller
Up Next