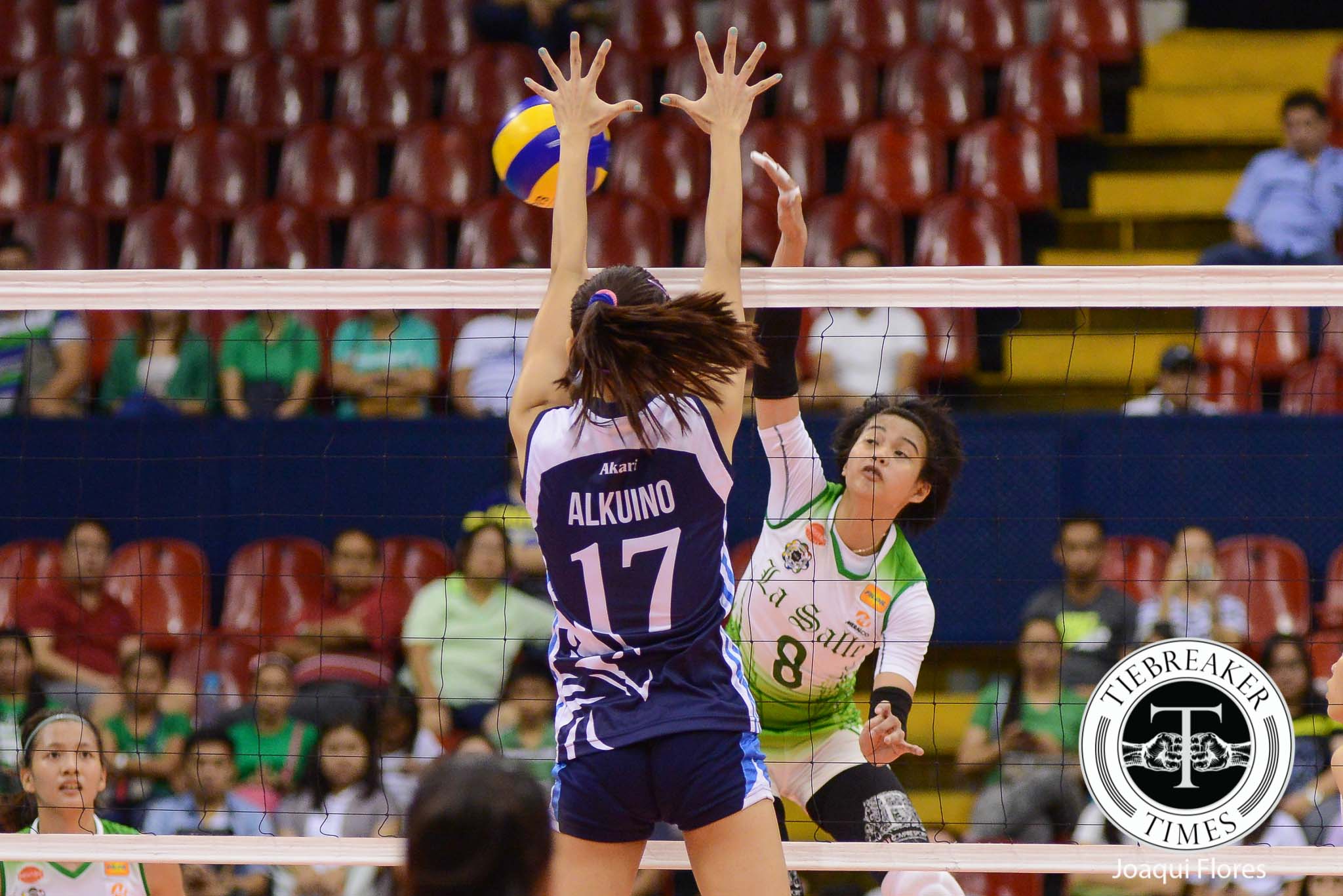 Exactly like their first to round meeting, the Lady Spikers took advantage of Adamson’s porous service reception. La Salle had no problem erecting humongous leads as Adamson could not mount any kind of offense. La Salle had five service aces in the first frame and three in the second.

The Lady Falcons only put up a fight in the third set, managing to stay within three points, 15-18, through solid defense. Eventually, the Adamson train completely fell off the tracks as La Salle ended the match with a flourish from the service line.

Opposite hitter Kim Dy led the Lady Spikers in scoring for the third consecutive match with 11 points. Ara Galang and Kim Fajardo each pitched on 10 points.

La Salle notched 12 service aces to Adamson’s two and recorded five blocks while AdU had none.

La Salle is now tied with the Ateneo Lady Eagles for first in the standings with a 9-2 record. Both are assured of a Final Four spot. Adamson misses the Final Four for the second consecutive season with 3-8 record.

Both teams will next see action on April 2 at the SM MoA Arena. La Sall will face the winless University of the East Lady Warriors at 2 p.m. while the Lady Falcons will try to topple Ateneo at 4 p.m.