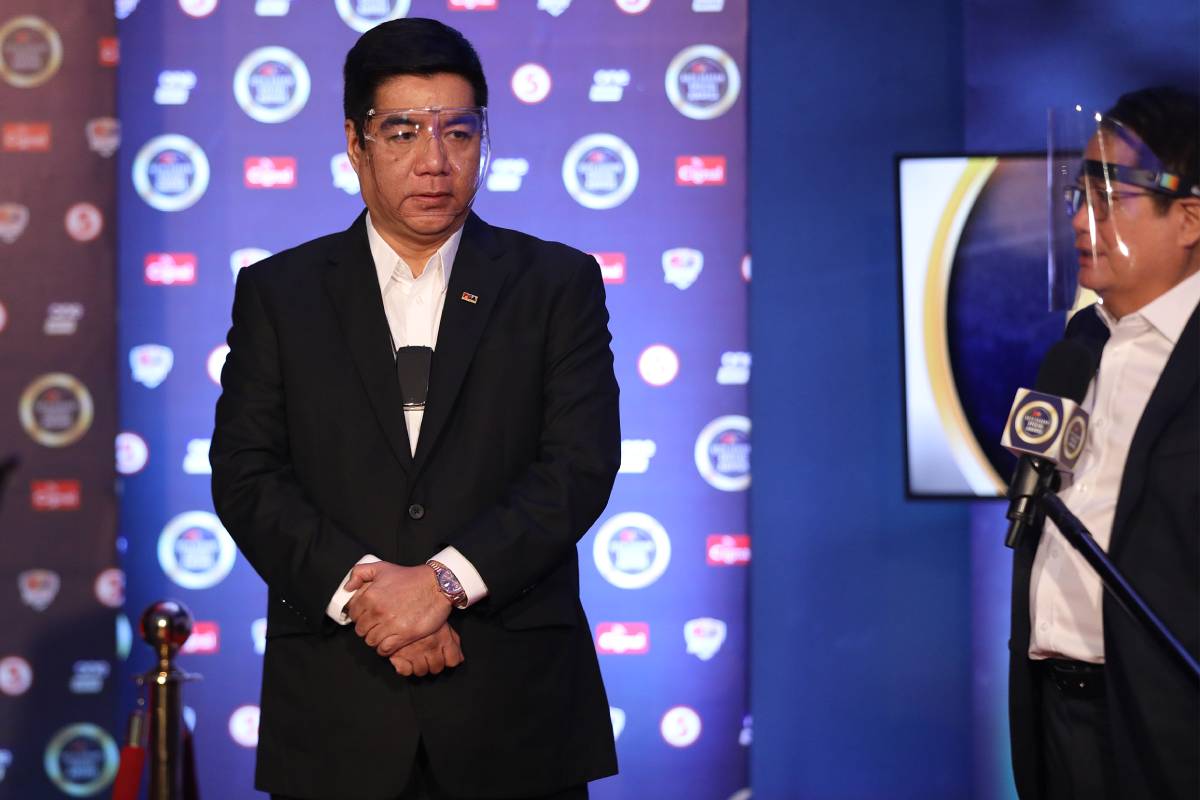 For successfully leading the PBA to restart its 45th season in a most unconventional way, Commissioner Willier Marcial is going to be honored in the San Miguel Corporation-Philippine Sportswriters Association (SMC-PSA) Awards Night on Saturday.

The 10th commissioner of Asia’s pioneering pro league has been named Executive of the Year by the country’s sportswriting fraternity in its first-ever virtual event to be held March 27 at the TV5 Media Center.

The special honor is one of 32 awards to be handed out in the affair presented by San Miguel Corporation and backed by the Philippine Sports Commission (PSC) and Cignal TV.

The pair of Gretchen Ho and Carlo Pamintuan will host the program which has 1 Pacman Partylist, Chooks-to-Go, and Rain or Shine as major backers. The virtual Awards Night is going to be aired on March 28 over One Sports+ from 7 p.m. to 8:30 p.m.

Marcial defied the odds and bravely led the 500-plus strong PBA contingent in Clark, Pampanga in the last quarter of 2020, where the league held the resumption of the Philippine Cup and played under a strict bubble format.

Despite the staggering P65 million cost of staging the first and only bubble play in Asia and the uncertainty the league faced in the entire two-month journey, Marcial was able to right the ship that led to the completion of a season on the brink.

The Executive of the Year is just the latest honor to be bestowed on the affable PBA chief, who was also recognized by the PBA Press Corps and other sports bodies and publications with the same award for his brand of leadership in handling the critical situation amid the COVID-19 pandemic.

Since its successful resumption of the all-Filipino conference won by Barangay Ginebra, the PBA has become the model for all other leagues eyeing to resume their games under a similar bubble setup.

Marcial became the second PBA commissioner to be named Executive of the Year by the country’s oldest media organization headed by President Tito S. Talao, sports editor of the Manila Bulletin, after Chito Salud in 2012.