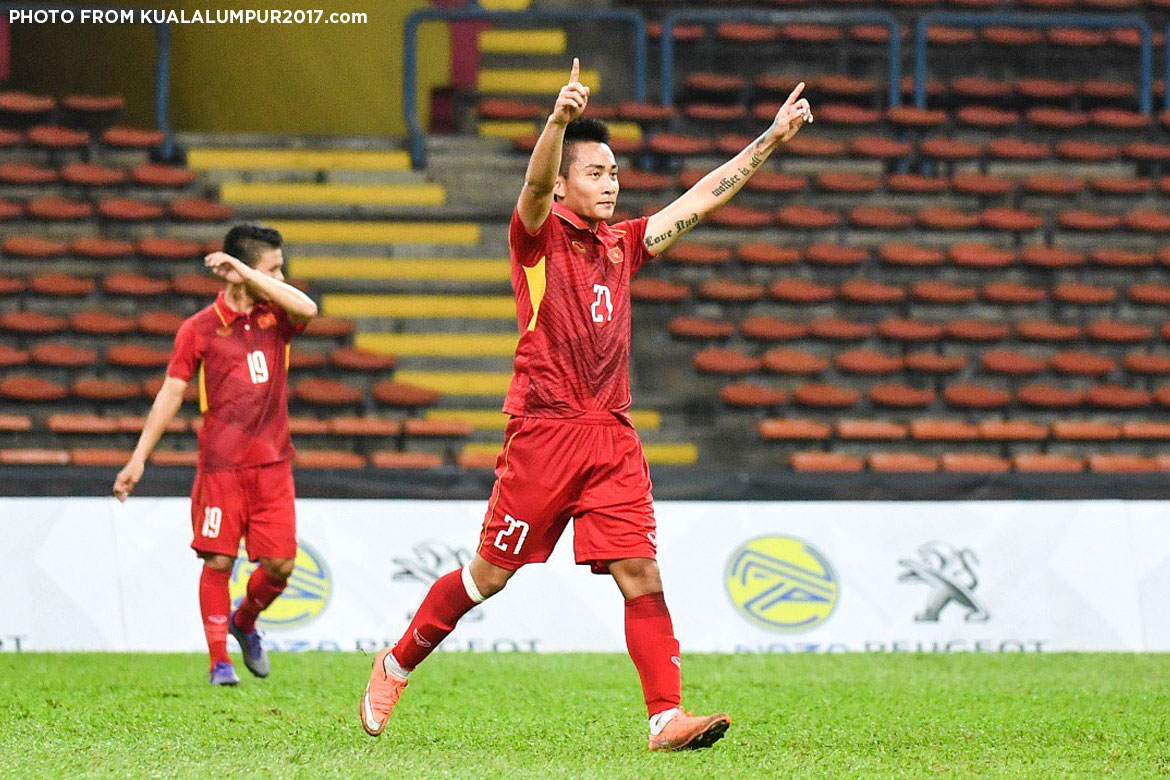 The Philippine Men’s Under-22 National Team endured another painful night as they succumbed 0-4 to a strong Vietnam at the Shah Alam Stadium, Shah Alam.
It is the Filipinos’ second straight loss in the 2017 South East Asian Games that leaves their medal hopes in tatters.

Vietnam was the extreme favorite for this clash as it featured played who competed in the recently concluded FIFA Under-20 World Cup. The Philippines were left to feed on scraps as the game was mostly played at its half.

After some stubborn resistance, the Filipinos folded to the Vietnamese in stunning fashion. Forward Nguyễn Công Phượng slalomed his way through the Filipino backline and shot past goalie Ray Joyel after 37 minutes.

Not content with a one-goal edge at the break, Vietnam pushed for another one with the Philippine defense all for the taking. Vietnam toyed around the Philippines with some good passing play. Vũ Văn Thanh capitalized on one such instance as one pass broke the Philippines’ defensive line that allowed the former to double Vietnam’s lead by halftime.

Vietnam’s bombardment of the Philippines immediately resumed upon the start of the second half. Such was Vietnam’s supremacy that five of their players immediately broke into dangerous positions at the Philippines’ half. Nguyễn Văn Toàn needed one run and pass in the penalty box to put the ball past Joey just five minutes after the restart.

Hồ Tuấn Tài scored Vietnam’s fourth goal late in the game, but the contest was well and truly over before then. The Philippines were simple overwhelmed 0-4 by a vastly superior Vietnam side as dreams of qualifying for the semi-finals now lie in tatters.

Fourth place and three points after three games is what the Philippines has now. It does not get easier for the Filipinos as Thailand is next on August 22, 4:00 PM at the Selayang Municipal Council Stadium in Selayang.