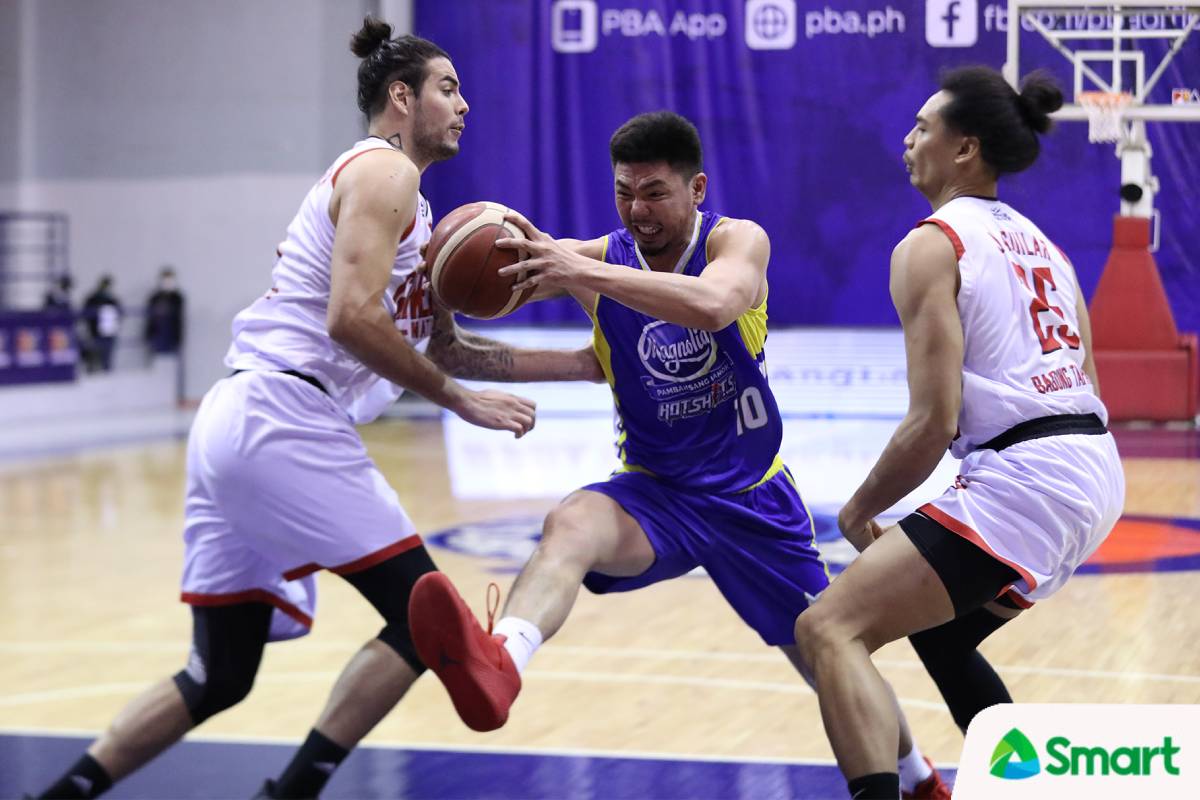 Magnolia is off to the races, and it has Ian Sangalang to thank for anchoring its sizzling start in the PBA Philippine Cup.

Out with a vengeance after an early exit in the bubble last year, the Hotshots won their first three games. They now have a piece of the early lead along with Rain or Shine Elasto Painters.

The 6-foot-7 big man out of San Sebastian averaged 21.5 points on 50-percent shooting, 4.0 rebounds, and 1.0 steals during that stretch. That earned him the CignalPlay-PBA Press Corps Player of the Week award.

The former NCAA MVP began his impressive week with a 26-point output against the Aces, capped by the game-winning lay-up at the buzzer as Magnolia escaped with a thrilling 84-82 win over Alaska last Wednesday.

Four days after against arch-nemesis Barangay Ginebra in the second straight Manila Classico without the fans, Sangalang didn’t shy away either. He methodically operated inside against the Twin Towers of Japeth Aguilar and Christian Standhardinger to finish with 17 points. He also had three boards, a steal, and a block in Magnolia’s convincing 89-79 win over the defending champions.

Sangalang’s exploits didn’t come as a surprise for Magnolia coach Chito Victolero. In fact, his coach tagged him as one of the league’s finest anchors in the middle today.

“Although siguro, ‘di lang nakikita ng iba, but on our team, we consider him as kung baga franchise (player) na doon sa middle. We want Ian to be our anchor on defense and offense.”

Sangalang, a four-time champion and Mythical Second Team member, edged CJ Perez of San Miguel and teammate Paul Lee for the weekly honor given by the group regularly covering the PBA beat.

Alex Cabagnot, Arwind Santos, and Mo Tautuaa were the other Player of the Week candidates. The three helped San Miguel, the five-time All-Filipino title holder, regain footing with two straights wins the past week.