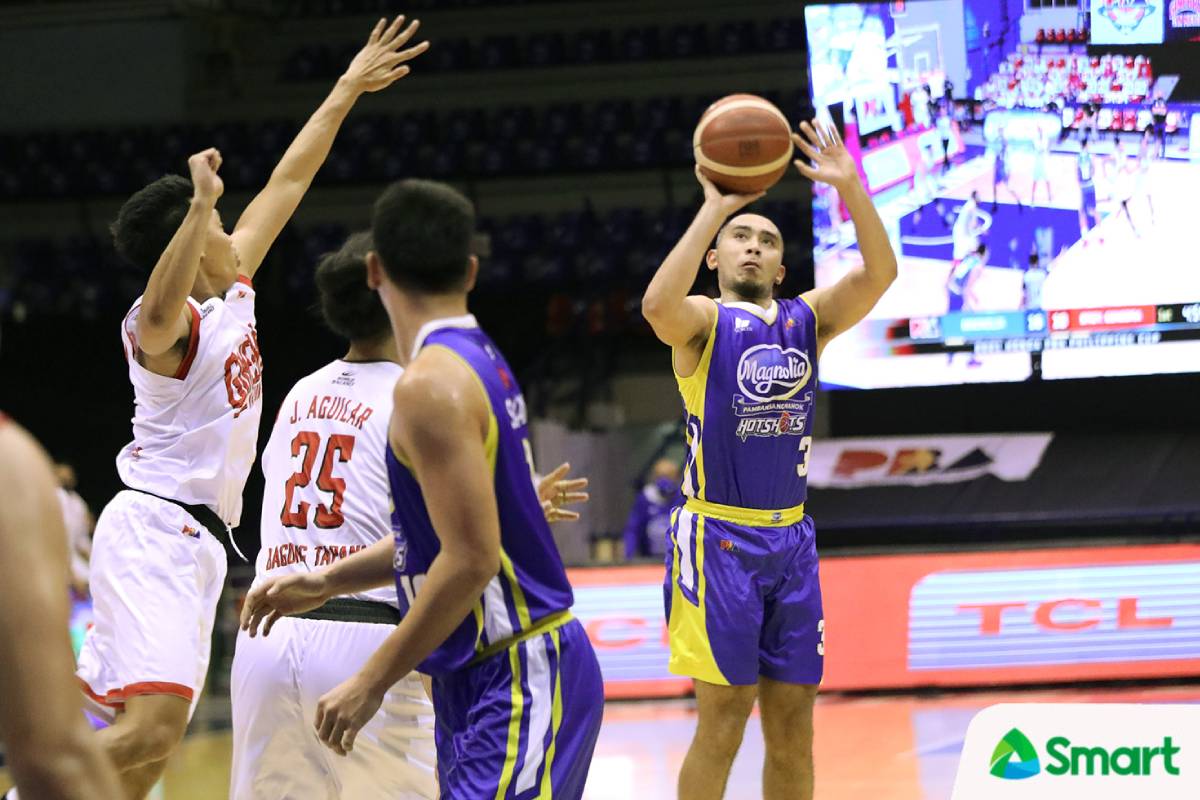 Paul Lee took over down the stretch as Magnolia beat Barangay Ginebra, 89-79, to own another chapter of the famed Manila Clasico rivalry in the 2021 PBA Philippine Cup, Sunday evening at the Ynares Sports Arena in Pasig.

The gunslinging guard scored six in the Hotshots’ 10-2 finishing kick to knock down the defending champions, who crawled back from a 10-point deficit and knocked within just a field goal, 79-77, with 3:32 remaining in the game.

Lee finished with a team-best 22 points, three rebounds, three assists, a steal, and a block as the title favorites extended their unbeaten run to three, gaining a share of leadership with Rain or Shine (3-0) in the standings.

Ian Sangalang had 17 points, while Mark Barroca supplied 15 markers. The two had a hand in the Hotshots’ closing run, with the latter sinking his freebies with 27.1 seconds left to play to settle the final score.

Calvin Abueva chimed in 15 points as well and nine rebounds in an error-less outing in his first taste of the Clasico.

This is now the second straight time that Magnolia won a Clasico. Their previous was in the Clark bubble last year, 102-92.

Stanley Pringle led Ginebra with 22 points, 16 of which he manufactured in the final chapter as he orchestrated the Barangay’s fightback.

It was the reigning Philippine Cup BPC who pulled the Gin Kings to within two and tried to cut the deficit once more approaching the final two minutes, but Magnolia went on to score six consecutive points to end the game.

Scottie Thompson had 13 points, 12 rebounds, and nine assists. Christian Standhardinger and LA Tenorio also scored 13 points apiece in the defeat, which is the Gin Kings’ second in three games.