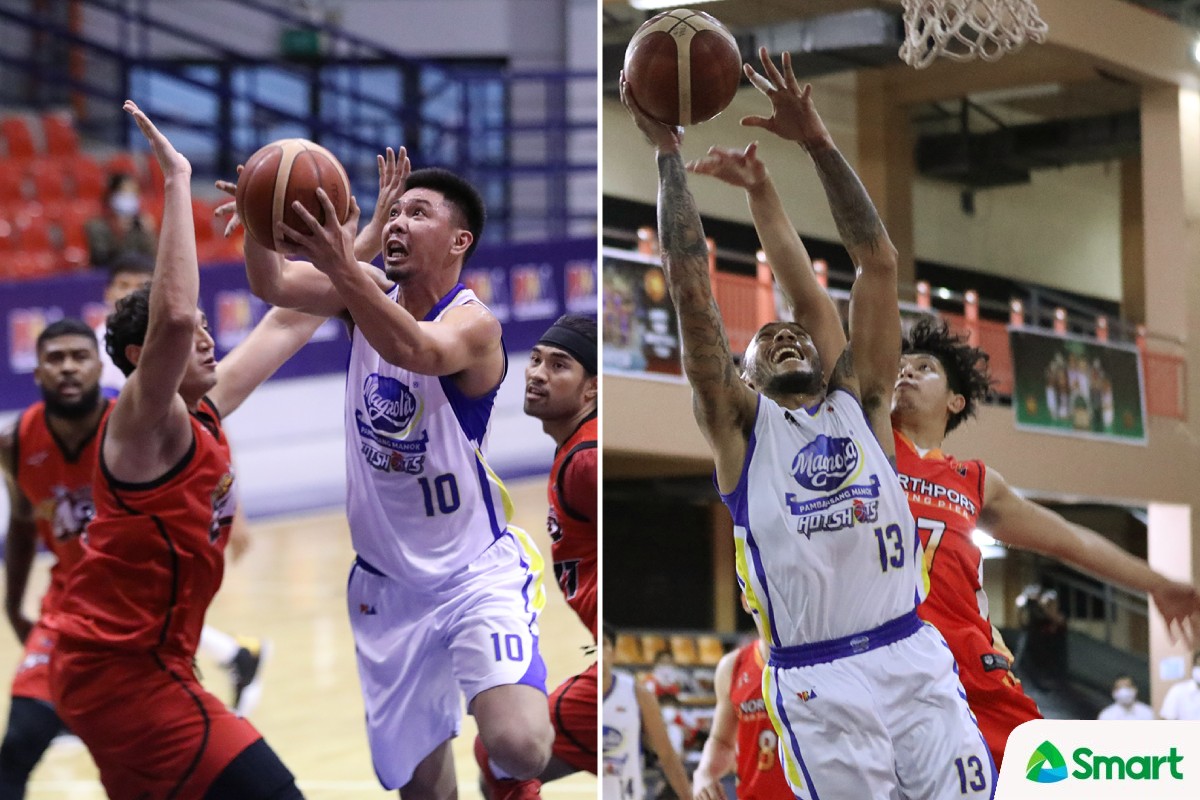 Magnolia head coach Chito Victolero couldn’t be any happier with how his wards executed the play drawn up that ultimately led to a buzzer-beating victory over NorthPort in a wild 2021 Honda PBA Philippine Cup affair, Friday.

Calvin Abueva and Paul Lee were the options in the set they planned, according to the one-time Coach of the Year. And the gunslinging guard appeared to be the recipient of the inbound pass when he popped out off a back screen.

Rome Dela Rosa, however, dished the ball instead to the ‘Beast,’ who was the one who came off that screen and headed near the rim. The latter then went on to create space for a shot, and sank it as time expired.

“That’s a designed play, a back screen to Calvin, an alley-oop. And then kung wala ‘yun, next option si Paul. Good thing na-execute,” said Victolero after their 90-89 victory at the DHVSU Gym in Bacolor, Pampanga.

“Thanks also to Rome, na malaki ‘yung dibdib at malaki yung puso to pass it to Calvin,” added the champion bench tactician.

It was yet another victory at the buzzer for Magnolia this season. Last July 21 in Pasig, it sneaked past Alaska, 84-82, for a 2-0 start.

The hero that time, though, was Ian Sangalang. There, the 6-foot-7 slotman caught the nifty pass of Lee and kissed it off the glass just in the nick of time, saving his side after coughing up an eight-point lead with four minutes left.

On Friday, though, Sangalang was reduced to a spectator in the endgame after being fouled out with 3.9 seconds left. But that did not make him any less happy to see his good pal Abueva come up clutch.

But beyond showing their end-game wits once again, Victolero and Co. are much more satisfied that the Hotshots have clinched a spot in the quarters.

The victory, which also atoned for their loss to Rain or Shine last week, improved their record to 7-3. Magnolia is currently at third in the standings, just behind no. 2 Meralco (6-2) and top seed TNT (9-1).

“That was our goal today,” he said. “We talked about our focus, at the same time yung what’s at stake in this game. This was our chance to go to the quarters, and then also we have a chance to take the number two spot.

“Talagang pinaghandaan namin at chinallenge namin yung sarili namin to get this W.”