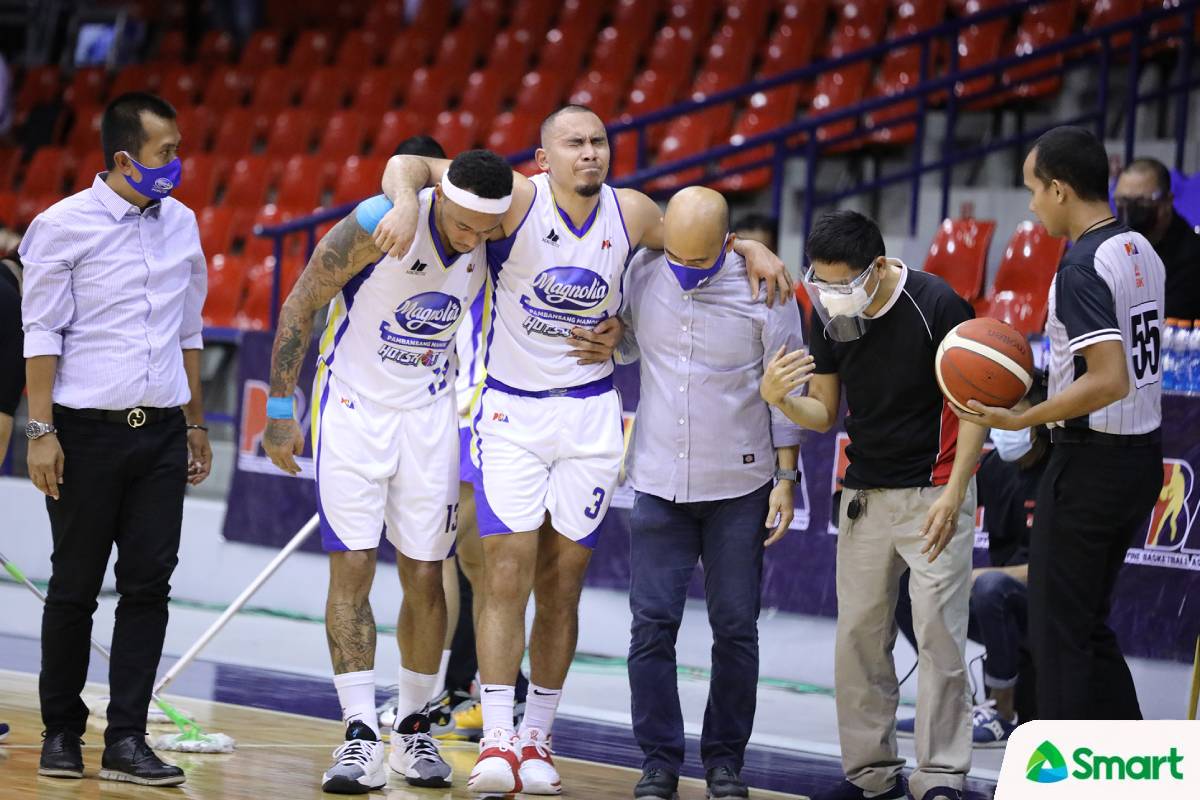 Magnolia head coach Chito Victolero hopes that Paul Lee did not suffer anything serious after getting hurt versus Terrafirma, Friday.

The 32-year-old star appeared to have injured his right hamstring following an attempt to run the break with 4:27 remaining in the second quarter. He had to be helped out by his teammates on the way to the bench.

He never returned since, leaving the game with only five points to his name alongside an assist and a steal in over 11 minutes.

Lee, though, didn’t have to worry much about the game. His teammates stepped up in his absence and delivered the rousing 105-83 victory to extend their unbeaten run to four in the 2021 PBA Philippine Cup.

Still, the team hopes for the best for their main man. Victolero said that there remains no diagnosis yet, but an MRI will be done soon.